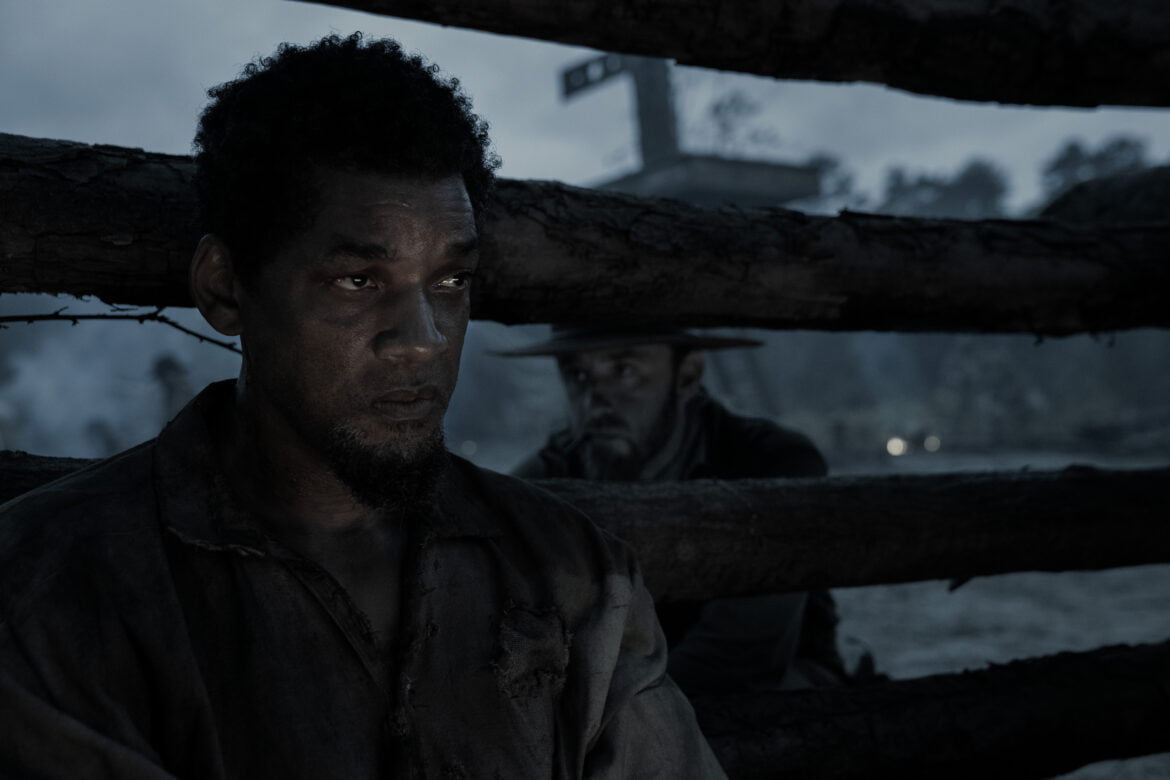 Will Smith must still be sore over his decision to pass on the lead role in Quentin Tarantino’s Django Unchained, because that’s the only logical reason the Oscar winning actor would have to show up in something as violent and tired as Antione Fuqua’s Civil War thriller Emancipation. It was reported that Smith turned down the role that Jamie Foxx made famous because he couldn’t connect to the violent, vengeful tone of Tarantino’s cartoonish revenge fantasy. So here, almost one year removed from the slap heard round the world at the Oscars, Smith shows up in a film that’s just as brutally violent in tone as the very thing he turned down years prior. Emancipation isn’t meant to be as amusing of a film about a slave turning the tables on his former captors, but it’s still cartoonish and exploitative in its own ways; a glorified grindhouse picture that thinks it’s somehow prestigious.

Smith stars a Peter, a slave from Louisiana of Haitian descent who is ripped away from his wife (Charmaine Bingwa) and children. Sent to a forced labour camp to build railroads in the dying days of the American Civil War (not long after President Lincoln proclaimed all slaves freed), Peter sees a chance to escape and runs off into the swamps. Hot on his trail is a cold blooded and calculating manhunter (Ben Foster), but if he doesn’t catch Peter, the dangerous bayou terrain, crocs, snakes, and insects might.

The bulk of Emancipation is standard cat and mouse stuff told through paper thin characters in the most cleanly and neatly drawn terms. Peter will get backed into a corner, occasionally lying low and sometimes finding ways to stealthily strike back against his pursuers. It’s not that there aren’t some well executed moments of suspense peppered throughout Emancipation, but rather that Fuqua is only interested in suffering and bloodletting, nothing coming remotely close to genuine human drama. It’s viscerally entertaining at times, but to what end, and why should this be entertaining when there’s very little vengeance to be found? Almost ninety of the 135 minutes in Emancipation is taken up by ho-hum survival movie tropes delivered at the same level that Fuqua usually reserves for one of his Equalizer movies with Denzel Washington. In those films (which also aren’t great by any stretch), the approach works because they aren’t pretending to be more than B-movies with a big star out in front. Here it feels hollow and reductive, and there’s nothing more to go on than watching someone trying to get from Point A to Point B.

Then again, Fuqua (Training Day, The Magnificent Seven, Olympus Has Fallen) isn’t a dramatist. He’s a stylist. And when working from a wheezy script provided by Bill College (Assassin’s Creed, New York Minute, The Transporter: Refueled), Fuqua decides that Emancipation is a good time to expand his visual palate, offering up a bizarrely over-stylized eyesore to look at. The cinematography from frequent Tarantino, Scorsese, and Stone collaborator Robert Richardson is skillful and kinetic, with some truly impressive tracking and overhead work throughout. But Richardson’s contributions are ruined by a virtually monochromatic colour grading scheme that makes no logical sense. The blacks,  greys, whites, and greens all pop, but the occasional bursts of other colours (orange, red, and brown) don’t crop up at moments that add to the dramatic weight of anything. Sometimes the colour of a flame will shine brightly, the skin of the actors will be fully visible in the moonlight, or the red dress of a girl on a plantation will be visible, but these flashes of vibrancy don’t always arise in scenes where they add anything to the narrative or tone, and some scenes that could benefit from some visual depth are as bland as they come. Emancipation has a lot of style, but it’s visually baffling to a point bordering on ineptitude. 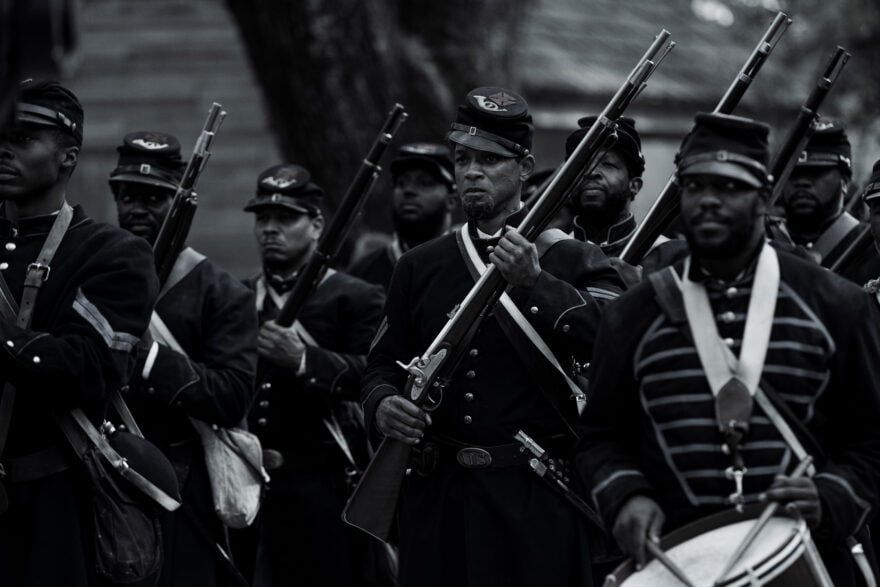 After sitting through an ugly, brutally violent slog for so long, it comes as a shock when Emancipation switches gears abruptly in its final 45 minutes to become an almost completely different and better film altogether. It’s arguably the film Emancipation should’ve been from the start. After running for a long time, Peter is brought into the fold of the Union Army and becomes a member of an all black regiment, the Louisiana Native Guard. It’s a compelling thread, one with substance and feeling rather than just a bunch of running and bloodletting. It’s a story that isn’t told often enough, especially when one realizes that these brave former slaves were still being used as farm workers and canon fodder by the very people who set out to free them. But as previously stated, this thread – the best part of the movie – comes after a long slog and nearly towards the end of everything, meaning Fuqua is just using it as an excuse to mount a giant, blow off action extravaganza ending.

Emancipation will draw a lot of eyes wanting to know if this is a vehicle that can help propel the PR challenged megastar back into Hollywood’s good graces, but they’ll likely greet this with a collective shrug. Smith isn’t bad by any stretch, but it’s the kind of part he could probably play in his sleep. In fact, this might be his best performance while playing a character with a thick accent. And it features him in action movie mode for a sizeable portion of the movie, which is almost second nature for Smith. It’s a basic hero’s journey in the purest sense, made for an actor known for playing larger than life figures. It speaks to Smith’s strengths, but much like the film built around the performance, it all stands for very little.

Emancipation isn’t unwatchable by any stretch. It’s just disappointingly familiar and boasts more than a few delusions of grandeur. If all you want is knives chopping people up, musket rounds ripping through bodies, animals attacking defenceless humans en masse, and the worst aspects of humanity reenacted in agonizing detail, Emancipation might be up your alley. But if you’re hoping for something original or substantive, best look somewhere else. 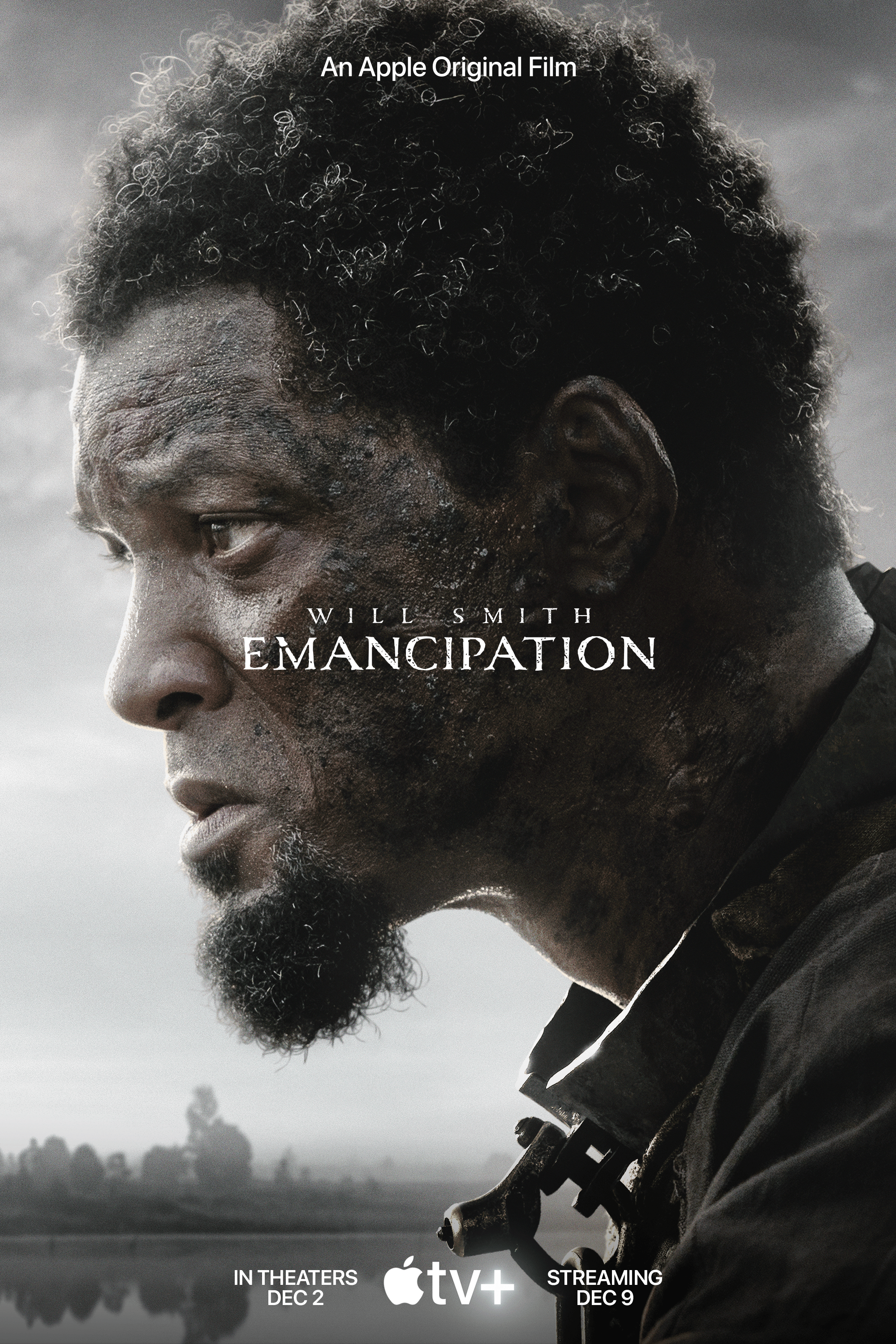