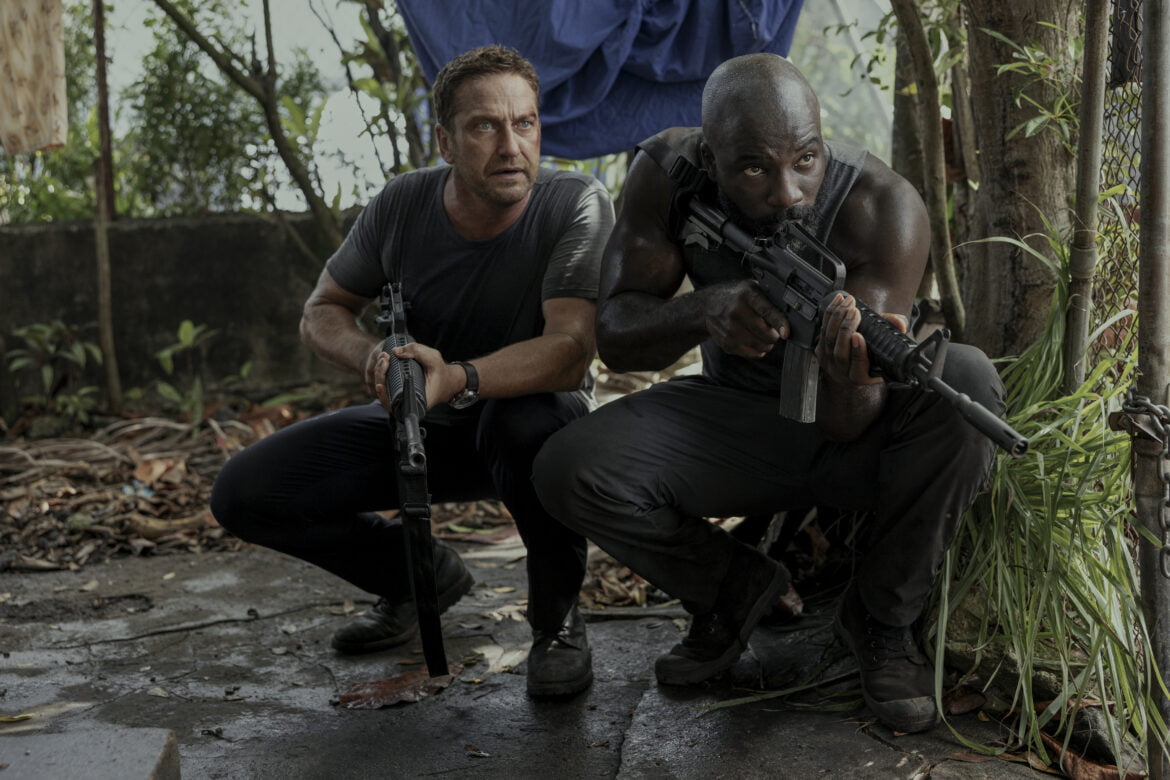 A dull and uninspired movie with a dull and uninspired title, Plane is as plain as action movies tend to come. If it were a colour, it would be clear. If it were any less involving than it already is, it would be a blank screen. If it were an object, it would be a rock being used as a paperweight to hold down the scripts of films that might actually be worth watching or making. And yet, it’s not that this January released, Gerard Butler starring action vehicle is inherently unwatchable or bad in a fun sort of way. It’s just monotonous, plodding, and wholly unsatisfying; the kind of film that when you’re sitting in a theatre watching it, you’ll wonder what the rest of your day is going to look like rather than engaging with anything happening on screen.

Butler stars as Brodie Torrance, an ex-RAF soldier turned commercial pilot, who now works thankless routes after being bumped down a few pegs following a passenger incident. Brodie is working on New Year’s Eve piloting a flight from Singapore to Hawaii by way of a stopover in Tokyo, hoping to spend the evening hanging out with his daughter in Maui. It’s a sparsely booked flight packed with every cliched passenger one can imagine. There’s the angry and entitled businessman, some giggling young women excited about their vacation, newlyweds, a twitchy looking guy, a tough guy and his mate, and, of course, a prisoner and former legionnaire named Louis Gaspar (Mike Colter) being extradited to Toronto by the FBI for a murder he allegedly committed fifteen years ago. None of them mean anything except for that last one.

Brodie and his fellow family man co-pilot are forced by their bosses to take the plane through some rough weather. And wouldn’t you know it? Their worst fears are proven true when they crash land following a loss of power. They find themselves stranded on a remote island in the Philippines that’s run by a rebel organization the military is afraid of engaging with, and without any possible way of contacting the outside world as to their whereabouts. Without many other options to navigate the island and look for help, Brodie warily agrees to free Louis in exchange for his assistance. 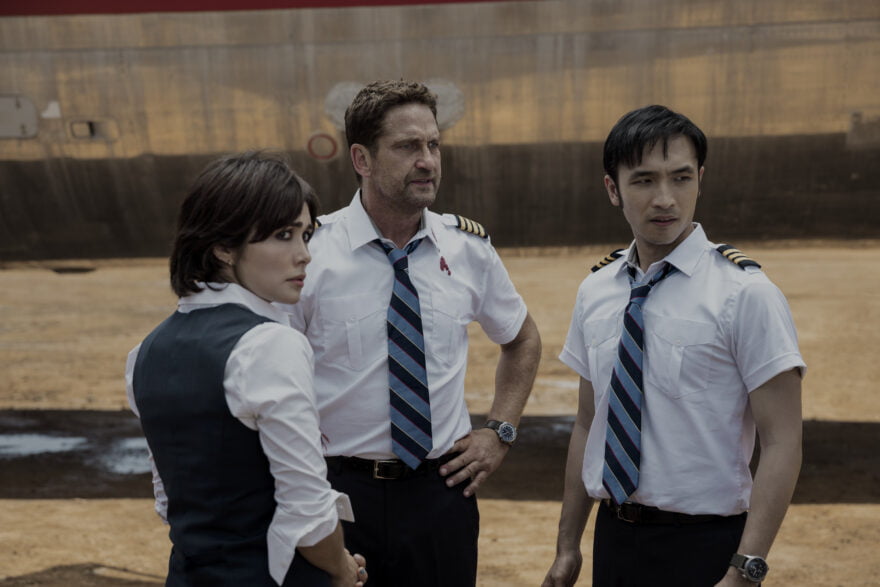 Plane, directed by French filmmaker Jean-François Richet (Mesrine, the remake of Assault on Precinct 13), has no discernible style, zero interesting substance, and boatloads of tedium. By the time Plane starts to integrate a small amount of action into the proceedings, the film has already crossed the halfway point. So little happens in the first half of Plane that it’s like watching a bunch of people looking at each other worriedly with little reason to invest in those worries. The characters are all archetypes that have been seen before, but the film never even gives these stock stereotypes anything of interest to do. They’re either the two heroes, or they’re potential cannon fodder to put in harms way once the rebels capture the passengers. The premise and idea that there’s no way at all to call for help is already a tough one to buy into, but presenting things as seriously as Richet does is a complete miscalculation. Even scenes away from the island where a PR shill (Tony Goldwyn, easily taking the title of best performance here) attempts to locate the plane from a far off boardroom adds nothing to the suspense or amusement factor. Plane is a dumb, drab looking film presented with only the most cursory amount of conviction and almost no sense of humour or fun.

Plane is clearly intended as a star vehicle for Butler, who perpetually looks like he couldn’t care less about being there. Either that, or Butler has leaned so far into his performance as a man who’s supposed to be unflappable under pressure that he forgot what human emotions are. Butler’s monotone performance is nothing but fitting for something this boring, but Plane makes a bigger sin by flat out wasting the contributions of Colter, who deserves a much better action vehicle than this. All we know about Colter’s accused criminal is that it apparently doesn’t matter in the slightest what he did to get on the flight in the first place. And if you’re waiting for any sort of clarity on that point, you’ll still be waiting long after the credits roll. Colter tries his best to infuse this with some degree of charisma, but no one was ever going to make Plane work on their own.

To Richet’s credit, things pick up slightly when the heroes finally try to save the day (including a neat bit involving a sledgehammer), but it’s far too little too late. Plane wears out its welcome far before it offers anything entertaining for the viewer, and even an all time great action sequence to close things out probably wouldn’t have save it. Instead, what viewers are left with is another ho-hum January release destined to clutter up streaming services and VOD listings in the future. Even those unlucky enough see Plane will likely struggle to remember ever having sat through it by the time 2023 wraps up. Plane is the cinematic equivalent of an odourless, tasteless gas. 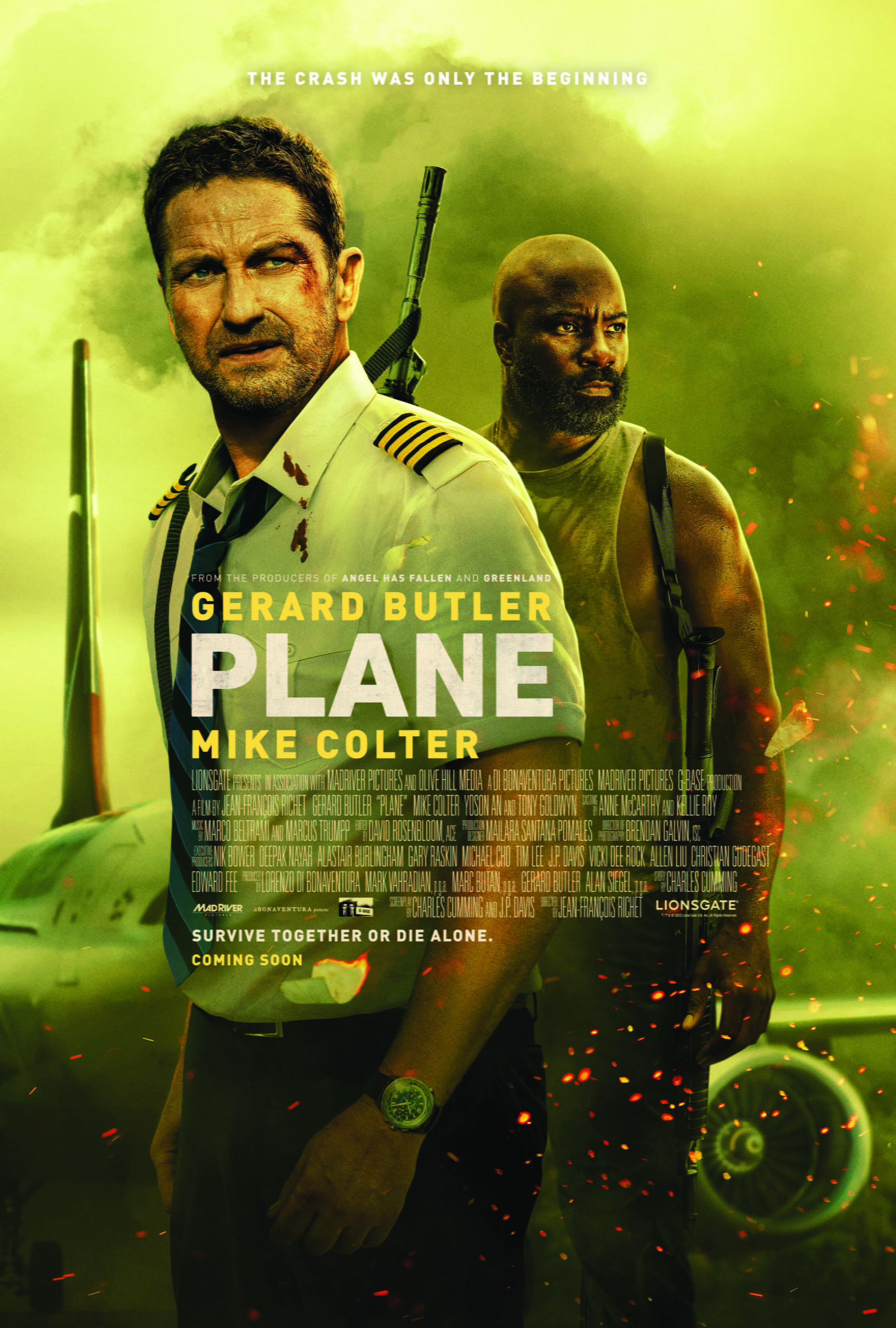