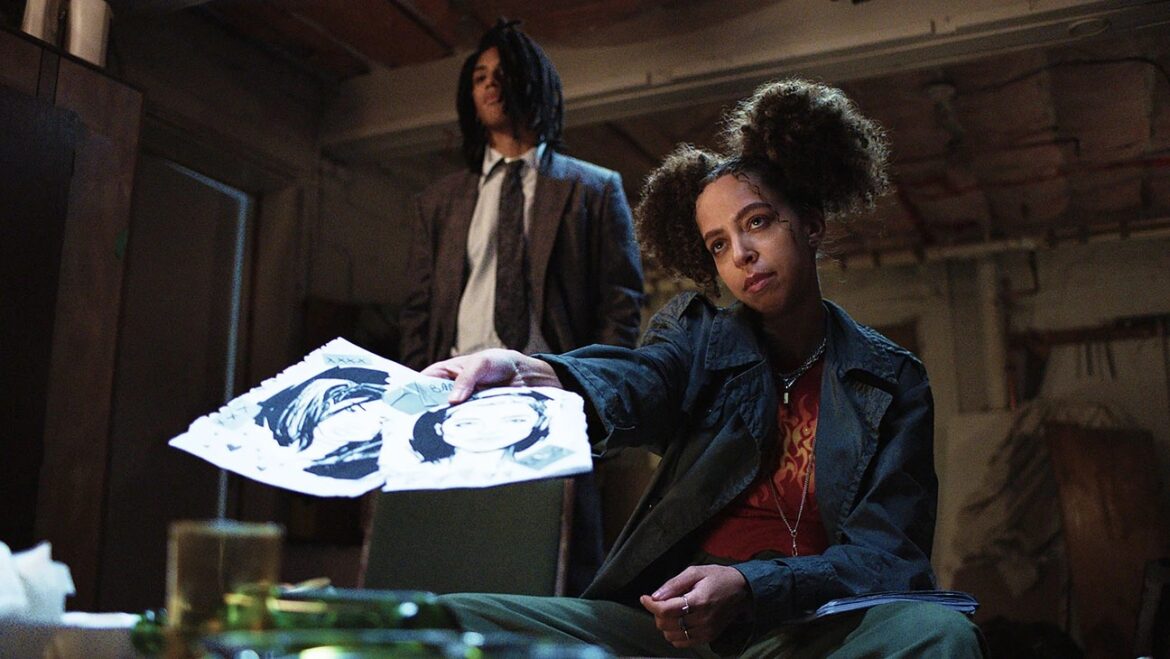 Although it doesn’t entirely work, writer-director Avan Jogia’s first feature Door Mouse has both an earnestness and courage of conviction that makes it rather likeable. Balancing hardboiled and sleazy Neo-noir tropes with a post-modern sense of playfulness, Door Mouse is a film that feels refreshingly free from compromise, even if it lacks in some elements of execution. It’s an odd duck of a film that hits some sour notes along the way, but it’s always engaging and never dull. I had a hard time figuring out if I actually liked Door Mouse while I was watching it, but in the end, my admiration for all the things it does well left a bigger impression than the down side.

Mouse (Riverdale alum Hayley Law) is an aspiring comic book artists who dabbles in self-published horror themed erotica that doesn’t sell all that well. To pay the bills, Mouse works the stage at a kinky, sparsely attended burlesque club. Her carefully cultivated and comfortable sense of routine is shattered when other girls at the club go mysteriously missing without a trace. Eager to get to the bottom of what’s going on in the streets (and to serve as inspiration for her next cycle of comics) Mouse and her closest friend – the ironically named Ugly (Keith Powers), who’s actually handsome and secretly wealthy – are drawn into a shady underworld and conspiracy of sex, drugs, human trafficking, and power.

Something feels off about Door Mouse from the start. The over-the-top, over-written, hard-boiled noir dialogue doesn’t sound authentically like something belonging to this particular style of cinema. Jogia tries very hard to give off “too cool for school” vibes, and in the process, Door Mouse initially comes across like the diary entries of a sixteen year old who has just started getting into cinema. There are many instances where the dialogue crosses the line from campy to cringe. (“You’re looking down dark wells, little door mouse, asking dangerous questions.” “It’s not a name you say out loud if you can help it.” “You can only crawl on the ground for so long before the dirt starts sticking to you.”) It’s hard not to roll one’s eyes just a little bit. 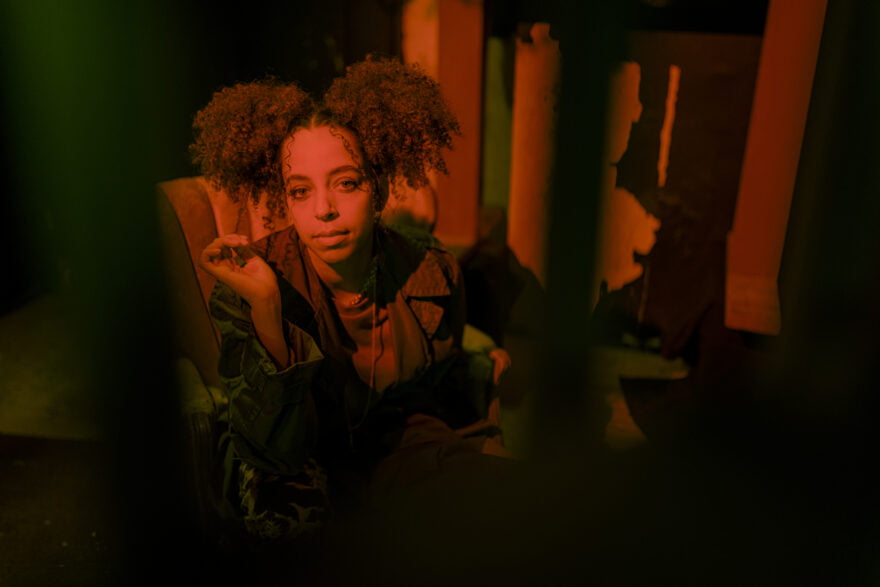 And yet, that’s paradoxically one of the most endearing things about Door Mouse. It’s a confident film that’s willing to take these big swings without overthinking the approach. There is a unique and distinct vision to Door Mouse from which Jogia never deviates. It literally sounds silly at times, but Door Mouse also has a brain to go along with its overactive imagination. Jogia (who also takes on a supporting role as a local drug dealer) has a lot of interesting things to say about the creative process, sex work, capitalism, and double standards, and the themes of Door Mouse are well integrated into the whole. The earnestness of the film actually helps to highlight the things it wants to say rather than distracting from them.

It also helps immensely that the pacing and construction of the core mystery Door Mouse revolves around is genuinely good. The characters are fascinating, giving rising stars like Law and Powers ample chance to shine, and offering veterans like Famke Janssen (as the club’s motherly owner) and Donal Logue (as the club’s best customer) some character work to sink their teeth into. And while this Canadian production is admittedly hamstrung by a low budget (extending to some nifty black and white animated sequences that seem to be taking the place of set pieces that might’ve been too expensive to film), the set design and location choices show a lot of visual ingenuity.

Door Mouse is an easy film to like because below it’s tough talking exterior lies a production that feels like it was made purely out of love. This couldn’t have been an easy film to get off the ground and to find people willing to take a chance on it. And while it’s never as tough or nutty as it could’ve been with more resources, it’s kind of a miracle that it exists. I’m positive that Door Mouse has an audience out there that will greatly appreciate what it’s going for, and I’m curious to see what Jogia’s next move behind the camera will be. It’s a perplexing movie, but one that’s fun to think about even after it ends. 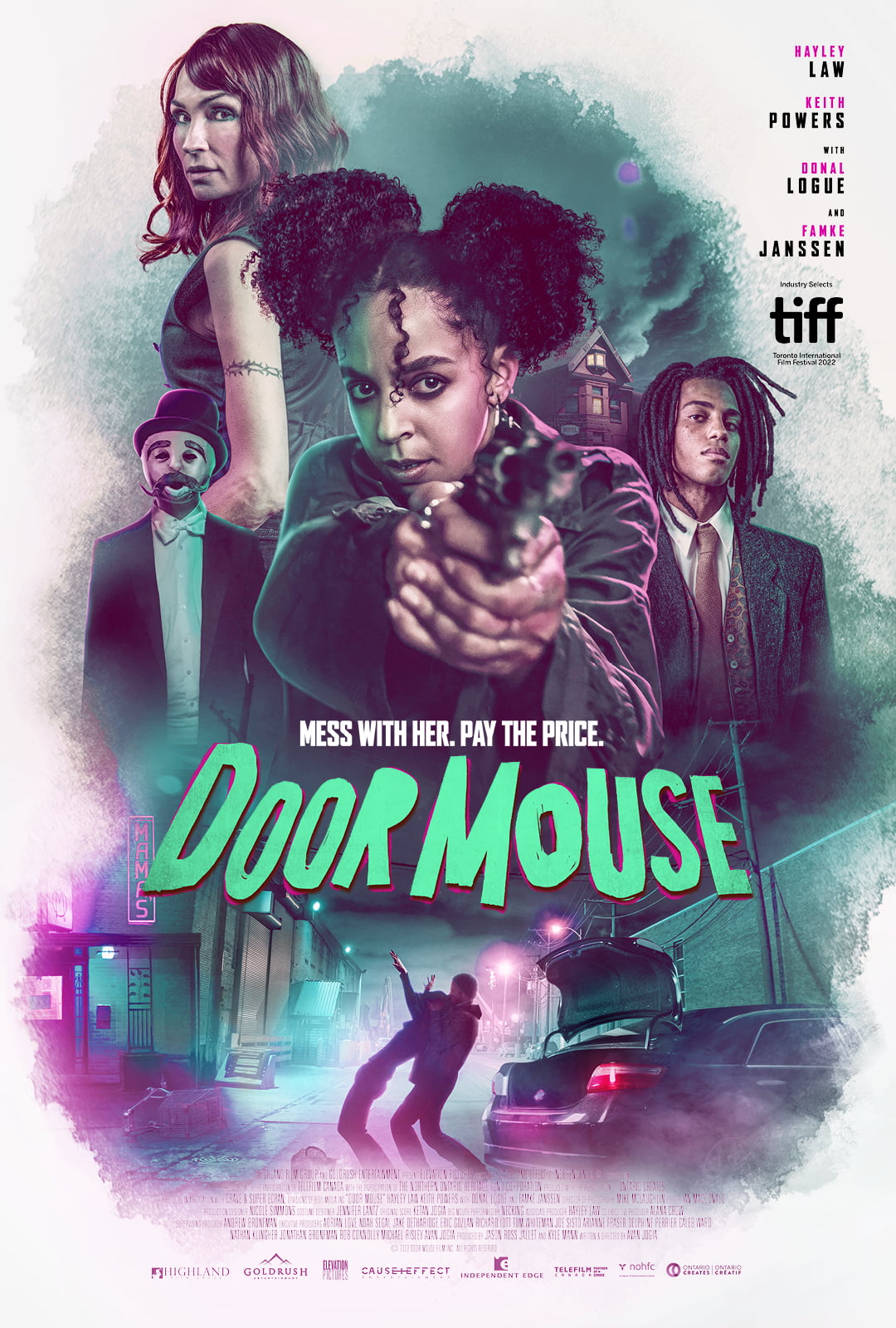