Saint Omer Review | Is the Devil in the Details? 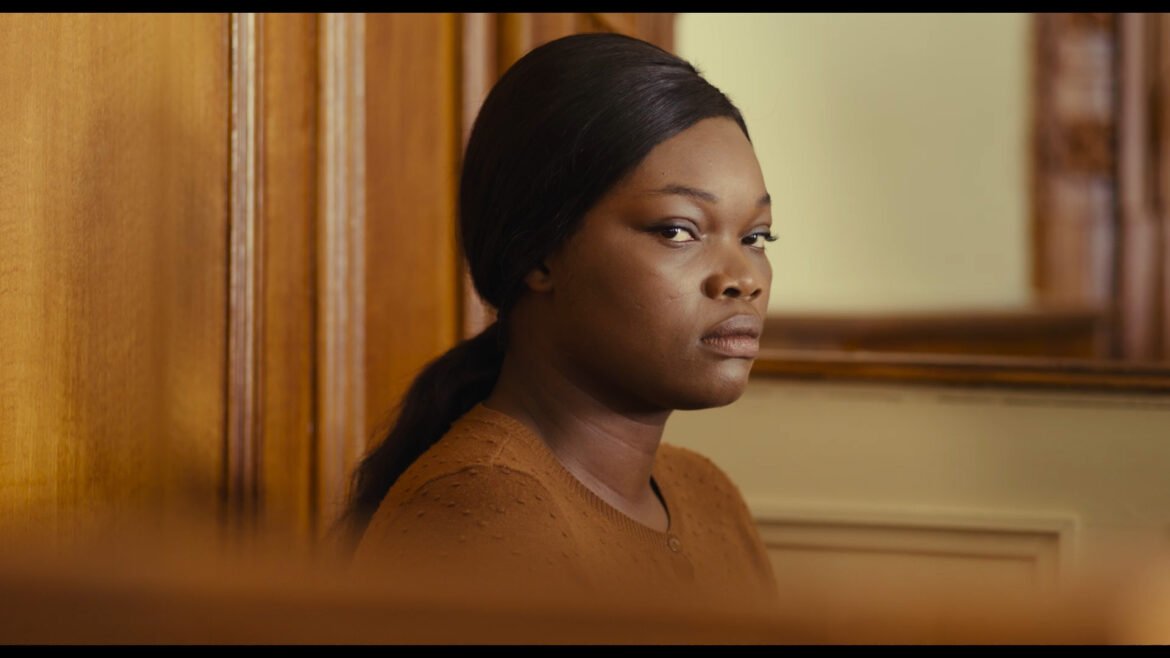 A restrained, slow burning, and heart wrenching drama, Alice Diop’s first fictional feature, Saint Omer, asks the viewer to stare directly into its light and darkness without flinching. Boasting a deeply philosophical bent and attention to sometimes mundane procedural detail that’s hard to invest in at first, Saint Omer  eventually boils over, becoming an emotionally complicated, culturally significant, and morally sticky look at motherhood, academia, the immigrant experience, and criminal justice. It’s a lot to take in – and arguably too much for just a single viewing – but France’s most recent selection for international Oscar contention is one of the densest and most delicately constructed films of the year.

Pregnant and struggling novelist and professor Rama (Kayije Kagame) travels to Saint Omer to take notes on a landmark trial that she hope will serve as inspiration for her latest work, a contemporary updating of the myth of Medea. The defendant at the trial is Laurence Coly (Guslaige Malanda), an intelligent, academically learned young woman of Senegalese descent accused of murdering her fifteen month old daughter. Laurence doesn’t exactly deny that the crime happened, but suggests that she’s the victim of a powerful curse. Amid questions of belief and culpability, the trial forces Rama to come to terms with brewing tragedies in her own life, as well as her own impending motherhood.

After initially spending some time getting to know Rama, Diop (whose background in documentary filmmaking serves the hyper-realistic material well) settles into a bit of a dramatic lull akin to a lengthy procedural. At first, one begins to wonder if this rigorous an approach is the best way to tell a story with such wide ranging and various implications, but once the trial begins (based on a real case Diop observed and documented from 2013 to 2016) and Rama begins a deeper personal and professional investigation, Saint Omer clicks brilliantly into place.

When embedded fully in the courtroom, Saint Omer unfolds in a series of lengthy scenes and unbroken takes that feel like watching an actual trial. Outbursts are generally minimal and restrained, and the emotional nature of such a high profile murder trial is kept in check by a desire to keep the focus on facts over feelings; something that requires a delicate touch when the defendant is trying to relay spiritual and supernatural reasoning to a jury that isn’t made up of her peers in the slightest. For those who wish courtroom dramas felt a lot more realistic, Saint Omer will be a breath of fresh air, and one that forces all who watch it to pay close attention to the themes in play and how they’re being expressed. It’s a film where context is key. 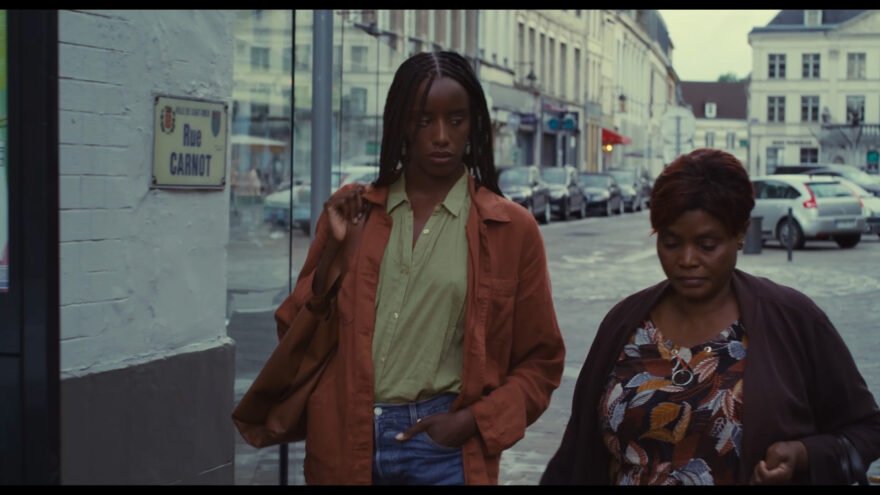 It’s in these scenes that Malanda delivers one of the year’s finest and most delicate performances. Depending on how one chooses to view the motivations and reasonings of Laurence, the character can either seem cold and calculating or matter-of-fact and confident. Malanda’s performance speaks volumes to Diop’s approach. Here is a black woman in a predominantly white courtroom accused of a heinous crime none of them could possibly understand, so her response is almost purposefully and tragically muted. It’s a quiet bit of acting, but very potent, and requiring someone to deliver a lot of information to the audience without speaking or overly emoting. It’s a performance that perfectly matches the pitch and pace of Diop’s direction.

Malanda’s performance also helps to illuminate what Kagame’s character is going throughout outside the courtroom. Outside of the opening and scenes that take place between the trial dates, Rama is also forced into silence. Even when she’s not being a quiet observer, Rama is plagued by fears and guilt that she can’t put into words. Sometimes, it almost feels like Rama envies Laurence, a woman who still has the love and support in her life that she lacking in her own. The trial is clearly taking a toll on Rama, but how much of it is the nature of the case and how much is the reflection that it has sparked within her?

Saint Omer isn’t a film built around grand moments of catharsis or easy answers, and at times Diop’s rigid approach is more overwhelming than inviting. But the deeper the film dives into its two primary characters and the points where their troubles intersect and diverge, the more lively and enriching it all becomes. At the start, Saint Omer feels like an exercise where some parts are missing. By the end, not everything will be addressed with great specificity, but a complete, captivating, and purposefully vague picture comes into brilliantly sharp focus, one that cares deeply about issues of race, status, origin, intent, and what it actually means to commit a crime down to a microscopic level. 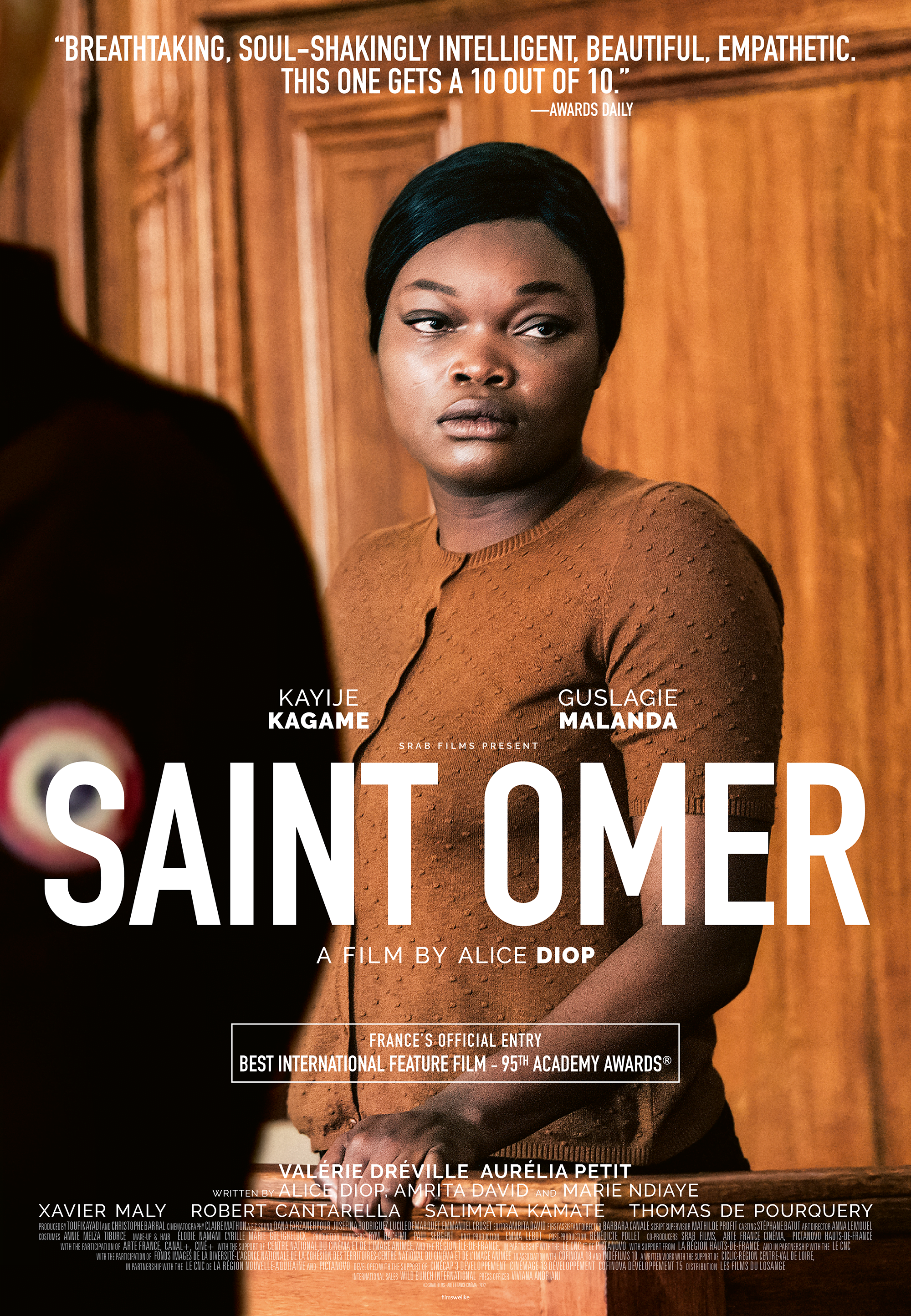