Turn Every Page: The Adventures of Robert Caro and Robert Gottlieb Review | Decades in the Making 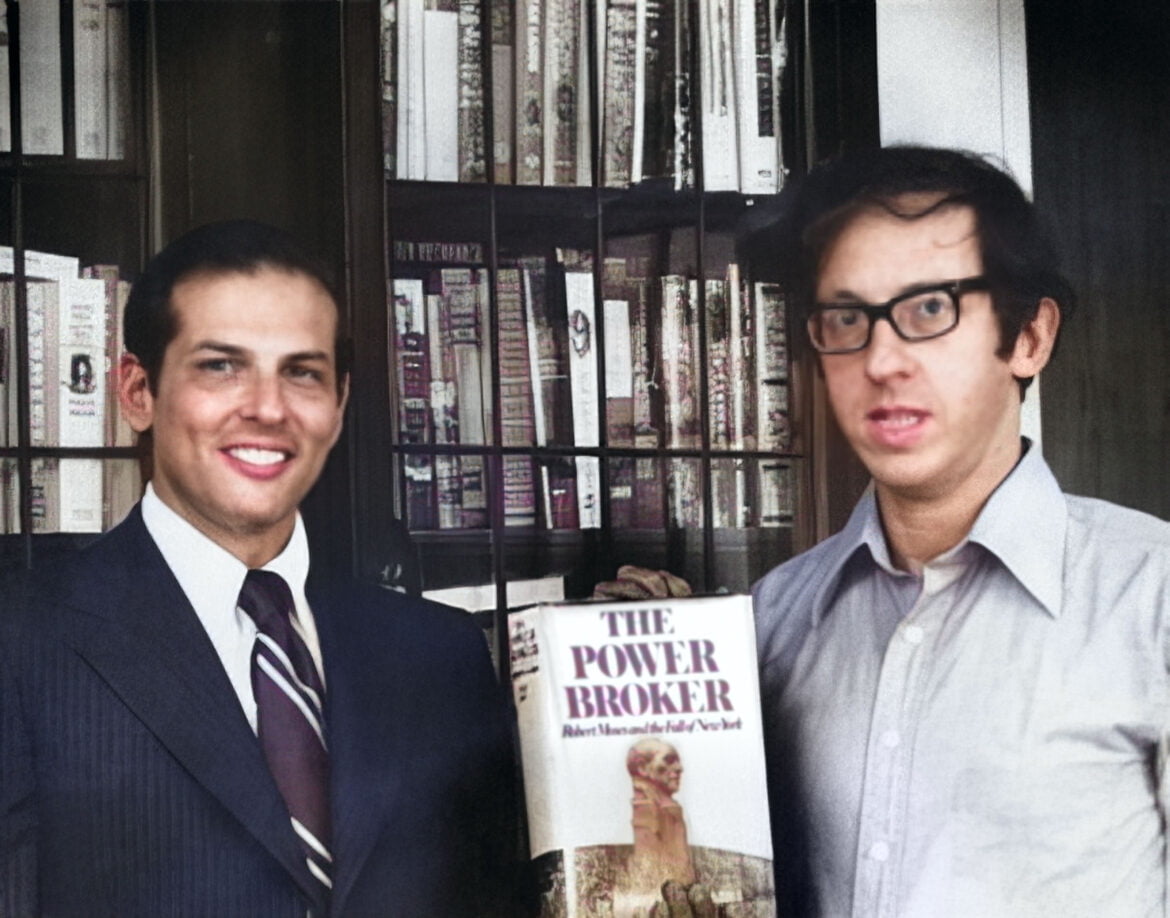 While it would appeal most primarily to bookworms, writers, and political science enthusiasts, Turn Every Page: The Adventures of Robert Caro and Robert Gottlieb is a captivating deep dive into the relationship between an author and their editor. A fine tuned look at the well oiled, understanding, patient, and sometimes contentious professional relationship (one would hesitate to call it a friendship) between nonfiction writer Robert Caro and legendary editor Robert Gottlieb, Turn Every Page shows love for the creative process and might have the power to make casual viewers excited to read a fifty year old, thousand-plus page book about public policy and political influence.

Director Lizzie Gottlieb, daughter of Robert, obviously has an “in” with one of her subjects here. Although he’s technically retired, Robert Gottlieb remains one of the most respected and revered editors in the history of publishing; quite a feat when one remembers that the goal of a great editor is to stay unseen and help facilitate the vision of an author. Go into any bookstore in the world, and Gottlieb’s unseen hand is all around you. He’s famously worked with Toni Morrison, Michael Crichton, Bill Clinton, John le Carre, and hundreds of other bestselling writers and public figures. But when pressed to talk about his most cherished professional relationship, Gottlieb (also an accomplished writer in his own right) points to the one he has with Robert A. Caro.

The publicity averse Caro is a harder nut for Lizzie Gottlieb to crack, although neither of them seems all that comfortable letting anyone in on the intimate details of their editing sessions. Caro, in his 80s, and Gottlieb, who just turned ninety, are still collaborating on the writer’s latest, and more likely than not last years-in-the-making effort, a final volume to a famed series looking into the life, presidency, and legacy of Lyndon Baines Johnson. While those books have developed a fervent following and prize winning success, their first collaboration probably remains their most famous and towering achievement. 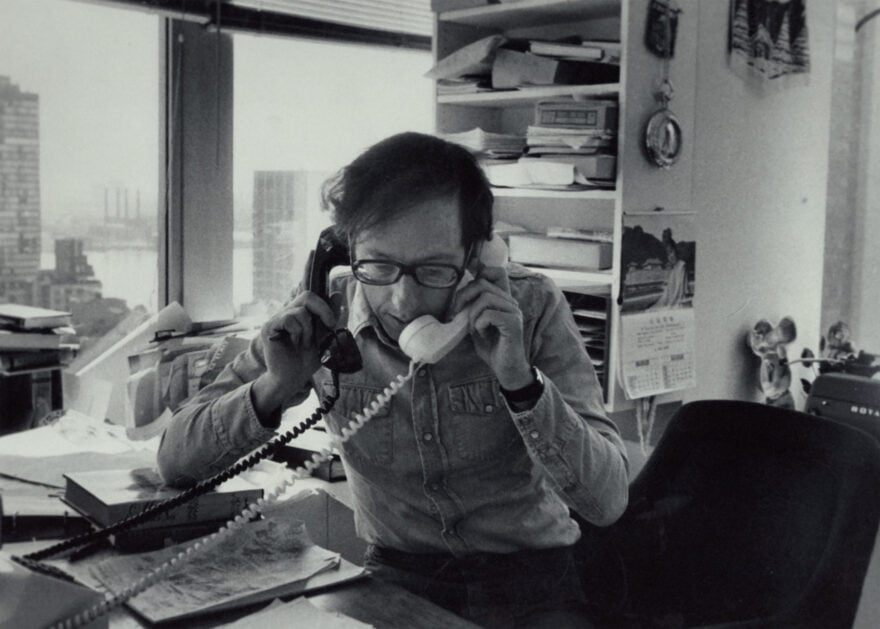 Turn Every Page: The Adventures of Robert Caro and Robert Gottlieb focuses primarily on the writing, editing, and publication of The Power Broker, a look at Robert Moses, the most famous and powerful urban planner to ever live. Moses’ achievements shaped New York City into the economic and cultural hub it is today, for better and for worse. Caro’s professional obsession (which is still only available as a massive book and not in any digital form) became a massive, ungainly tome that most publishers and editors passed on. But Robert Gottlieb saw the power in Caro’s work, which was highly detailed, historically rich, and most importantly, read like great fiction and not a stodgy academic work. Together, they pared things down to a single volume work that was as long as a book spine could physically contain, and a legend was born.

Turn Every Page: The Adventures of Robert Caro and Robert Gottlieb has plenty of testimonies from a wide variety of admirers. It’s understandable that journalists, writers, and politicians like Barak Obama and Bill Clinton would sing the praises of The Power Broker, but so too do showbiz luminaries like Ethan Hawke and Conan O’Brien. The book has become a staple and unlikely status symbol on the shelves of readers the world over. Lizzie Gottlieb’s work will only help to further that legend, but her documentary does an exceptional job of measuring that impact and what it means to the people most closely associated with its publication and success.

In terms of its construction, Turn Every Page: The Adventures of Robert Caro and Robert Gottlieb is straightforward. It’s a talking head heavy documentary, with some interesting archival material peppered throughout. It’s not flashy, and the subjects might deserve something a bit more ambitious to match their own tremendous talents, but there’s also nothing here that’d distracting from the work and relationship Lizzie Gottlieb wants to talk about. And that’s what shines through and matters most.

It’s a film that lovingly depicts what might’ve been the last truly great era in publishing; an era where the power of writing was just as important as the accuracy of the facts. The titular subjects are voracious readers and writers who have different personalities and opinions, but think in equally epic terms. They hold fast to the belief that any subject is interesting provided that one dives deeply enough into it. The documentary Turn Every Page: The Adventures of Robert Caro and Robert Gottlieb follows that viewpoint very well.

Turn Every Page: The Adventures of Robert Caro and Robert Gottlieb opens at Carlton Cinemas in Toronto and Vancity in Vancouver on Friday, January 20, 2023. It opens in Ottawa on January 27, and expands to additional cities throughout the winter. 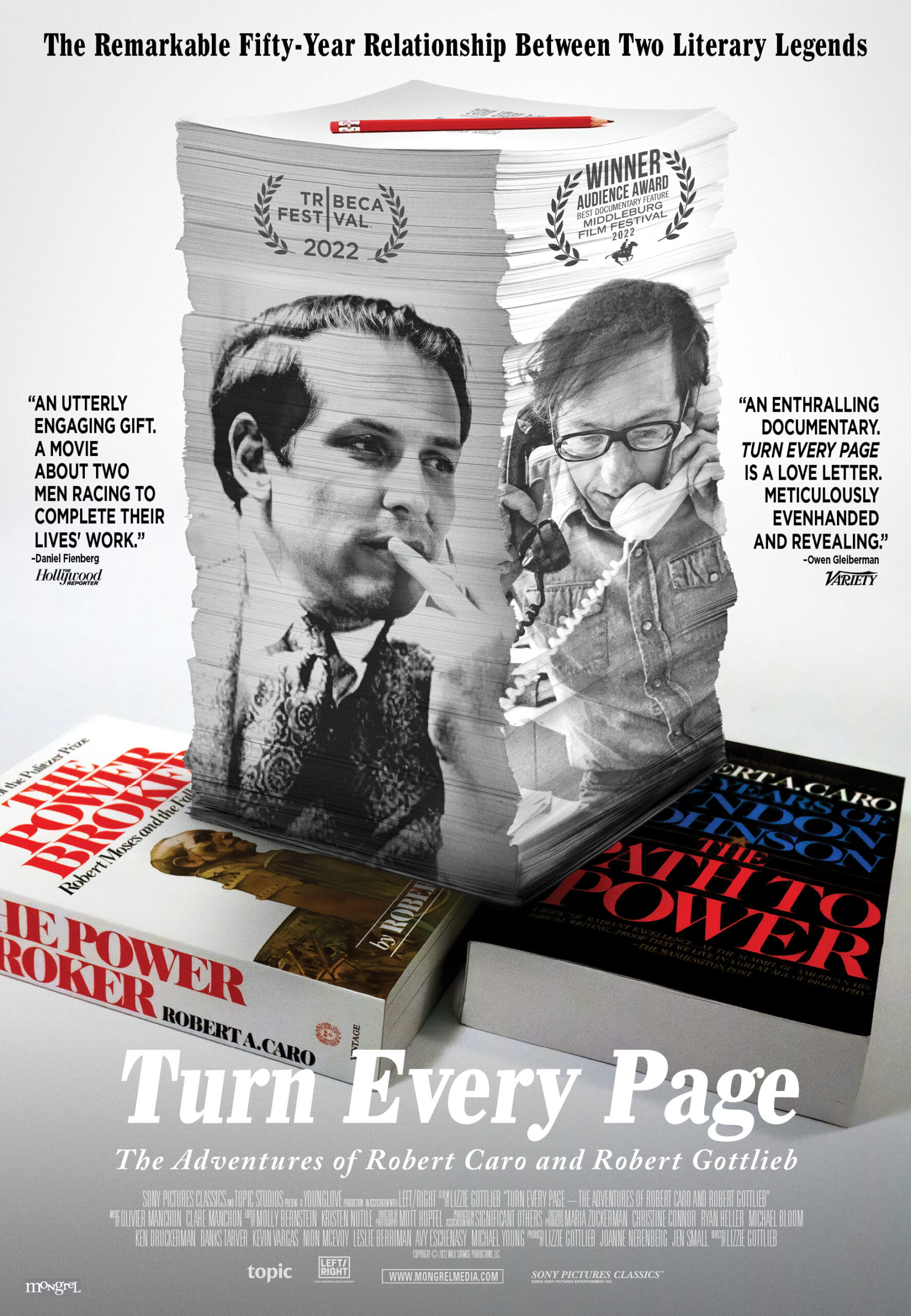