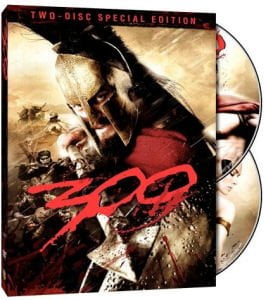 The end of the year is here, and with very little to tell you about in the way of new releases, I thought I’d take a look back at 2007 and remind you of some of this year’s best DVDs. Hundreds of films have made their way to stores this year, but I’ve narrowed the list down to 20 of the most notable releases.

TOP PICK
Blade Runner – The Final Cut: Ultimate Collectors Edition
This is a massive, fan-friendly boxed set that includes everything for the die hard Ridley Scott or Blade Runner addict. The focus of the whole package is a new cleaned-up director’s cut of the film with enhanced video and audio quality, plus a few nips and tucks in the overall editing. If the big boxed set is a bit more Blade Runner than you need (it retails for around $85), the film also comes in a 2-disc special edition for a mere $18.99 at most stores.

ACTION
The action category gets top billing if for no other reason than the fact that these films get packaged right, and always include lots of extras. My favorites this year include: Casino Royale – one of the best James Bond films ever made with Daniel Craig managing an unforgettable take on this classic character; 300 – Frank Miller‘s graphic novel come to life with Gerard Butler as King Leonidas; Transformers – the first film that offers utterly perfect special effects – it’s impossible to see where reality ends and the robots begin; Live Free or Die Hard – a stellar action sequel that also has another first – Fox offered a digital version of the film with the DVD so you can take it on a portable device; and finally The Bourne Ultimatum – the third film in the incredible Jason Bourne series that might just be one of the best action series of all time.

DRAMA
Topping my list of favorite dramas this year is Martin Scorsese‘s gritty cops and robbers film, The Departed, which won four Oscars and features a vibrant cast led by Matt Damon, Leonardo DiCaprio and Mark Wahlberg. My second choice is Children of Men, an eye-popping sci-fi drama set in the future where mankind has lost the ability to reproduce. Starring Clive Owen, the story is moody, and very, very dark, and features incredible visuals. And Pan’s Labyrinth is a visually stunning fairy tale with a strong story that deals with the Spanish Civil War of 1944.

COMEDY
With all of these films scoring big for me in different ways I couldn’t choose one favorite above the others, so I’m equally recommending Superbad, Ratatouille and The Simpsons Movie as the best comedies of the year. For the kids and foodies out there, Ratatouille is another genius film from Pixar (the same people who brought us Finding Nemo and Cars) that is both funny and smart. The Simpsons Movie will please all those fans who have been waiting years for a Simpsons movie, and features a hilarious story that will keep you laughing throughout. And Superbad is a coming-of-age story that has a surprisingly sweet side to its otherwise teen-party atmosphere – if you enjoyed The 40 Year Old Virgin, you are bound to love Superbad too.

TELEVISION
Looking very briefly at television boxed sets, there are a lot of great series available, and with the television writers strike holding up production on any new shows, there’s no better time to pick up a new TV show on DVD.

My favorites include season one of the hit Heroes, the teen drama My So-Called Life, the huge fan favorite Dexter, the comedy 30 Rock, and season six of 24.

And for anyone looking for a whole bunch of TV at once, there were a number of packages out this year with entire seasons in one DVD set. There are lots of shows to choose from, but my two favorites had to be MacGyver and The X-Files.

THE LOSER
Finally, there was one disappointing release in 2007, and it was Sam Raimi‘s Spider-Man 3. After the success of Spider-Man 2 it was a huge let-down to see Raimi let the story drop into a mess of villains and plots that just didn’t go together. Spidey fans will appreciate the appearance of Venom, but it’s a fleeting pleasure amid this otherwise flawed film.