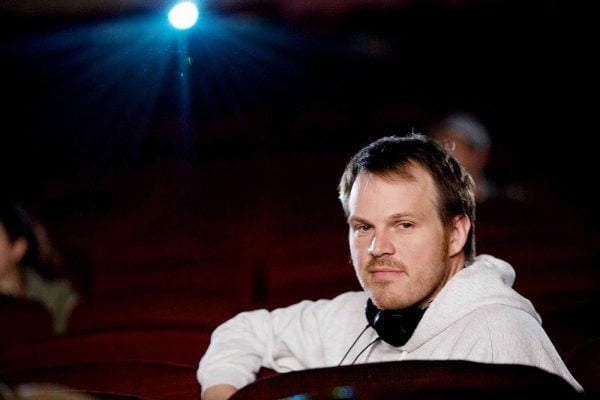 Director Marc Webb on the set of 500 Days of Summer

“This is a dream come true and I couldn’t be more aware of the challenge, responsibility, or opportunity,” Webb was quoted in the release.

“Sam Raimi’s virtuoso rendering of Spider-Man is a humbling precedent to follow and build upon. The first three films are beloved for good reason. But I think the Spider-Man mythology transcends not only generations but directors as well,” the director added. “I am signing on not to ‘take over’ from Sam. That would be impossible. Not to mention arrogant. I’m here because there’s an opportunity for ideas, stories, and histories that will add a new dimension, canvas, and creative voice to Spider-Man.”

Taking the film in a new direction, Spider-Man 4 is expected to look back on Peter Parker’s days in high school, as he struggles with his new found powers.

Sony Pictures’ co-chairman Amy Pascal, and Columbia Pictures’ president Matt Tolmach jointly stated in the release that “Spider-Man is a small, intimate human story about an everyday teenager that takes place in an epic super-human world. The key for us as we sought a new director was to identify filmmakers who could give sharp focus to Peter Parker’s life. We wanted someone who could capture the awe of being in Peter’s shoes so the audience could experience his sense of discovery while giving real heart to the emotion, anxiety, and recklessness of that age and coupling all of that with the adrenaline of Spider-Man’s adventure. We believe Marc Webb is the perfect choice to bring us on that journey.”

Of course, this announcement wouldn’t be complete without a statement from Stan Lee, the co-creator of Spider-Man, who said, “I’m excited that Sony has chosen a director with a real penchant and understanding for the character. This is a brave, bold direction for the franchise, and I can’t wait to see what Marc comes up with next.”

Spider-Man 4 is set for release during the summer of 2012, and will begin production later this year. No details have been announced yet regarding casting or the film’s plot. None of the film’s previous stars are expected to return, however.