Film Friday: ‘Edge of Darkness’ and ‘When in Rome’ 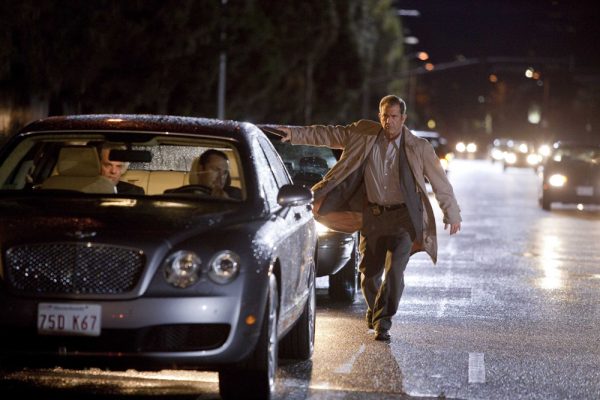 Mel Gibson in Edge of Darkness

Director Martin Campbell’s Casino Royale has been regarded as one of the best James Bond films ever made. The film gave long-time Bond fans a reason to love the series again, thanks in part to the gritty story that focused more on the 007 agent than his gadgets.

In Campbell’s latest film, the director sticks to familiar territory with a film version of his 1985 BBC miniseries of the same name.

Starring Mel Gibson, Edge of Darkness follows a Boston detective who finds himself working to unravel a conspiracy after his 24-year-old daughter is killed on his front door.

Thinking at first that the killer meant to murder him, detective Thomas Craven uncovers clues that suggest something much bigger is happening, and his daughter somehow got caught in the middle. Investigating government corruption and collusion with a powerful corporation, Thomas begins to understand that his activist daughter may have simply gotten involved in a conspiracy that people were willing to kill to protect.

Facing off against a secret government agent, played Ray Winstone, who is working to cover up all traces of the conspiracy, Thomas will ultimately do anything to find all the answers he is seeking.

Based on a number of reviews from critics, Edge of Darkness seems unlikely to impress moviegoers the way Casino Royale did, but it’s not exactly getting bad reviews either.

Owen Gleiberman of Entertainment Weekly summed the film up in his review: “As compressed and updated by screenwriters William Monahan and Andrew Bovell, it’s just a conventional, divertingly propulsive, borderline boilerplate corporate-high-jinks thriller.”

Like a number of other critics though, Tom Horgen of the Minneapolis Star Tribune was not impressed with the end result. “Is this a drama about a father’s loss? No. Is this a political thriller? Maybe, but a good thriller should consistently surprise the viewer. The movie’s revelations are met with a resounding ‘duh.'”

Scoring much lower on critic’s lists this week, director Mark Steven Johnson tries his hand at a romantic comedy, with Kristen Bell playing a young woman who dreams of finding true love.

Taking a trip to Italy, she seems to be looking for love in all the wrong places and decides, maybe not so wisely, that she will take some coins from a fountain of love, with the idea that the men who tossed in those coins will fall for her.

And, sure enough, that’s exactly what happens, with those lucky men being played by Danny DeVito, Jon Heder, Dax Shepard, and Will Arnett. Her only real hope might be a handsome journalist, played by Josh Duhamel, who might genuinely care for her.

While there’s nothing wrong with a fun throwaway romantic comedy, the reviews for this film are simply abysmal. Johnson’s film has a rating on RottenTomatoes.com of 19% fresh, and it’s worth mentioning that he previously directed the somewhat lame comic book adaptation, Ghost Rider.

“Comedies require precision, and there’s none here,” Amy Biancolli wrote for the Houston Chronicle; “instead, characters and scenes bash into each other with no evident purpose or logic.”

While Stephen Whitty of the Newark Star-Ledger apparently disliked the cast. “The screechy Bell has the delicate charm of a scraped blackboard,” he wrote, “[and] the dully handsome Duhamel looks like a Land’s End catalog come to fitful life.”

February 12:
Percy Jackson and the Olympians : The Lightening Thief
The Wolfman
Valentine’s Day