Film Friday: ‘Shutter Island’ and ‘Céline: Through the Eyes of the World’ 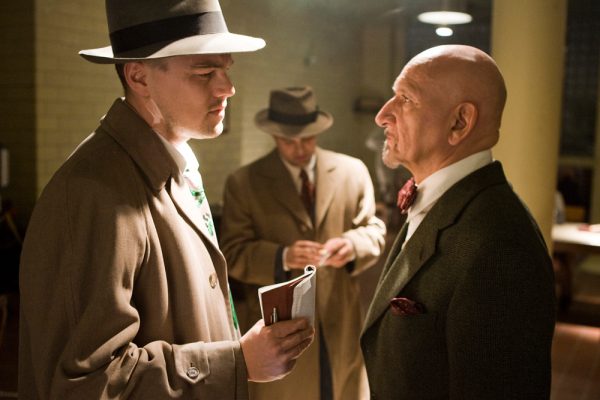 Director Martin Scorsese obviously has a thing for crime stories. The Oscar winner has made a number of remarkable films in his lifetime, but the best of his films all hover around the central theme of villains and their deeds.

Digging into the clues, Teddy feels like he’s onto something, and could break the case, but for whatever reason, the hospital staff won’t give him access to the files he needs. More troubling, however, is a sudden hurricane that cuts the island off from the outside world, and gives a number of inmates the opportunity to escape their cells.

Based on the original best-selling novel by Dennis Lehane, who also wrote Gone, Baby, Gone and Mystic River, there is little doubt that the source material is very strong. Looking to a number of major critics, the film adaptation is also looking strong, but it’s not getting perfect reviews.

Bill Goodykoontz of the Arizona Republic wrote, “It may not have any of the technological bells and whistles of the latest 3-D offerings, but no movie in recent memory immerses the audience so deeply in its look and feel as the old-fashioned, two-dimensional Shutter Island.”

Other critics complained however that the film is far too jumbled to really work on screen.

“How could this many talented people get so utterly, confoundingly messed up?” Rex Reed wrote for the New York Observer. “How could a director considered such an icon make so much money and demonstrate so little control?”

Céline: Through the Eyes of the World
Starring: Céline Dion
Director: Stéphane Laporte

Following her Taking Chances Tour in 2008 and 2009, Céline: Through the Eyes of the World is a concert documentary that goes behind the scenes with superstar Canadian diva Céline Dion as she visits 93 cities, and sings for some 3 million fans.

Playing for only eight days, the film travels with Dion as she performs, and visits with fans around the world. It’s also a very personal look at Dion’s life backstage with husband and manager René Angélil, and their family.

Produced from over 800 hours of footage, Céline: Through the Eyes of the World is filled with many of Dion’s best-known songs, and will obviously be a must-see on the big screen for any fan.

As Richard Ouzounian of the Toronto Star wrote, “If you like Dion, the singer, then you will love Céline: Through the Eyes of the World.” Adding, “But even if you don’t, you can’t help but be impressed by this fascinating portrait of a superstar trying very hard to keep her feet on earth while her career keeps soaring ever upward.”

February 26
The Crazies
Based on George A. Romero 1973 film of the same name, The Crazies is about a small American town that becomes overrun by a plague that turns people murderous, and, well… crazy. For those left alive, the survivors now have to find a way out as the military plans to shoot anyone left alive on sight.

Defendor
Woody Harrelson stars in this offbeat comedy about a wannabe super hero, who doesn’t actually have any super powers. Donning his special “Defendor” costume at night, our hero seeks out crime in the hope of someday catching his nemesis, Captian Industry, a criminal he mistakenly thinks killed his mother.

Cop Out
Director Kevin Smith leads Bruce Willis and Tracy Morgan in a comic action movie about two New York City police officers who find themselves pursued by a gangster, while they try to save a beautiful woman who is at the center of a case involving millions of dollars.