DVD Tuesday: ‘The Informant’ and ‘The Box’ 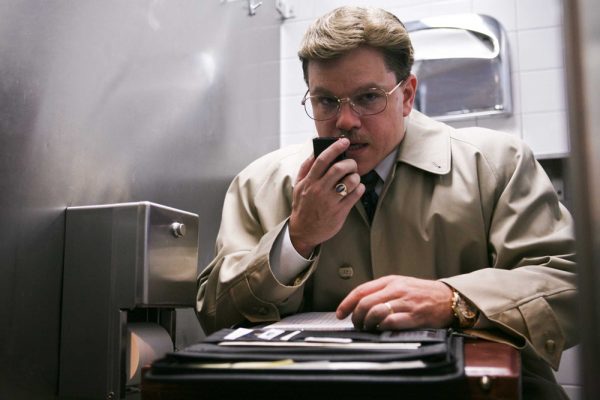 Matt Damon in The Informant

This week on DVD and Blu-ray, Matt Damon stars in Steven Soderbergh‘s corporate drama, The Informant!; Cameron Diaz and James Marsden play a troubled couple in the sci-fi film, The Box; plus a look at Cirque Du Freak: The Vampire’s Assistant and Sorority Row.

Matt Damon stars in Steven Soderbergh’s The Informant! as that special class of corporate citizen: the whistleblower.

In my mind, Soderbergh is one of America’s most compelling directors, thanks in part his stylish rendering of stories, and the masterful control he exerts on his productions.

Truth be told, any director worth his salt should have been able to make a compelling film out of this story, but Soderbergh elevates it beyond the basics. From the score, and the oddly zany plot, to Damon’s performance as Mark, The Informant! is a twisting tale that is, at its core, a serious film, but it’s layered with fun, and funny moments that enhance that drama significantly.

Damon’s performance as Mark is also clever and just a bit zany in itself. Mark comes across as some kind of naive nut job, which is further intensified by internalized voiceovers which are spread liberally throughout the entire story, even as Mark is being interviewed by the FBI, or scheming his heart out.

All told, this is a great film that may surprise you a little. The Blu-ray package is also good, primarily because it also comes with a DVD copy, digital copies, and a very good commentary with Soderbergh and writer Scott Burns, but the only other feature on the Blu-ray disc are a hand full of deleted scenes.

When Donnie Darko was first released I was amazed at what writer and director Richard Kelly had wrought. This was a brilliant piece of indie filmmaking that surely deserved praise, and promised a bright future for its creator.

Looking at The Box, and the trailers for the film, I was somehow not feeling quite as hopeful. Perhaps it was the curse of working with a bigger project, or studio, but it seemed like Kelly had stumbled into cheesy territory this time out.

Starring Cameron Diaz and James Marsden as a struggling married couple with one young son, The Box is a retro-science fiction tale about morality, and consequences set in the bygone days of 1976. The story revolves around the life-changing opportunity offered to them by a strange man, played by Frank Langella. He offers them a million dollars if they decide to press a button, but the consequence is that someone they don’t know will die.

Obviously, they consider it a joke at first, but as they fall deeper into the story, they realize they may have stumbled into a horrific chain of events that promises to swallow them whole.

Were the film released 50 years ago, and polished a bit more, The Box might have been a powerful, genre-defining movie. There are elements that can be quite chilling, but in Kelly’s hands they come across as fumbled mistakes.

The core group of stars are quite good, and I was very impressed with Diaz for a change, but the background actors and non-speaking roles actually ruined a lot of this film for me; at times these performances are actually so bad they are laughable.

Laying it all on very thickly throughout the film, Kelly misses the opportunity to make The Box a tightly-wound dramatic thriller, and instead I was merely left with the feeling that Kelly ended the film perfectly, but really had a hard time getting to that point. There is genius at work here, to be sure, but it’s overshadowed by a clumsy approach, and cheesy acting that would make it ripe for lampooning by the old Mystery Science Theatre 3000 crew.

In The Vampire’s Assistant, Chris Massoglia stars as 14-year-old Darren, a regular teenager living in the suburbs, until he and his friend stumble onto a freakshow populated by real freaks. John C. Reilly plays the vampire Larten Crepsley, who convinces Darren to join him, without explaining that he’s about to break a long-held truce between two groups of blood suckers.

The oddity of the film is the way The Vampire’s Assistant attempts to be a genre-bending adventure, comedy, and horror film all rolled into one.

As Jason Anderson wrote for the Toronto Star, “The film can’t decide whether it’s an earnest fantasy flick or a quirky horror comedy, or whether it’s meant for kids or adults — no wonder it appears to have two titles.”

Meanwhile, Peter Hartlaub of the San Francisco Chronicle pointed out, “It’s clear that the filmmakers had a hard time adapting Darren Shan’s books, made the movie way too long and then hacked indiscriminately at the last minute. Some important scenes are cut off abruptly, and others seem to be missing altogether.”

Revisiting the 80s film The House on Sorority Row, this remake is just the latest in a string of movies about young people making bad decisions and being mopped up by a sick lunatic for their transgressions. While this concept never seems to get old to Hollywood, it’s safe to say that the concept is long-stale.

In this particular stale movie plot, the girls of Theta Pi sorority decide to pull a tough prank on one of the girl’s cheating boyfriends. Going through an elaborate scheme, they convince the moron that he killed his girlfriend, and now they have to hide the body… only, she’s not really dead. Well, okay, she wasn’t dead, but in a freakish act of further stupidity, things get out of hand and they end up with a dead body on their hands.

Covering up the events of the night, the group vow that they will take the secret to their graves, only someone intends to make that happen very, very soon, hunting them down and killing them during graduation.

Reviews are worse than awful for this bloody horror film, but Stephen Schaefer of the Boston Herald points out the one good thing about the movie. “Brain-dead as to motivation, plotting or common sense,” Schaefer wrote, “Sorority Row scores where it counts: The carnage escalates, nicely tinged with black humor.”