Film Friday: ‘Oceans’ and ‘The Losers’ 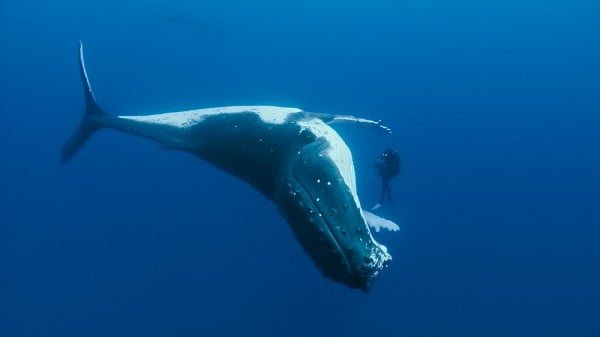 A scene from Disneynature's Oceans

Opening in theatres, Disneynature dives under the waves for their latest documentary, Oceans; a team of double-crossed CIA agents try to blow up their nemesis in the actioner The Losers; and Jennifer Lopez stars in the romantic comedy, The Back-Up Plan.

In their first environmental documentary, Earth, Disneynature gave us a glimpse into the lives of three families of animals, surviving in very different climates. Released in time for Earth Day once again, Oceans takes a look at the scores of creatures living under water that most of us would never be able to see if it weren’t for this documentary.

Some critics have noted that, although Oceans is visually appealing to all ages, it still lacks a definite narrative, which can be a hard sell for younger children. The film has received strikingly positive reviews, however, from most of the major critics.
“While it may not plunge deeply enough,” Claudia Puig wrote for USA Today, “Oceans continues the worthy efforts of explorers such as Jacques Cousteau, reminding us to respect nature and preserve the myriad life forms that rely on the ocean to survive.”

Speaking of brain-dead entertainment, the other big release this weekend is director Sylvain White’s The Losers, a straight-forward actioner that just wants to let the bullets fly while everything explodes.

Essentially ripping off the most popular tongue-in-cheek action films from the last 30 years, The Losers stars Chris Evans, Idris Elba, Columbus Short, Jeffrey Dean Morgan, and Zoe Saldana as a group of ex-CIA agents who have a bit of a grudge. On a mission to Bolivia the team were double-crossed by a rogue CIA agent, and now they are willing to do anything to get back at the man known as Max, played by Jason Patric.

Considered a suicide mission, the squad not only have to contend with the CIA itself, who think they are the bad guys, but they will also have to deal with Max’s plans to set off a war that could have far-reaching consequences.

Although the plot is your basic “bring on the guns and explosions” setup, the problem is that it actually takes talent to make that kind of movie work, and White was perhaps not quite up to the challenge. The director, who previously helmed Stomp the Yard and I’ll Always Know What You Did Last Summer, earned some praise from critics, but for the most part they all agreed with Dan Kois of the Village Voice.

“Director Sylvain White and screenwriters James Vanderbilt and Peter Berg strain to achieve the pleasurable mix of cheap laughs and expensive action that Lethal Weapon pulled off effortlessly with the help of its stellar cast,” Kois wrote.

Lastly, Jennifer Lopez returns to the movies this weekend in a romantic comedy about one lonely woman looking for love.

After years of not being able to find the perfect guy, Zoe (Lopez) decides that she can’t wait any longer to have a baby and goes for artificial insemination. Not surprisingly, Zoe immediately meets what could be the perfect man, played by Alex O’Loughlin, and now she has to decide whether to tell him that she’s actually pregnant.

Falling into love, the two have nine months to see if they can make their relationship work, and whether Stan can actually live up to the challenge of being Zoe’s perfect husband.

The Back-Up Plan has overwhelmingly been panned by the critics, who found the film unbearable and not nearly heartfelt enough.

“Stan and Zoe’s fateful meeting is supposed to be screwball-awkward but instead comes off as skin-crawlingly uncomfortable,” Andrew O’Hehir wrote for Salon.com, “and despite the entirely conventional demands of the plot, the duo never seem remotely at ease with each other.”

While Brian Lowry of Variety wrote, “This tepid romantic comedy falls somewhere between a weak sitcom pilot and a second-tier Hallmark movie.”