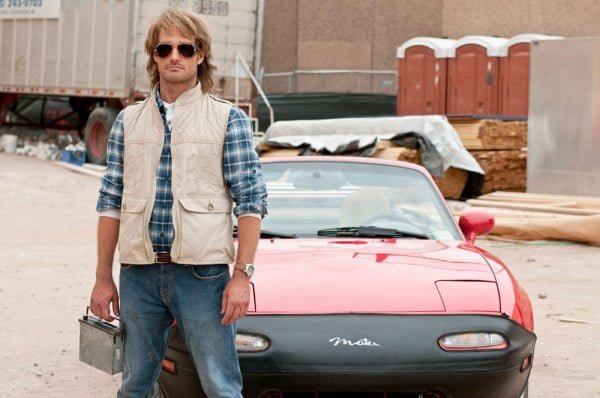 Will Forte is MacGruber

Opening this week in theatres: Saturday Night Live tries for comedy gold again with Will Forte starring in MacGruber; and the fairytale gang returns for the 3-D finale in Shrek Forever After.

Over the last 30 years, Saturday Night Live has survived as an iconic television landmark. It has also been a staging ground for some of the most well-known comedians of the last couple of generations, including Billy Crystal, Tina Fey, and Phil Hartman, to name but a few.

Despite the show’s success though, can you name the last great SNL movie? Even better, can you name two? For all the great moments over the years, the one thing SNL has never excelled at is making their long-running sketches into great movies; the few exceptions being Blues Brothers, Wayne’s World, and perhaps Coneheads.

The question I have to ask is whether anyone really hoped that MacGruber might break that streak. MacGruber wasn’t a particularly funny skit to begin with, so who was really going to make a dumb 2-minute long skit into a funny hour-and-a-half long movie?

Starring Will Forte, three words I hope never to write again, the “story” follows ex-Green Beret MacGruber as he’s drawn back into active service to take down one Dieter Von Cunth, played by Val Kilmer.

Cunth has stolen a Russian nuclear missile and plans to launch it at Washington, DC unless MacGruber and his pals, played by Ryan Phillippe and Kristen Wiig, can stop him.

On the bright side, the film is a brisk 88 minutes, but those are 88 of the dullest, most lame-witted minutes imaginable. I counted a total of three jokes that actually made me laugh, and the first one didn’t come until the 30-minute mark. This is sadly on-par with the sketches though, so no one should be surprised.

Compare that record to Wayne’s World, or even further back, any of the Blues Brothers segments on SNL, and again it begs the question why anyone would bother making MacGruber into a movie. Superstar and A Night at the Roxbury were based on SNL sketches that were actually pretty damn funny. MacGruber was always giggle inducing at best, and the height of the series wasn’t until Betty White’s brief appearance on the sketch two weeks ago.

There are limited moments worth crediting, such as the fact that the film firmly sets itself up as a spoof of the old 1980s action films, or the fact that it actually has an ending that kept me amused for a full three or four minutes. Since the rest of the film barely kept me awake though, these are meaningless triumphs overall.

As with most of these kinds of spoof movies, the real problem with the film was simply that it didn’t have the right creative team. First-time writer and director Jorma Taccone was clearly not up to the task of making MacGruber work on screen, and neither were Forte and John Solomon, the other two writers involved with the screenplay.

Once again starring Mike Myers, Cameron Diaz and Eddie Murphy, the last Shrek film has the big green guy signing a deal so he can become the mean ogre he used to be. The only problem is that Shrek’s dream has come true in an alternate world where Fiona is still cursed, an evil dictator controls the land, and Puss In Boots is gigantically obese. And all of this has been rendered in, what else, 3-D.