Film Friday: ‘Harry Potter and the Deathly Hallows: Part 1’ and ‘The Next Three Days’ 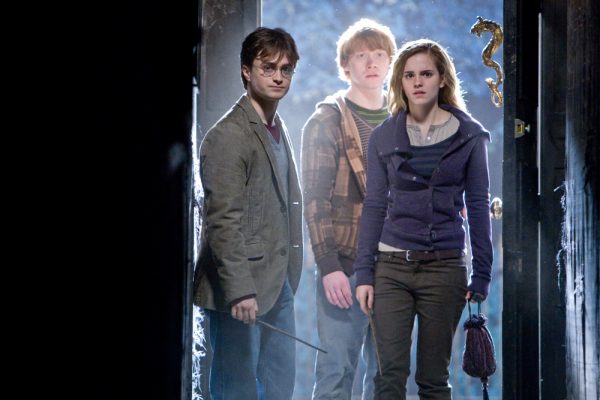 Welcome to the beginning of the end. For fans who are either sad that the franchise is about to end, or glad that the films have been solidly enjoyable renditions of J.K. Rowling’s books, I can promise you that David Yates’ Harry Potter and the Deathly Hallows: Part 1 is a solidly memorable experience. It’s not always magical though.

Following the book very closely, part one of the Deathly Hallows has Harry Potter, played as always by Daniel Radcliffe, dealing with the loss of his mentor, Dumbledore, and beginning to look for the missing Horcruxes that contain pieces of the evil wizard Voldemort’s soul. If Harry can’t find all of the Horcruxes, Voldemort will never truly be defeated, and the world will never be free of his evil power.

Protected by the members of the Order of the Phoenix, Harry ends up with the Weasley family, but amidst all of the upheaval and chaos, Voldemort’s Death Eaters come looking for Harry as the Ministry of Magic collapses. That leaves Harry, Ron and Hermione, the latter two played by Rupert Grint and Emma Watson, on the run and alone for the first time.

Camping out in the wild, and hiding from Death Eaters, the trio search for answers that will lead them to one of Voldemort’s Horcruxes–a locket that was once in the possession of someone with the initials R.A.B.

While the friends hunt for clues, there is tension between them as Ron worries about his family, who may or may not be alive, and wonders if Harry and Hermione are becoming too close for his liking. Harry also has to deal with the questions surrounding Dumbledore, and why this great man, who he thought was a close friend, never really opened up to Harry.

Like the book it’s based on, this seventh chapter in the series is dark, tumultuous, and it features some of the more disturbing moments of the entire franchise. The mood is exactly what this chapter needed to ground it, but there is no question that this story feels unbalanced and removed from the Harry Potter world simply because we don’t have the same touchstones that were present in all the other books and films. Of course Harry Potter and his friends have grown up, which is a big point, but it is a jarring change.

The complaint I’m obviously levelling here is that the original book failed to tell a strong story at this point as well, and I frankly found this problem an even bigger one on screen.

There was no need to follow a cookie-cutter mentality, but the problem I have with both the book and the movie is that we’re left alone in the wild with these three characters, and it can get a little dull at times. On top of that, being separated from Hogwarts makes this part of the finale a wholly new experience that needed more energy, wit, and a deeper plot. The characters literally feel like they’re stuck, and going nowhere for over half-an-hour.

Looking at the whole film, I realize I’m not making this sound very good, but my big problem with Yates’ attack on the first part of the finale is that it feels like he was bound too tightly to the source material.

As a fan, I’m glad to see that Yates was true to Rowlings book, but as a movie critic I can’t help but look at it as a half-hearted rendering. Maybe the producers didn’t give Yates a chance to be original, but something is definitely missing here, and something should have been done to develop tension, if nothing else.

While I do agree with most people, that the film needed to be split into two to give the final segment of Harry Potter’s story a proper ending, that meant to me that the filmmakers should have made an effort to enhance the story so it didn’t feel so cut apart.

Thankfully, the beginning of this film makes up for the weary middle, and the ending provides a solid jumping-off point for the final film, which will come out in July 2011. Until then, Harry Potter and the Deathly Hallows: Part 1 is enough to whet your appetite, even if the lame title (Part 1?) should tell you something about how much effort was actually put into adapting this story for the screen.

Canada’s own writer and director Paul Haggis helms this dramatic thriller about a man named John, played by Russell Crowe, who vows to break his wife out of prison.

Featuring Elizabeth Banks as John’s wife Lara, the film is a convoluted tale of suspense that has this everyday man attempting to do the impossible, whether he thinks it’s right or not.

Critics have not been kind to the film overall, and while there are some positive reviews, it looks like the film may have been dumped into theatres this weekend when some moviegoers may simply just want to see anything other than a Harry Potter film.

Christy Lemire of the Associated Press points out one of the films big flaws though, writing in her review, “Despite Crowe’s indisputable ability to transform himself and dig deep for every character he plays, we never get a sense of whether crafting this plot weighs on John’s conscience.”

Thanks to the upcoming American Thanksgiving, a number of films will be opening a bit early next week, debuting in theatres on Wednesday, November 24.

Among the new films opening early next week are:

Burlesque – A musical drama starring Cher and Christina Aguilera about a young woman who tries to make it big in Los Vegas.

Faster – Dwayne “The Rock” Johnson’s action thriller about an ex-con who has vowed revenge for his brother’s death.

Tangled – Disney’s animated comedy starring Mandy Moore as a really long-haired princess who finally escapes her ivory tower for a chance to see the world.