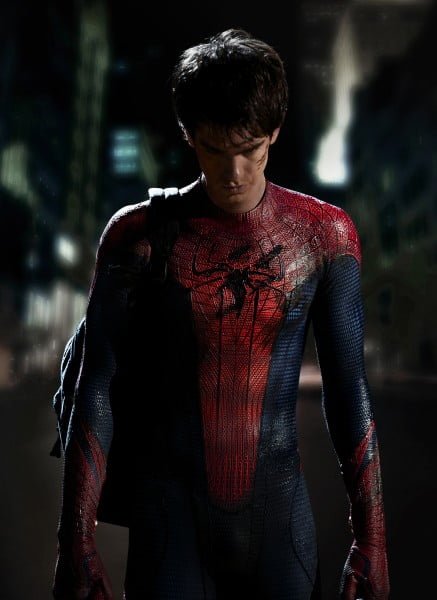 Columbia Pictures has released the first image of Andrew Garfield as Spider-Man in Marc Webb’s reboot of the Marvel superhero franchise, and while it still begs to be seen how he will perform, there’s no question that the young star looks the part.

Released almost a year-and-a-half ahead of the film’s release, which is set for July 3, 2012, the other question that is most likely hovering in the background of most people’s minds is why a reboot is even necessary just ten short years after Sam Raimi’s hugely successful film helped make superhero movies viable.