Film Friday: ‘Season Of The Witch’ and ‘Country Strong’ 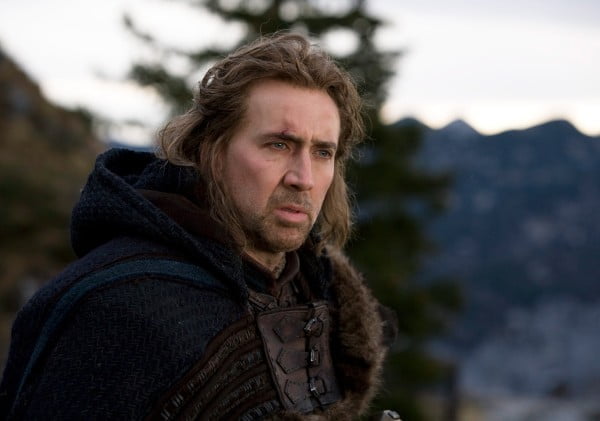 Nicolas Cage in Season of the Witch

Happy New Year, movie lovers, and welcome to what amounts to two meager offerings for the start of this cold January. Opening this weekend is the Nicolas Cage supernatural thriller, Season Of The Witch, which co-stars Ron Perlman, and the musical drama Country Strong, with Garrett Hedlund and Gwyneth Paltrow.

Nicolas Cage has made some bad movies throughout his long and memorable career, but Season of the Witch may be the bad movie to finally make us all ask what Cage does to choose his projects. Based on the dismal reviews the film is getting, which paint a picture far darker than Cage’s previous disaster, The Wicker Man, it seems like Cage simply picks the first script that lands on his desk that uses the words “supernatural” and is willing to pay him a healthy wad of cash.

While I’m a big fan of Perlman, and of Cage to some degree, the film looks absolutely ridiculous, and with its 3% fresh rating on Rotten Tomatoes, the critics are all agreeing on that point.

Since the film was dumped in January, the key month for disappointing movies, it’s no big surprise that Season of the Witch is a dud, but it’s also worth noting that the film was directed by Dominic Sena, the man responsible for the horrible little thriller Whiteout. The director’s only two decent hits to date were Gone in 60 Seconds and Swordfish, which weren’t exactly mind-blowing films either, but apparently he still has enough clout in Hollywood to keep him from waiting tables.

The incomprehensible thing about Cage is how the heavily lauded actor can go from a film like Bad Lieutenant: Port of Call New Orleans, where he delivered one of his all-time great performances of his career, to tripe like Season Of The Witch. The only explanation I can come up with is that he’s more concerned with paychecks and weird roles than being careful with the parts he picks to play. That said, there’s no doubt that Cage picks interesting themes and concepts. This concept just comes up short.

Hedlund stars as a rising singer-songwriter who gets wrapped up with a down-but-not-quite-out country singer, played by Gwyneth Paltrow. Teaming up to try to make another name for herself, the duo go on tour with her husband, played by Tim McGraw, and a young singer, played by Leighton Meester. On the road the four duelling personalities will face old and new troubles, and face off against conflicted emotions that could ruin them all if they don’t get them under control.

Featuring original music and an intriguing concept, Country Strong is not getting rave reviews, but it is holding its own. Some critics have pointed out that the songs are mediocre at best, and the direction is weak, but it’s also interesting to point out that many critics though that Garrett Hedlund ended up upstaging the rest of the cast, including Paltrow.

“It shows that Gwyneth knows the spangly high-powered joys of country music. Too bad that in Country Strong, she’s too busy acting out the hysterical and mostly nonsensical sorrows,” wrote Owen Gleiberman for Entertainment Weekly.

“Country Strong stumbles, and has some slack in its silences,” wrote James Rocchi for MSN Movies, “but it takes its world, characters and songcraft seriously…”