DVD Tuesday: ‘The Green Hornet’ and ‘The Dilemma’ 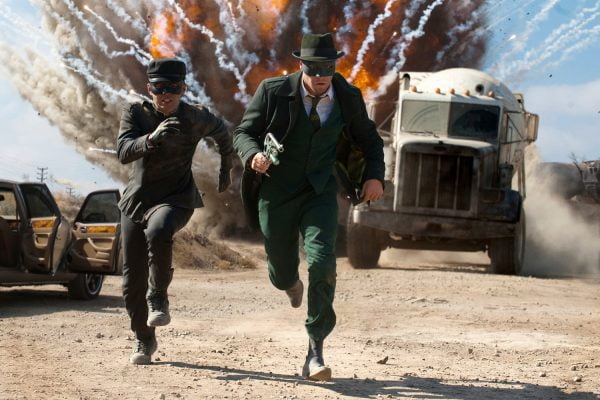 Jay Chou and Seth Rogen in The Green Hornet

Continuing last week’s void of new arrivals, this is yet another slow week for DVD and Blu-ray releases. Only two new arrivals land on home video today: Seth Rogen and Jay Chou star in the action-comedy, The Green Hornet; plus Vince Vaughn and Kevin James try to laugh it up in the weak Ron Howard comedy, The Dilemma.

Acting as vigilantes, the Green Hornet, as Britt dubs himself, and his sidekick build a high-tech, gadget-enhanced car called the Black Beauty, and start planning their ultimate goal: to take down the Russian mobster Benjamin Chudnofsky, played by Christoph Waltz, and ruin the thugs goal of uniting the major criminals of Los Angeles.

While Andrew O’Hehir of Salon.com was one of the rarer critics who praised the film, writing, “I’m pleased to report that the movie is entirely watchable and often pretty fun, in a mishmashed, patchy kind of way. Put that on your poster, Columbia Pictures!”

The other directorial nose dive of the week comes from the famed Ron Howard, who helms The Dilemma with stars Vince Vaughn, Kevin James, and Winona Ryder.

And Joe Neumaier of the New York Daily News wrote in his review, “The real dilemma in the sadly unfunny The Dilemma is that several different movies are going on in director Ron Howard’s first nondrama in 11 years.”

May 17:
The Mechanic
The Other Woman
The Rite
The Roommate

May 24:
I Am Number Four
Gnomeo & Juliet
Platoon [Blu-ray]