Film Friday: ‘Super 8’ and ‘Judy Moody and the NOT Bummer Summer’ 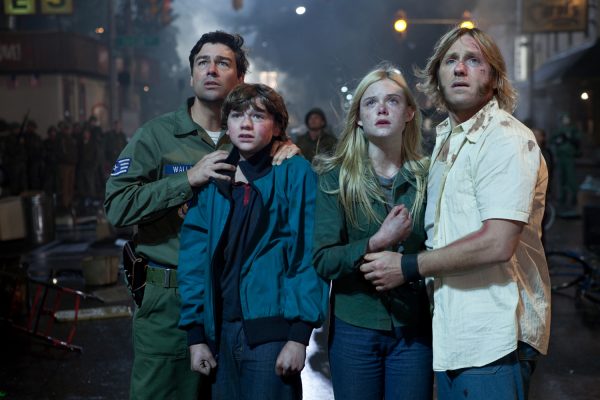 Opening at a theatre near you this weekend: J.J. Abrams directs the retro-thriller, Super 8; and Jordana Beatty stars in the kid-centric comedy, Judy Moody and the NOT Bummer Summer.

J.J. Abrams has made his career based largely on the success of his hit television shows, like Felicity, Alias, and of course, Lost, but his success as a contemporary film director is quickly overshadowing all of that work, and for good reason.

Abrams’ first gig as a film director, Mission: Impossible III, came pretty late in his career, but it’s a fantastic example of why the filmmaker has been so successful. He took what was otherwise a flashy action series and gave it new life, stripping the story and the characters down to the core elements that made Mission: Impossible so fun to watch.

The filmmakers third directorial effort, 2009’s massive hit, Star Trek, did the same thing for what was essentially an old, tired series, and he did it with an upstart cast of mostly unknown actors.

This weekend, with the third film he’s ever directed, Abrams has teamed up with one-and-only producer Steven Spielberg for a movie that not only pays tribute to Spielberg’s early days, but also pays homage to creature features of past decades.

Set in 1979, this sci-fi thriller, which was also written and produced by Abrams, has a group of kids trying to make their own Super-8 movie, but when they happen to leave their camera rolling, they capture footage of a train derailment that may be a lot more than it seems.

While the story has been kept mostly under wraps, even now that critics have screened it, what we do know is that whatever was in that train, it’s now causing strange occurrences in the nearby town where something dark and sinister is hunting the locals.

Taking a page from Spielberg’s playbook, and liberally referencing the great director’s early films, J.J. Abrams has crafted a film that is a thriller, but as many critics have pointed out, it’s also a serious homage to the decades of filmmaking when storytelling was a much larger part of the process.

Like Abrams’ television work, the film deftly mixes action, adventure, special effects, and more than a little heart. Super 8 is also quite obviously guided by Spilberg’s hand, which seems obvious the moment you even watch the trailer.

Roger Moore of the Orlando Sentinel wrote, “Super 8 is the movie of the summer, the movie of MANY summers going back to the ’70s. It’s a creature feature, a first-love romance and a movie buff’s movie about movie buffs trying to become movie makers.”

While Roger Ebert of the Chicago Sun-Times wrote in his review, “Super 8 is a wonderful film, nostalgia not for a time but for a style of filmmaking, when shell-shocked young audiences were told a story and not pounded over the head with aggressive action.”

There are some critics who are not quite as fond of Abrams’ work, mainly because he focuses a lot on style over substance, which is something Toronto Star critic Peter Howell took issue with in his review. “Abrams fashions Super 8 in such a calculating manner,” Howell wrote, “with every element weighed both for maximum nostalgia value and ironic hipster cred, that it has an artificial feel to it. It’s like a birthday cake made of spun glass.”

As every other studio leaves a clear path this weekend for Abrams’ Super 8 to take over the box office, at least to some degree, John Schultz delivers his kid-friendly rendition of Megan McDonald’s Judy Moody books for the big screen.

Jordana Beatty stars as Judy, an adventure-seeking kid who has one goal: to have the best summer possible with her brother, Stink, played by Parris Mosteller, and her fun Aunt Opal, played by Heather Graham.

Although author McDonald may have enjoyed a lot of success with her books, it’s safe to say critics aren’t admiring the film adaptation much at all.