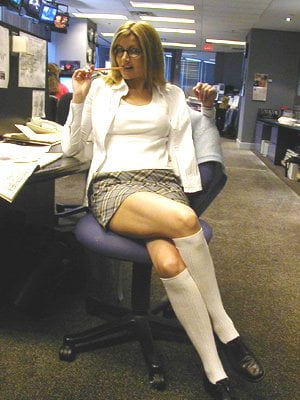 The Toronto radio airwaves are layered with a lot of lame personalities, but one jewel of a lady makes up for all the rest. Joanne Wilder, Q-107 rocker, and co-host of Mojo Magazine on the new male station, Mojo Radio, is one of the coolest and most lusty females on the radio today. She’s even interested in all the things that guys love! She loves to watch hockey, loves to fish, gets into concerts all the time, plays baseball, and yet pink is still her favorite color.

Oh, and did we mention that according to JoanneWilder.com she even admitted that she’d even consider posing for Playboy?! But, don’t get the wrong ideas there because there’s a lot more to Joanne than just her fantastic looks, she’s also a true professional and a very smart lady.

Joanne career have also left her with some great memories! In another quote on her tribute website she said that she put “Gene Simmons on hold (oooops) when there was a mix up with his scheduled time for an interview. Gene, being the cool guy that he is, actually waited! Also the band Live were in town for an intimate meet’n greet, I hung out and played video games with them down at Vinnies… And the list goes on…”