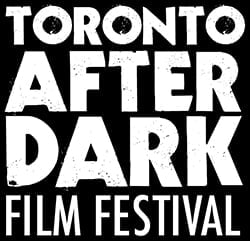 The Toronto After Dark Film Festival announced great news for horror film fanatics: this year’s festival is set to run for a total of 8 nights, between October 17 to 24. That’s up one day from 2007, when the event packed in over 6,500 fans.

Offering a mix of independent horror, sci-fi, fantasy, and animated films, Toronto After Dark debuted in 2006 and has quickly turned into a fan favorite event in the city.

Last year’s festival featured a mix of short and feature films, the ever popular Zombie Walk, and opening and closing night parties. A total of 14 feature films were screened at the festival, including Mulberry Street, an apocalyptic zombie story, and schlock-master Uwe Boll’s fantasy film, In the Name of the King: A Dungeon Siege Tale.

Once again the Toronto After Dark will be running at the Bloor Cinema, with single tickets going on sale September 24. The popular VIP passes, which offer priority access to the festival, go on sale August 26, and you can catch a sneak peek of the film titles at this year’s Festival of Fear in August.

The festival also announced that it is now accepting film submissions for the 2008 festival. The final deadline for entries is June 20, and specific requirements can be found on the official website at www.torontoafterdark.com.