Quentin Tarantino on the red carpet for ‘Django Unchained’ 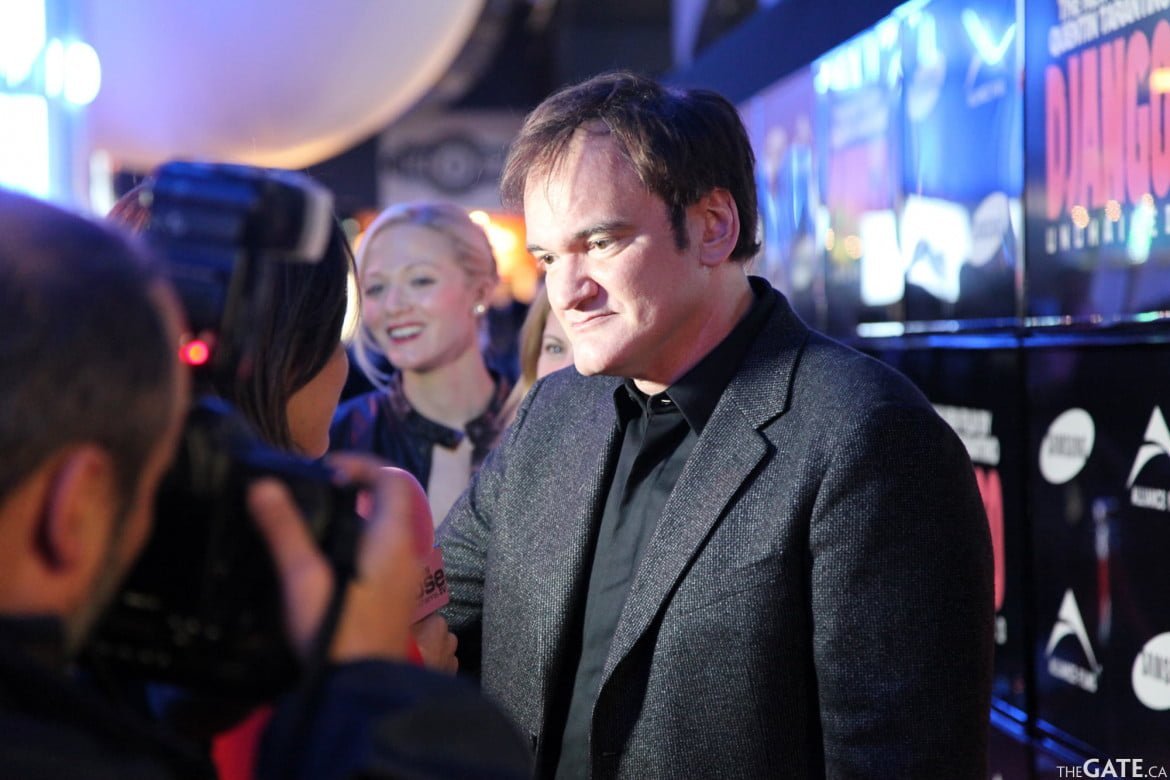 Director and Academy Award-winning writer Quentin Tarantino stopped by Toronto’s Scotiabank Theatre tonight for the Canadian premier of his new action film, Django Unchained, taking time to walk the red carpet and speak with press before the film unspooled.

With fans crowding along the red carpet, Tarantino discussed the film, which follows a slave named Django (Jamie Foxx), who is desperately trying to find his wife (Kerry Washington). When Django is found by a bounty hunter, Dr. King Schultz (Christoph Waltz), the man is given the opportunity to earn his freedom, and find his wife, if he’ll help bring a gang to justice.

Speaking with myself and three other journalists on the red carpet, Tarantino talked about filming some of the more troubling, emotional scenes, working with star Leonardo DiCaprio in the role of the villain, and whether or not he thinks the film will be considered controversial.

Watch the interview with Quentin Tarantino: