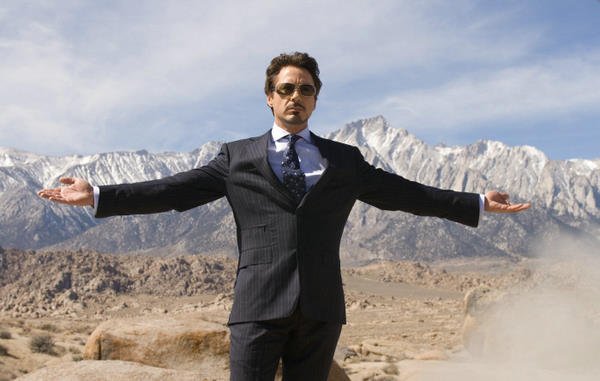 DOWNEY THE VAMPIRE: As studios everywhere rush to get on the vampire bandwagon, Universal is contemplating reviving Anne Rice‘s popular Vampire Chronicles, and it looks like they’re working to cast Robert Downey Jr. as the vampire Lestat.

Like the Batman franchise, Lestat has been played by two other actors in as many movies (Tom Cruise starred in Interview With The Vampire, while Stuart Townsend took over the role for Queen Of The Damned). The potential franchise has also been spread across two decades, and will go into a third by the time the next film debuts.

The big question would be which book the studio is going to pursue. Will they reboot the Vampire Chronicles by going back to Interview With The Vampire, or will they visit one of the many other books, like The Vampire Lestat, or possibly Tale of the Body Thief, or Memnoch the Devil?

Hopefully, whatever direction the studio takes, they will at least strive for something that looks better than Downey’s next film, the ridiculous-looking Guy Ritchie film, Sherlock Holmes.

TROUBLE ON KRYPTON: If you’ve been waiting for another Superman film, I wouldn’t hold your breath as a fevered legal battle has taken a further negative turn between Warner Bros., DC Comics, and the family of Superman co-creators Jerome Siegel and Joel Shuster.

Over the last few years, the three groups have been fighting in court over who holds the rights to different aspects of Superman and his identity. The end result is that while Warner Bros. can make another film prior to 2011, any production after that could land them in court for copyright infringement.

For example, as reported by Variety, the latest legal victory means the Siegel family has claimed more of the hero’s story, including the first two weeks of newspaper comic strips, plus rights to early issues of Action Comics and Superman. That means that, while some other rights are retained by DC Comics and Warner Bros., the majority of Superman’s identity will shift to the creator’s estates and families.

What does this mean for Warner Bros.? As of 2013, the Siegel family and the Shuster estate will have the necessary rights to shop Superman out to another film studio, or for any other projects.

ST. ELMO’S, THE SERIES: ABC has worked out a deal with director Joel Schumacher to create a television dramedy based on the hit 80s movie, St. Elmo’s Fire.

An article by the Hollywood Reporter notes that the series will base the characters on the film, but the hour-long show will go off in a new direction following something of a Friends theme with three boys and three girls.

Set in Georgetown University, and with the backdrop of the St. Elmo’s Bar & Grill (fans will recall it was called St. Elmo’s Bar & Restaurant in the movie), the show will be produced by Schumacher, and That 70s Show star Topher Grace, among others.

So, will Grace also star in the series? It’s still very early to guess, but anything is possible.

BATTLESTAR TAKE THREE: In the oddest news of the week, Universal Pictures is talking with director Bryan Singer about remaking Battlestar Galactica, this time as a feature film.

The Los Angeles Times reports that the project is being fast-tracked, and that Singer has been interested in working on a film version since he did the first X-Men movie in 2001.

What remains to be explained is how this would fit in with the Battlestar Galactica television series, especially since Variety reports that this would be “a complete reimagination” of the concept. If Singer reboots the franchise again, it stands to reason that a lot of fans of the recent TV series are going to be upset. At the same time, Universal just released the direct-to-DVD movie, Caprica, set in the Battlestar Galactica universe, so it seems a bit early to already be talking about a reboot of any kind.