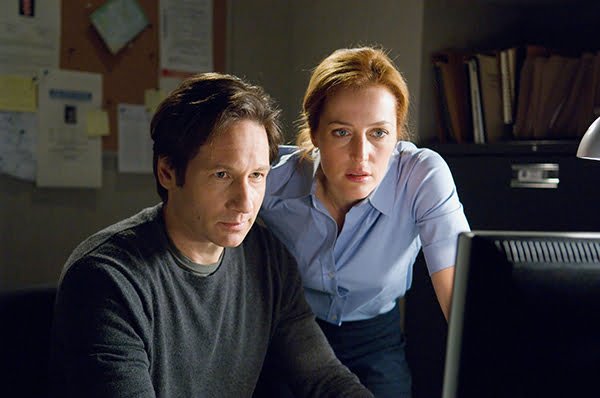 X-FILES REBOOT: Horror website Bloody Disgusting is reporting that a new X-Files film could potentially be in the works for 2012, and in a recent interview Gillian Anderson has claimed that she would be happy to return to the franchise.

The intriguing part of this rumour is that Bloody Disgusting suggests that the third film could actually be a reboot for the franchise, but they didn’t share any additional information.

Considering how bad the second movie was, and after such a long absence, I think the only thing that has to be asked is whether the studio would aim their sights a bit higher. X-Files: I Want to Believe was vacant of most of the key elements and intrigue that made the show, and the first film, amazing.

At this point, my only other fear is that any reboot might mean changing the cast – something that could turn away long-time fans, but bring in a new audience. For me, at least, if there’s no David Duchovny and no Gillian Anderson, it’s not X-Files.

SCRUBS MED SCHOOL: If you were unsure about the fate of Scrubs, have heart because the Hollywood Reporter/Reuters has news that three new cast members are joining the show for the next season.

Set in a medical school for its latest season, Michael Mosley, Kerry Bishe, and Dave Franco are said to be joining the series as regulars, with John C. McGinley, Donald Faison, and Eliza Coupe returning as well.

The bad news here is that the hilarious Zach Braff and the lovely Sarah Chalke are only confirmed to appear in this season’s first six episodes, and will very likely vanish after that as the focus moves to the medical school.

Throwing in my own two cents here, while I love McGinley as Dr. Cox, and Faison as Turk, the heart of the show has always been Braff, and I’m not sure how they will compensate for that, or it will be successful. All I know is that Braff will be sorely missed if his time on Scrubs is really at an end.

HOBBIT NEWS… KINDA: File this one under impending news, rather than actual news, but Slash Film reported that Sir Ian McKellen showed up at a special marathon screening of the Lord of the Rings films in England and revealed some minor details about the upcoming Hobbit prequel films.

First of all, McKellen confirmed that he will be back as Gandalf. Although McKellen already confirmed that fact last year in an Empire magazine interview, it’s still good to know, and it leads right into the next fact.

McKellen’s big news was that the part of Bilbo Baggins has been cast, and suggested that fans should be very pleased with the selection. While this doesn’t offer much in the way of hints, it means that an official announcement can’t be far away.

Slash Film also suggested in their story that one potential star, James McAvoy, is probably not an option any more since his upcoming schedule of films would conflict with director Guillermo del Toro‘s timetable for the two Hobbit films. If the original rumours are to be believed, that leaves the role between David Tennant, Daniel Radcliffe, or Jack Black, and while I’m betting those aren’t the only options, I’d still vote for Doctor Who‘s Tennant if it came down to it.