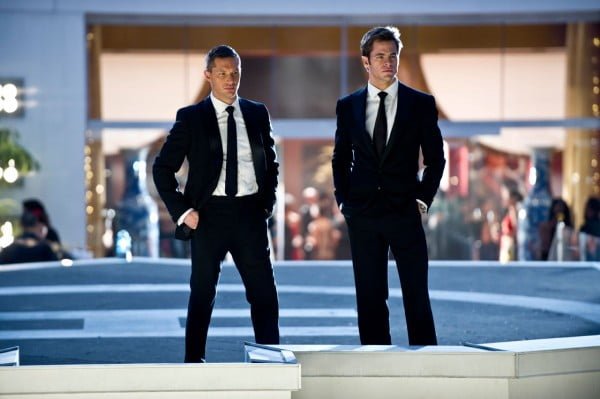 Tom Hardy and Chris Pine in This Means War

After twelve years as a director, film fans like myself have come to know exactly what we can expect from director McG. He’s the guy who brought us Charlie’s Angels, Terminator Salvation, and now, the action-comedy, This Means War.

The trouble is, after all that time, McG has proven he’s not an awe-inspiring filmmaker, and he’s not a director who seems to care about clever stories. His focus is almost entirely big stunts, action, and a few laughs and most of his films are commercially impressive projects that are sometimes just plain hard to watch, silly, or all of the above. The thing is, I’ll admit that I actually enjoyed This Means War, and this was probably the first film by McG that I didn’t find completely annoying.

Chris Pine and Tom Hardy star as a pair of goofball CIA agents, FDR Foster and Tuck Henson, respectively, who get the job done, but only with the maximum amount of destruction possible, which raises the ire of their boss. After one particularly destructive take-down over seas, the two guys are left cooling their heels in the office as they both mistakenly fall for the same woman, played by Reese Witherspoon, which leaves them lots of time for silly antics.

The ensuing battle for her heart involves about an hour’s worth of questionable invasion of privacy tactics, backstabbing, and, yes, more than a few laughs. Witherspoon can be charming in this light role, but it is Pine and Hardy who rule the film, playing up every goofy moment and making the action sequences fairly impressive, even if they are mostly unbelievable.

While most of the dialogue from the screenplay by Simon Kinberg and Timothy Dowling is the kind of fluff we expect from major studio productions, Hardy and Pine are just so damn charismatic that they make even the dumbest lines seem funny. They also have great chemistry together, as buddies turned against each other, and they share that chemistry convincingly, most of the time, with Witherspoon, even if the romantic situations seem completely forced.

The romance is hardly the point though, even if some of the steamy scenes actually work, but overall this is a dumb, fast, but often funny action-comedy that will entertain most moviegoers, as long as you don’t expect too much, especially heart or well-written characters. 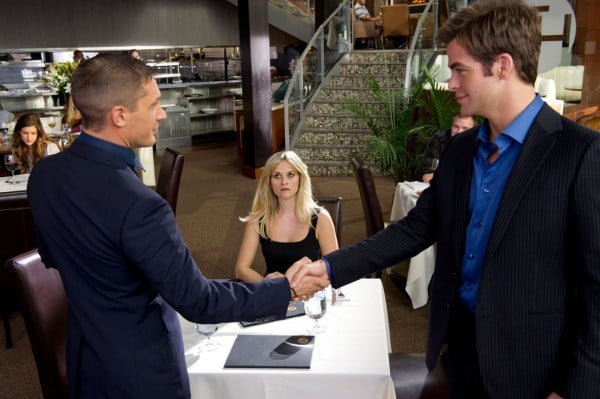