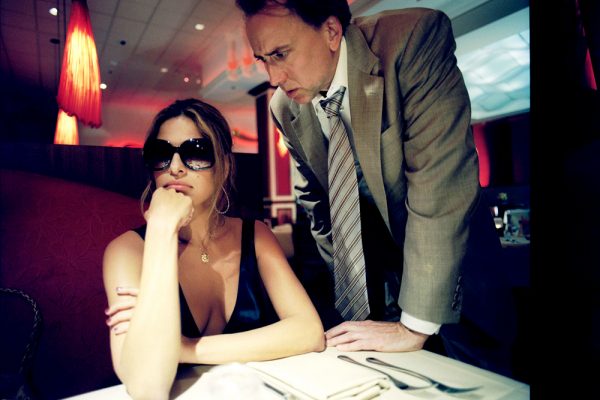 When it comes to Hollywood acting careers, Nick Cage has been around the block and back again. The Academy Award-winner has starred in dramas, comedies, action movies, and even a few duds, but in director Werner Herzog’s Bad Lieutenant: Port of Call New Orleans, he plays a caricature that might be one of his best roles in years.

Herzog is a serious, visionary filmmaker, and whether he’s making a documentary or a work of fiction, he knows how to set the stage for grand stories, and he has a knack with his actors that few directors seem to understand. In this drama, he gives Cage the opportunity to play a dirty, drug-crazed police detective with the added benefit of letting him chew the scenery in a way that can only be described as epic.

For his part, Cage plays Terence McDonagh, a New Orleans detective working a complicated murder case while he happily ignores the law to get whatever he wants, including answers and drugs. Dealing with an odd relationship with a prostitute, played by Eva Mendes, Terence hunts the city of New Orleans, set not long after the Katrina disaster, even as he plays with his addictions.

The story is wonderfully complex, weaving between Terence’s cracked antics, and his deeds that actually tend to make up for his crimes. He’s a complex character, riding a storm of drugs and mistakes, and somehow he hopes it all will work out.

His story arc kicks off on the first night when Hurricane Katrina is knocking the city apart, as his last-minute attempt to save a locked up prisoner inflicts a brutal back injury on him that will affect him for the rest of his life. From that point, he lives for his drug addiction, and heedlessly seems to attack whatever fate has in store for him, hoping for the best outcome in a slew of random incidents that usually turn out badly.

Like the film itself, Cage puts on an astonishing, ballsy performance. He scowls, throws tantrums, acts like a serious detective, and then turns into a kid for five minutes. At the core of this wobbling character is that heart of glee and madness, as he deftly shows us during one baked scene when he utters the unforgettable line, “Shoot him again… his soul is still dancing”

The cast offers an array of equally impressive performances by the likes of Val Kilmer, Jennifer Coolidge, and even rapper Xzibit. Mendes and Coolidge are easily the best of the lot, but Herzog found the perfect cast for this warped crime story.

While the film is dark, twisty, and also frenzied, gutsy, and trippy, Bad Lieutenant is a clever creation, made all the more clever because Herzog trusted Cage to take this character over the top. Kudos are also due to the studio, who trusted that this crazy production was worth making, because it most surely is not what you expect most studios would approve. That also says to me, we need more directors like Herzog, and a few more gutsy films like Bad Lieutenant.

What can I say about a film with a name like Bitch Slap? The title is certainly appropriate, although Bitch Slap is bloodier, gaudier, and bolder than even that name suggests. That’s to be expected though when you’re talking about a modern, elaborate B-movie with serious 70s-exploitation vibes.

Julia Voth, Erin Cummings, and America Olivo star in the film as Trixie, Hel, and Camero, three devilish femme fatales on the hunt for a pile of stolen diamonds as a world of underworld villains hunts them down. At the same time the trio of new compatriots are facing wrath and villainy from each other as they try to figure out motives, allegiances, and what their friends in thievery are really planning.

With noticeable inspiration coming from Russ Meyer’s Faster Pussycat, Kill, Kill, to name but one film, Bitch Slap is nothing if not audacious, but it’s certainly geared to an audience who doesn’t mind seeing blood, women beating each other to a pulp, and excessive amounts of skin.

Clearly not aimed for mainstream audiences, it’s still an amusing title for the average B-movie film fanatic, and anyone who appreciates an action movie that’s well-off the beaten trail.

The stunts are top-notch, the special effects, which are often purposefully cheesy, are amusing, and the non-stop string of appearances by the likes of Kevin Sorbo and Lucy Lawless make the film all the more enjoyable. The film’s backtracking storyline also works pretty well for the double-crossing characters, who seem to have fresh motives at each turn.

For all that, Bitch Slap is not half as clever as it should have been, and not nearly as cult-inspiring as the filmmakers might have hoped, making it most watchable with a large group of friends who are sharing a few beers. Next to Meyer’s genre-defining work, Bitch Slap is simply a sloppy pretender in a genre of cinema that requires more than audacity.