Film Friday: ‘Date Night’ and ‘A Shine Of Rainbows’ 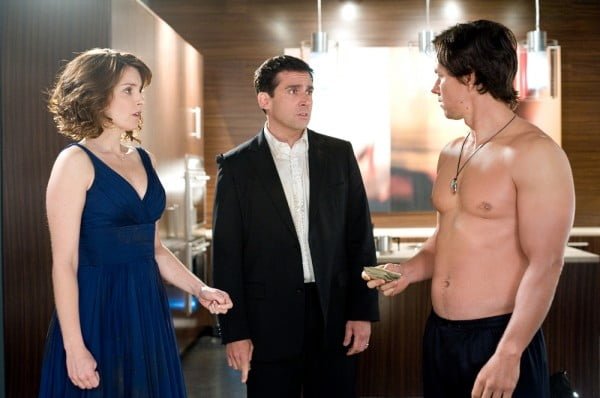 Opening this weekend in theatres, Tina Fey and Steve Carell get a little crazy in Manhattan for the comedy Date Night; plus a look at the dramedy A Shine Of Rainbows.

Couples need more excuses to get out to the movies, and Night at the Museum director Shawn Levy has about as good of an excuse as you could hope for with his new film, Date Night.

Arriving at one of the hottest new restaurants in the city, the couple don’t have a reservation, but on another whim Phil decides to take someone else’s reservation rather than taking his wife somewhere else.

The first time this happens, when the two cops drag Phil and Claire outside the restaurants, it’s far too jarring. One minute the couple are making jokes and the next they’re almost begging for their lives. Levy clearly wanted the moment to matter, and it does sink in, but it ruins the mood of the comedy in a way that doesn’t work for the audience, who have to switch gears to follow the wayward mood.

Most of all, Date Night makes for a great evening at the movies for couples. The humour revolves around the things that most couples face over the years they’re together, and it’s all in a format that is very casual and appealing. Carell and Fey’s off-the-cuff humour, since many of the scenes had improvised lines, works very well and both of them represent the funny every-man and woman who we all identify with.

Date Night is frequently not as funny as it thinks it ought to be, but it’s funnier than most films, especially the less inventive ones which rely on the kind of juvenile humour that often passes for adult comedy.

Also opening this weekend, the young John Bell stars in this sweet, family dramedy about an orphan boy who has to adapt to life in the remote reaches off the coast of Ireland. Bell plays Tomás, an awkward child with a big imagination who can’t seem to make peace with his new step-father, played by Aidan Quinn, or the local children who constantly make fun of him.

While his adoptive mother Maire, played by Connie Nielsen, introduces him to the folklore of their new home, Tomás slowly comes to love the land, and makes friends with the children at school though.

After one terrible turn of events, Tomás will have to take a tough journey, or lose his way from what could be a happy home.

April 16
Death At A Funeral
Kick-Ass
The Square