DVD Tuesday: ‘Scott Pilgrim vs. the World’ and ‘Californication Season 3’ 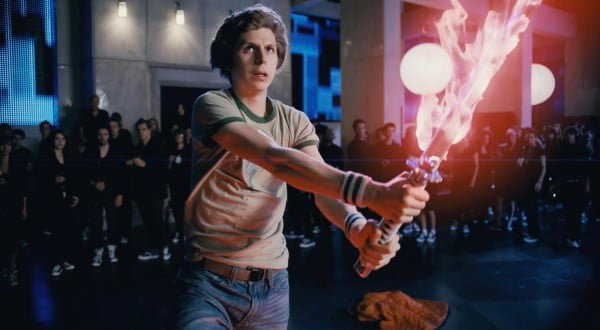 Michael Cera in Scott Pilgrim vs. The World

There are bound to be two types of people this week: those who will love Scott Pilgrim vs. the World to the very core of their being, and those who won’t be able to get beyond the video games noises in the opening credits.

Easily this week’s most celebrated film, even if it didn’t do quite so well at the box office, Scott Pilgrim vs. the World is the pet project of writer and director Edgar Wright, of Shaun of the Dead fame, who helps transform Bryan Lee O’Malley’s Toronto-centric graphic novels into a big-screen action-adventure.

Michael Cera stars as the ubiquitous slacker and geek, Scott Pilgrim, who falls for the very charming Ramona Flowers, played by Mary Elizabeth Winstead. His problem is that he’s already dating high-schooler Knives Chau, played by Ellen Wong, and if he’s going to be with Ramona, he will also have to defeat her seven evil exes before he can truly win her heart.

Set in Toronto, with a number of local references scattered throughout the story, the film is essentially a postcard of the cooler side of the city, and it’s one big cultural reference for anyone who loves geek culture, comic books, and old-school video games.

Flaming swords clash, enemies are dispensed and transformed into piles of quarters, and the adventure flashes by with retro comic book aplomb while Scott Pilgrim wears his wayward heart on his sleeve. The movie is the stuff of legend for the geeks among us, and Edgar Wright not only references the source material perfectly, but he also opens it up for anyone who has never heard of O’Malley’s graphic novels.

From the art direction, acting, and cinematography, right down to the dialogue, effects, and editing, Scott Pilgrim vs. the World is everything I could have hoped for in the film and much more. It’s a comic book adaptation that makes you wonder why Hollywood even bothers to employ all the no-good hacks and directors who just want to shill a new franchise. Wright proves again that he’s a director to be watched, admired, and respected, whether he’s dealing with video game geeks, zombies, or whatever else may come next.

Out of all the television I watch, there are few shows I look forward to as much as Californication, probably because David Duchovny was born to play the role of the philandering, hilarious, and clever writer known as Hank Moody.

In the third season, the series picks up right where it left off and Hank is headed to teach at a college filled with girls. Meanwhile, Becca, played by Madeleine Martin, is growing up, which is causing Hank new issues as she rebels further and makes friends with the daughter of the college dean. On top of that, Hank finds himself surrounded by women who want him for the right and wrong reasons. That list of women includes a student, the dean’s wife, Hank’s former lover, Karen, played by Natascha McElhone, among others.

Sharply written and brimming with clever storylines, Californication is must-see television, and packaged up on DVD it’s easy to catch up with this original series if you’ve never had a chance to watch it before.

Ramona is an imaginative young girl with energy, wit, and a huge sense of adventure who tends to drive her older sister, nicknamed Beezus and played here by Selena Gomez, a bit crazy.

In this first adventure, while she gets into lots and lots of mischief, Ramona must find a way to save her family’s home.

The disaster of the week, maybe even of the entire year, is director Dennis Dugan’s Grown Ups, starring Adam Sandler, Kevin James, Chris Rock, Rob Schneider, and David Spade as a group of friends who reunite as adults when their childhood basketball coach passes away.

Reviews for the film have been universally negative and unless you really love Adam Sandler, and don’t care how bad the film is, you can likely find something more entertaining elsewhere.

Lastly, there’s pretty boy Zac Efron’s teenage drama about Charlie St. Cloud, a young guy who loses his younger brother in a car accident. Trying to stay connected to his sibling, the college-bound teen takes a job as a caretaker at the cemetery where his brother is buried and plans to spend each night playing catch with what appears to be the memory of his brother. Charlie must finally make a choice between the promise he once made, and a girl who walks into his life.