Andrew Antoniades discusses ‘Steve McQueen: The Actor and His Films’ 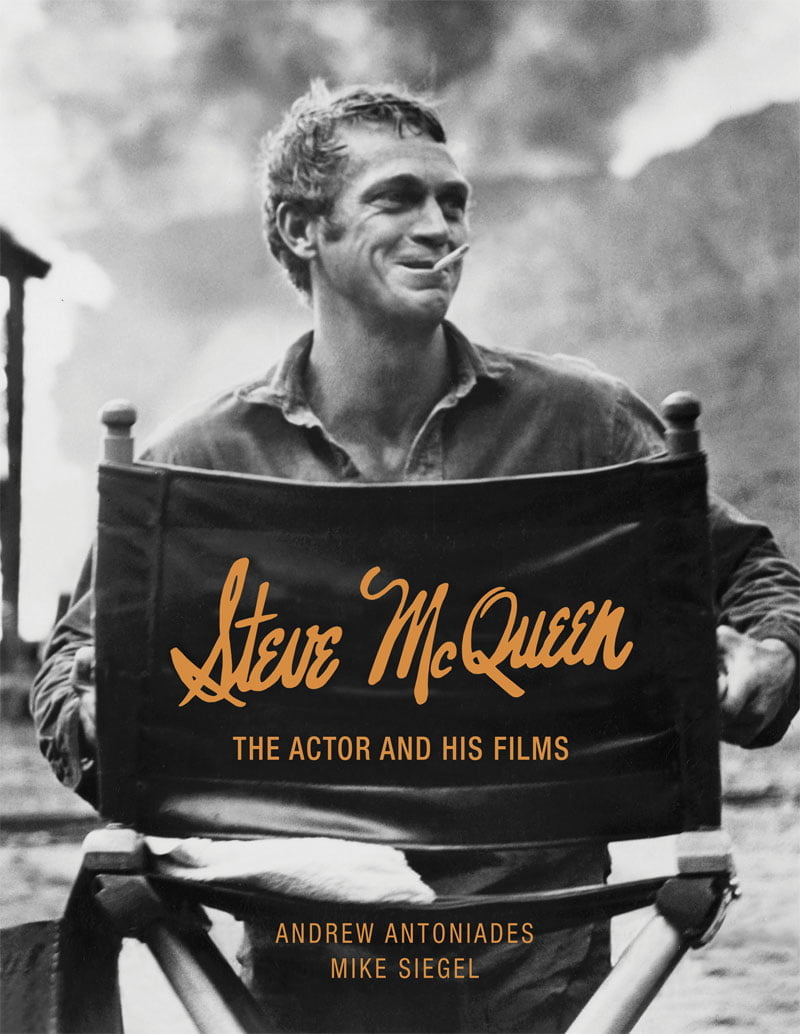 Steve McQueen The Actor and His Films

Whenever I think of launch parties–whether it is a new film, an album, or in this case, a new book–one thing always springs to mind; celebrating in style. The launch party for author Andrew Antoniades’s impressive new book Steve McQueen: The Actor and His Filmswas no exception.

Set in the distinguished McQueens Bar in London, (winner of London’s Best Bar 2010 at the prestigious London Club and Bar Awards) Antoniades’s impressive new book was launched with great success.

Antoniades, together with Mike Siegel, have written a book that is not only quintessential reading for McQueen fans, but also for film fans as well. Publishers Dalton Watson spared no expense in creating a luxurious 500-page anthology on McQueen. It contains over a hundred photo’s ranging from the iconic to some exclusive and rare behind the scenes, showcasing the man who became known as the King of Cool.

Thanks to the publishing staff, I was fortunate enough to introduce Antoniades. Standing in front of the packed bar I introduced myself and proudly proclaimed that “this book was without doubt, the most concise and in depth book I had ever read on Steve McQueen.”

Rapturous applause broke out when I announced that Antoniades would take to the mic to say a few words. Thanking his friends and family for all their support and the fans for turning up, the author then announced he would be signing copies of his book.

Sitting at a table with a stack of books on either side of him, Antoniades greeted his friends and fans and those who turned up to purchase the book. Between signing copies of the book for his fans, I spoke with the author about his love for Steve McQueen and what made him decide to write such an in-depth look at McQueen’s life and films. Everyone has a film star they admire, but when it comes to wanting to write a 500 page book about that star, there has to be a raw passion and a desire to tell that story. When it comes to Antoinades’s reasons, they are simple, revealing and most importantly, honest.

Andrew Antoniades: “My father introduced me to McQueen’s films at an early age. He has always been a big film fan and McQueen has always been his firm favourite. I remember being allowed to stay up late to watch Papillon and that was a special treat. McQueen always seemed to project off the screen no matter the calibre of his co-stars or the film’s setting, he would just rise above all else. It was clear to me even as a child that I was watching a very special actor and and a unique personality.”

Matt Bone: “What made you want to write the book on not only McQueen’s films but also his life behind the lens?”

Antoniades: “I had always felt that although there were plenty of biographies and books with just 200 pages of images, but there was no definitive book on McQueen covering his life, his films and his career. I wanted to make that book, taking 500 pages and over 100 images. I wanted it to tell everything using the medium of his films. The book explores his life, his breakthrough into acting, how he experimented with his acting techniques and then became a star. But it also deals with his films in terms of how successful they were, and the impact his upbringing had on his performances.”

MB: “Did you find aspects of McQueen during your research that made him less appealing to you as an icon?”

Antoniades: “Everyone has good and bad points. Sometimes I think that the media can just concentrate on the sensationalist aspects of someone’s life at the expense of the good in order to grab headlines. Yes he had a dark side, but this is what makes him appealing. He was an incredibly flawed human, but unmistakably more alluring person because of these flaws which were offset against so many qualities. He could be self-serving and selfish yet supremely generous; he was an enigma.”

When it comes to the making of a biopic showcasing an actor portraying another figure’s life on the screen, people can sometimes be left wondering if they were really the best choice. Antoniades has own view on whether someone should try to recreate McQueen’s life on the screen.

Antoniades: “The current crop of male stars just do not seem to have that indefinable quality that McQueen had. For those that come close, they seem to just be bland imitations of his style. He was a one-off. Aside from who would play Steve (near impossible) there is the question of how to portray his life. McQueen lived for 50 years but lived enough for four lifetimes and I do not think that this can be compressed into a two hour film. If they could somehow do a five-part miniseries then that would work perhaps. His life requires a broad canvas otherwise it will truncate his story at the expense of the subtleties.”

It would appear certainly in Antoniades’s eyes that no-one could ever step into the shoes of the late great King of Cool. In a way, this gives Steve McQueen a lasting legacy that no actor could ever replace him in the hearts and minds of his fans, or try to emulate and eclipse him on the silver screen.