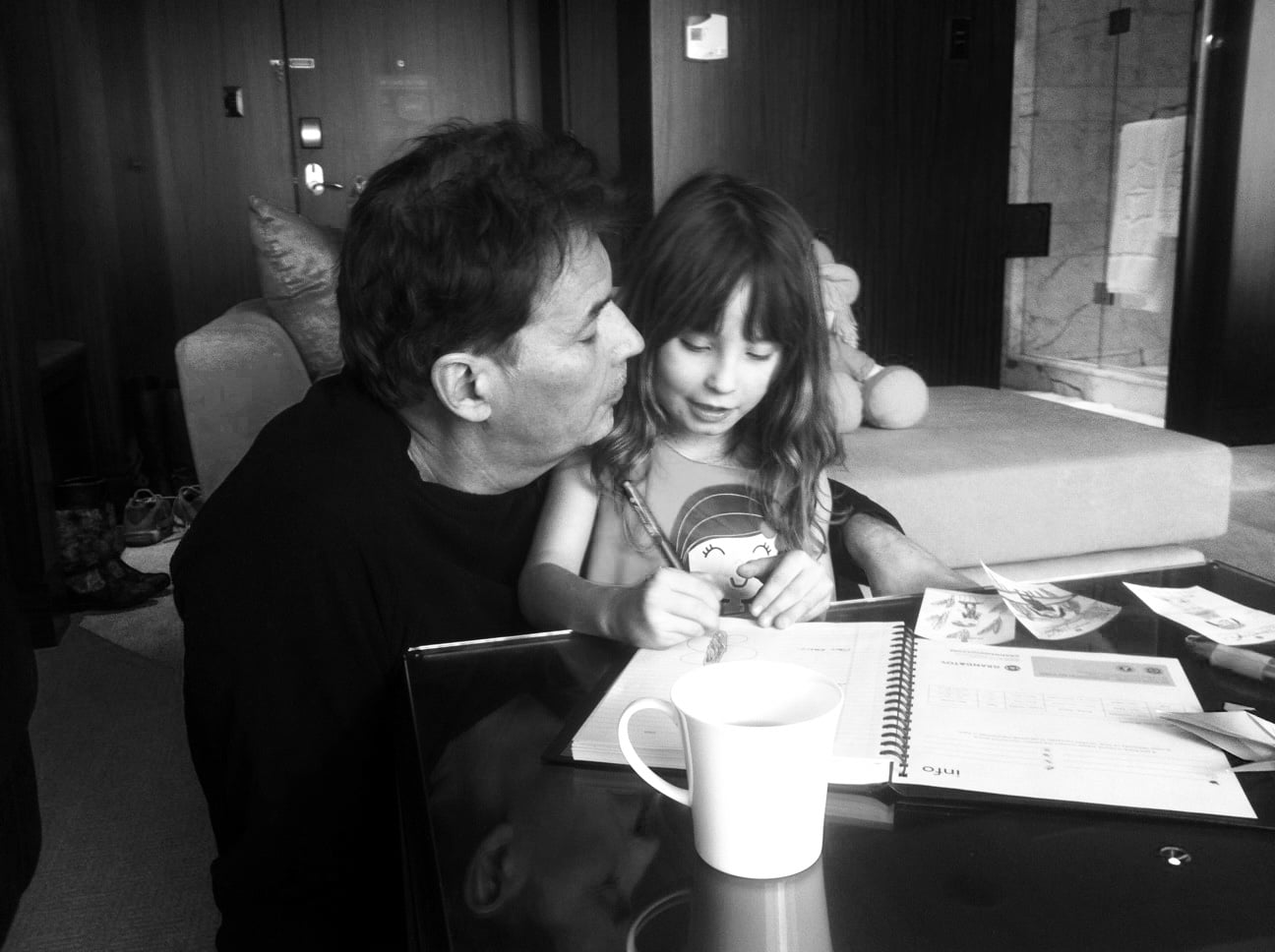 When I was hanging out with Johnny Depp at the Viper Room or strolling around the Everything To Do With Sex Show in Toronto with Mickey Rourke while researching a book on him, I never dreamed that one day my name would be on the cover of a children’s book–but that is what has just happened and it is called Isabelle, The Buttefly.

What is even more magical about this book is that is was written in collaboration with my 8-year-old daughter Isabelle, my co-author.

This whole journey began about a year and a half ago in a Chapters store in Windsor, Ontario. We were browsing around with Isabelle riding on my shoulders and we came across a copy of my last book, The Suite Life: The Magic and Mystery of Hotel Living. We took if off the shelf so Isabelle could see her name on the dedication page. As we strolled the mall Isabelle said to me, “Maybe one day we will write a book together.” I thought that was a wonderful idea but never really thought seriously about really doing it. But I thought about it more and more and could not come up with a single reason why I should not explore that idea.

I told Isabelle to think of some interesting ideas that we might pursue and together we came up with one about a little girl who befriends a butterfly. The butterfly very much wants to be a little girl and enjoy all the things little girls enjoy and the little girl wants nothing more than to be a butterfly so she could fly and be all the wonderful things butterflies are. As they explore each other’s lives they realize they should be thankful for their differences that they can share rather than being envious of what the others have and can do.

Over the next year and a half we would get together, usually in our favourite suite 322 in the Days Inn Windsor, (where we are always treated with such welcoming comfort that General Manager Asrar and Sandy on the front desk and the gang are thanked profusely in the Acknowledgements) or in a suite in the Shangri-la Hotel in Toronto, and scribble down ideas and draw pictures. I did research on butterflies but had no idea of the extent of research required for a whimsical tale like ours, so I just… did it. Slowly the pile of notes grew and grew until I realized we actually had something here. I began the process of writing a proper first draft based on all our ideas and it came out just fine.

The next step in the journey involved finding a publisher. Having zero experience in the world of kids books outside the ones I read to Isabelle when she was a baby, I had no idea where to even start so I started with the kids departments of a few of my previous publishers, then I just started looking around and floating the idea out there hoping that our idea and the right publisher would magically connect like, well, something you would find in a kids book.

Daughter and father working on their book

Then one day that is what actually happened. A small house in California called Fountain Blue Publishing and publisher Melanie Fountain expressed interest in taking a look at the manuscript. I eagerly beamed it over to her and awaited a response. About a month later I got the response I was dreaming of–that Fountain Blue Publishing would be happy to publish Isabelle, The Butterfly! I was thrilled beyond when the contract arrived and was quickly signed and returned and excited as the manuscript was assigned an editor, because at that time it was all really real.

Melanie suggested that Isabelle contribute a few illustrations for the book as well. I needed to ask Isabelle if she was interested in doing that and when I did, she of course, was. But it wasn’t quite that simple. The idea of deadlines and that sort of thing is an abstraction to a seven and eight-year-old. And as our publication date neared I needed to apply some pressure to Isabelle to complete the illustrations but did not want to make it something unpleasant for her, like homework or something.

Then one day when Isabelle was visiting in Toronto and we had just boarded the subway she announced, “I finished all the pictures for our book.” I was just about to remind her that we needed to get on that when she pulled out a folder with her illustrations neatly organized in it. And they were perfect! They were quickly scanned and beamed out to Melanie in California and the edited manuscript went along with the illustrations to the talented Fountain Blue designer, Kim Barton and when I finally saw the galleys, I was thrilled, beyond thrilled. We had written a children’s book!

The day the book was released less than a week ago at this writing, the feeling of accomplishment was profound. More so than when my first book was published, more than anything I have done on TV, and a large part of that sense of accomplishment was not that we had actually pulled it off together, all of us, but for the lesson that can be learned from this whole journey–what this taught Isabelle was that very cool things can come from the tiniest spark of an idea, but you have to try hard, and try some more and believe in it, believe that you can do anything at all.

Buy Isabelle The Butterfly on Amazon. 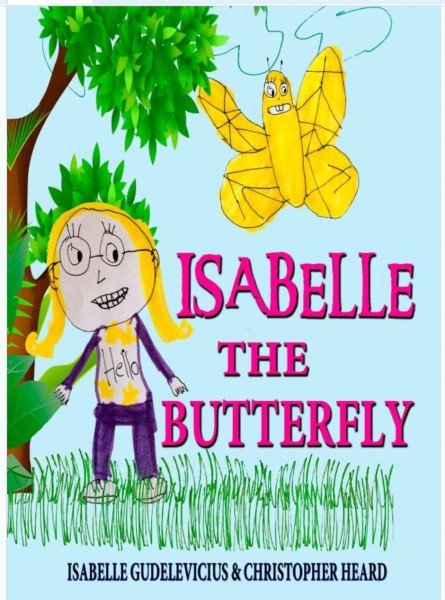