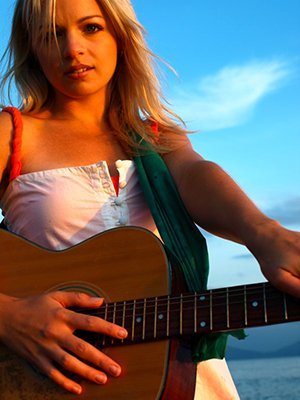 Things have changed a bit since the last time I spoke to singer and songwriter Katie B, or as you can now call her, Katie Rox. She’s been on an adventure few artists get to enjoy, and it all came very early in her career. Signed as the lead singer for the rock band Jakalope after an audition at the music studio she worked, Katie toured as far away as Japan with the group, released a number of popular singles, and they were even nominated for a handful of awards.

Things got complicated for Katie when she realized, “Somewhere along the way, while I was busy saying yes, my heart started telling me no. The real me was getting lost in the music.”

Early last year Katie decided that it was time to move on and pursue her own solo career. “I could feel my heart was just taking me in a different direction,” she said in a phone interview last month. “I didn’t want to continue on and let people down if my heart wasn’t there. I didn’t think it was right to the fans and I didn’t think it was right to anybody in the band, or myself. So I thought the best thing to do was to move on.”

Moving on from an Industrial-styled rock band was both scary and exciting, and even as she says it’s a cliché, Katie admits that it took some soul searching to move on to what she wanted to do next.

Passionate to the core, Katie is honest and open about making her way as a solo artist, and deciding what she’s doing next.

Over the summer, and leading into December, Katie wrote new songs, went through her collection of songs she had written before joining Jakalope, and came up with her new seven-song EP, High Standards. (Which also features singer-songwriter Jeremy Fisher on guitar for three songs, including the tracks “Fly” and “Favorite Friend”.) 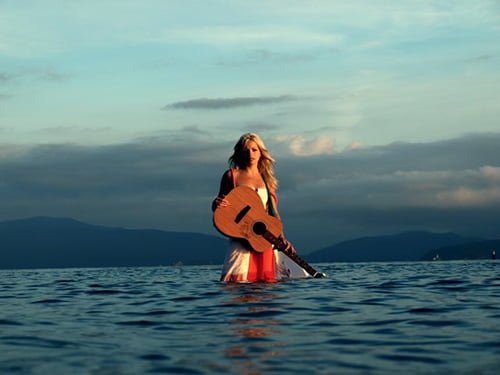 As Katie happily says, her solo project is a departure from everything she did with Jakalope, and she’s excited to be making music that she feels is honest, and wholly her own. Listening to a track like “Fly”, which was one of the first Katie released through MySpace, there’s no missing Katie’s expressive, cheery vocals. The songs on High Standards are stripped-down, distinctively sweet, acoustic tracks which resonate with Katie’s melancholy lyrics.

Asking her where her muse comes for these songs, she says it’s not from any one particular place or feeling. “I think it’s just life. You know it when you feel it, that a song is going to happen out of it.” But she also adds, “I’ve had other very profound moments in my life when I’ve written nothing about it and I’m kind of disappointed. ‘You mean I had to go through all that, and I’m not even going to get a hit out of it?'” [laughs]

Starting today, January 15, you can order High Standards from Katie’s website at www.ktrox.com.

What comes next for Katie, well, that remains to be seen. I’m betting we’re going to hear a lot more from her, and I’m looking forward to the next chance I get to interview her about her latest exploits.