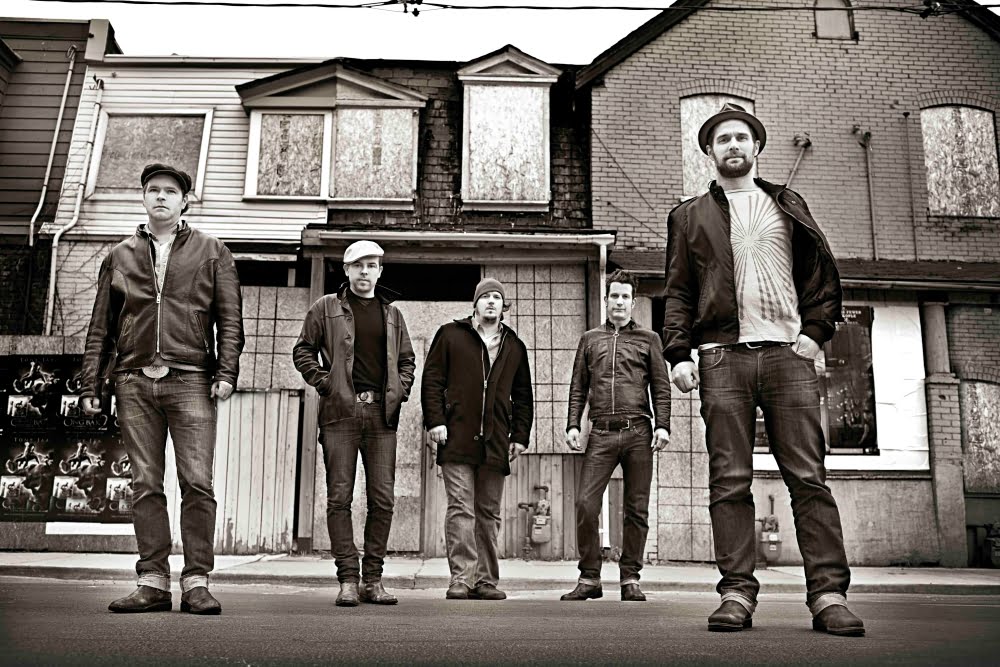 The Beauties (www.thebeauties.ca/) were formed in 2006 at a tavern in the west end of Toronto. A Sunday night residency (which was initially intended as an informal jam) soon blossomed into sold out shows, week after week. Darin McConnell and Shawn Creamer share guitar and vocal duties, Jud Ruhl streams the lead guitar while Paul Phisterer and Derek Downham keep time as the unapologetically stoic rhythm section.

A four-song, self-titled EP quickly established The Beauties as a band to watch out for, earning them coveted support slots with acts such as Broken Social Scene and Alejandro Escovedo. They have also backed up such noteworthy songwriters as Ron Sexsmith, Jim Cuddy, and Serena Ryder. Three years later, they continue to remind the crowds of the tightly-knit seams that stem from rock and roll, as well as confirming the often overlooked truth that there isn’t a single person who will love us like the devil does.

“Fashion Blues” by The Beauties


Pitchin’ Tunes spotlights a new song every week by artists, bands and musicians of all shapes, sizes, and styles. Submit your music right here.