This year’s Indies were good in the end, but it was a bumpy ride. The show was delayed 45 minutes (for no apparent reason – although host Jully Black, who’s from Jamaica, wondered aloud if it was because the show was running on Jamaican time), there were technical glitches, but the bands were awesome.

I don’t have the energy to post everything now after all, so here’s a small taste – a shot of Andrew Stockdale from Wolfmother during their performance at the end of the show. 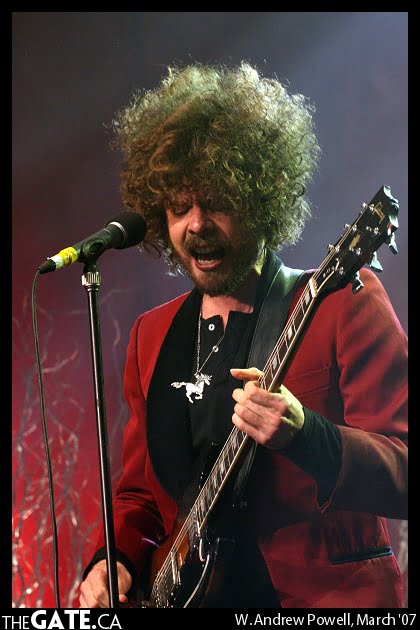