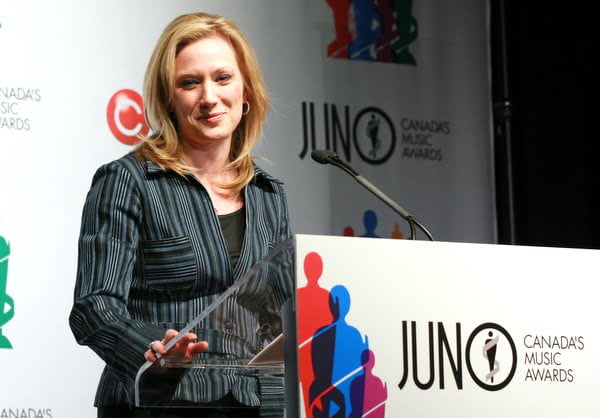 Earlier this month I had the pleasure of speaking to Melanie Berry, president of the Canadian Academy of Recording Arts and Sciences, which is the organization responsible for the annual Juno Awards.

With the events in Vancouver this year, which will host the Winter Olympics next year, I asked Berry if there was a certain energy to being in the city ahead of 2010.

“I find that everybody is very excited to participate,” Berry said, “and I think that stems a little bit from the Olympic fever. Everybody wants to get involved.”

“I know there’s loads of things going on in the year before the Olympics, and I know the country music awards are there in the fall. So, it’s great, it’s kind of a launching pad for the city for the rest of the year.”

Vancouver also represents Berry’s seventh Juno Awards, which begged the question what kind of highlights she has from all those shows.

“Oh my goodness. You know, the highlight is really watching the excitement and I would say the brand is building.”

“We have a great MusiCounts program, our music education charity, and it has really grown over the past seven years. We’ve donated over three million dollars.”

Referring back to particular shows though, Berry had a number of favorite moments that stood out.

“There’s different things that I pull from every city. They could be a moment from the stage; K.D. Lang in Winnipeg was an incredible moment. Halifax did an amazing outdoor party on the Thursday evening that showcased local talent; the Trews, Sloan, and Joel Plasket; that was a huge success. Saskatoon, when I went to the volunteer rally beforehand; I was completely blown away – 1200 people, massive stage, huge event, and it was just incredible.”

With so many moments to draw on now, as she put it, “the highlights come in very different places.”

However, all of these questions were only a small part of what I wanted to ask Berry.

When the announcement came that St. John’s, Newfoundland would host the 2010 Juno Awards for the second time since the show went on the road with CTV, I questioned the move in my blog. There are numerous cities across Canada to choose from, including Montreal, which has never hosted the Junos, so why would the awards go back to St. John’s?

Berry seemed well prepared for my questions, and immediately filled in the blanks when I asked what decision led CARAS back to Newfoundland for next year’s Junos.

“And not coming to those cities,” she quipped, “that you’re wondering why we’re not at?”

“At this point,” I said, “it seems like there are still a lot of other cities… so why go back now to Newfoundland?”

“Well, a couple of things,” Berry said. “St. John’s was fabulous. People still talk about how amazing it was to have the Juno Awards there… [and] they’re the ones that inspired us to continue to take it on the road.”

“Now, we’d love to be in Toronto or Montreal, and definitely hope to have the awards there soon, they’re both major music centres, but it’s also a bid process and Toronto and Montreal haven’t really come to the bid stage yet.”

“Which essentially means they have to step up their game,” I said.

“A little bit, yeah,” Berry laughed. “And bigger cities require more logistical planning, and I’ve talked to both of them. It’s not that we’re not coming, we’re in the works… [but] we have to address the bids that we are receiving from cities.”

“I think that it makes sense to, quote, ‘come home’ to Toronto,” she added, “but I also find it’s equally important that we go to Montreal. Absolutely.”

As a Torontonian, and a big fan of Montreal, I still can not help but think the process needs to evolve to include these cities, but obviously there are some stumbling blocks right now. All I can say is that Montreal is long overdue for the Juno Awards, and I hope that both the city and CARAS can work something out for 2011.

Wherever the Junos go next, Berry has helped remodel the awards from the days when the show was only in Toronto, and shoe-horned into a single evening. The response from fans across Canada has also proven that there is no better place for the Junos than on the road, giving everyone a chance to celebrate with their favorite Canadian musicians.