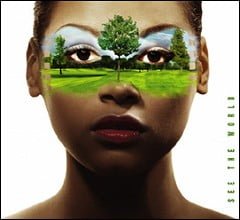 The Toronto International Film Festival kicks off in just two days, running through until September 18th, but no matter who you are or how involved you are, it’s hard to see the big picture.

With a large festival like the TIFF, it’s hard to even get your own schedule straight, let alone figure out just how much is going on across the city.

In honor of the festival, here now are some of the numbers released from the Festival of Festivals this year (Numbers in parenthesis are last year’s statistics)…

And then, who can forget about the volunteers? Far too often people forget that without the volunteers there would be no festival. Here now are some of the statistics and information on those people who make it all come together…

Volunteer shifts during the Festival: 15,000

Average hours worked during the 10 days/volunteer: 37

Staff who started as volunteers, including Festival Co-director Noah Cowan: 61

Furthest country a volunteer has travelled from to volunteer: Germany

For the fourth consecutive year, most popular given name of a volunteer: Jennifer

Cups of coffee consumed in the volunteer office over 10 days: 2000

Number of volunteers who…
Have bathed in mud from inside a volcano: 1
Own a singing dog: 1
Have done wire tapping for the police: 1

For more on the festival check out our ongoing coverage @ tiff.thegate.ca or head over to the official website at www.bell.ca/filmfest.