What does it take for a movie production designer like Nathan Crowley–responsible for The Prestige, The Dark Knight, and Interstellar–to design a timepiece for Hamilton Watches? For the Odyssey ODC X-03, which was recently unveiled in Los Angeles at a special event, it just takes the right timing, if you’ll excuse the pun, the right design, a lot of work, and a great working relationship built on a very special project.

During the production of Interstellar, Crowley worked closely with Hamilton for the two watches that were featured in the film, including custom work for Murphy’s very special timepiece. And the work on the watches was not just integral to the look of the film, but to the story as well.

It was during a press tour for the film when Crowley and Hamilton CEO Sylvain Dolla were talking that the film designer realized it would be a great opportunity to help his son learn about the art of watchmaking–something he had been interested in for some time.

While Crowley’s son did end up taking a course with Hamilton to design watches, it was Crowley himself who ended up being invited to do more with Hamilton when Dolla asked the artist to design a new edition of the Hamilton Odyssey ODC watch: the ODC X-03. The result is a stunning timepiece that is impressive and totally unique.

During a special unveiling event in Los Angeles, I had a chance to interview Crowley about the experience of working with Hamilton for this special timepiece, and it was fascinating to hear him talk about the rewarding experience, but also that he felt that it was a lot harder than designing film sets and set pieces. Watch the interview below as he explains the difficulties in creating a timepiece that combines a difficult form with clever functionality.

As Crowley explains, the watch symbolizes the view out of a trio of ports on the Endurance, the ship from Interstellar, down on the planet Jupiter. The watch is an original design by Crowley, while still paying homage to the spirit of the original ODC watch from 2001: A Space Odyssey.

The design brings together three movements, with three time zones; local time, Universal Coordinated Time (UTC), and home time. When you hold the watch up, you can also look right through the edge, along the side of Jupiter, and the watch features a stunning black textile strap. The case is titanium with a black PVD coating, and it’s water resistant to 100 meters. 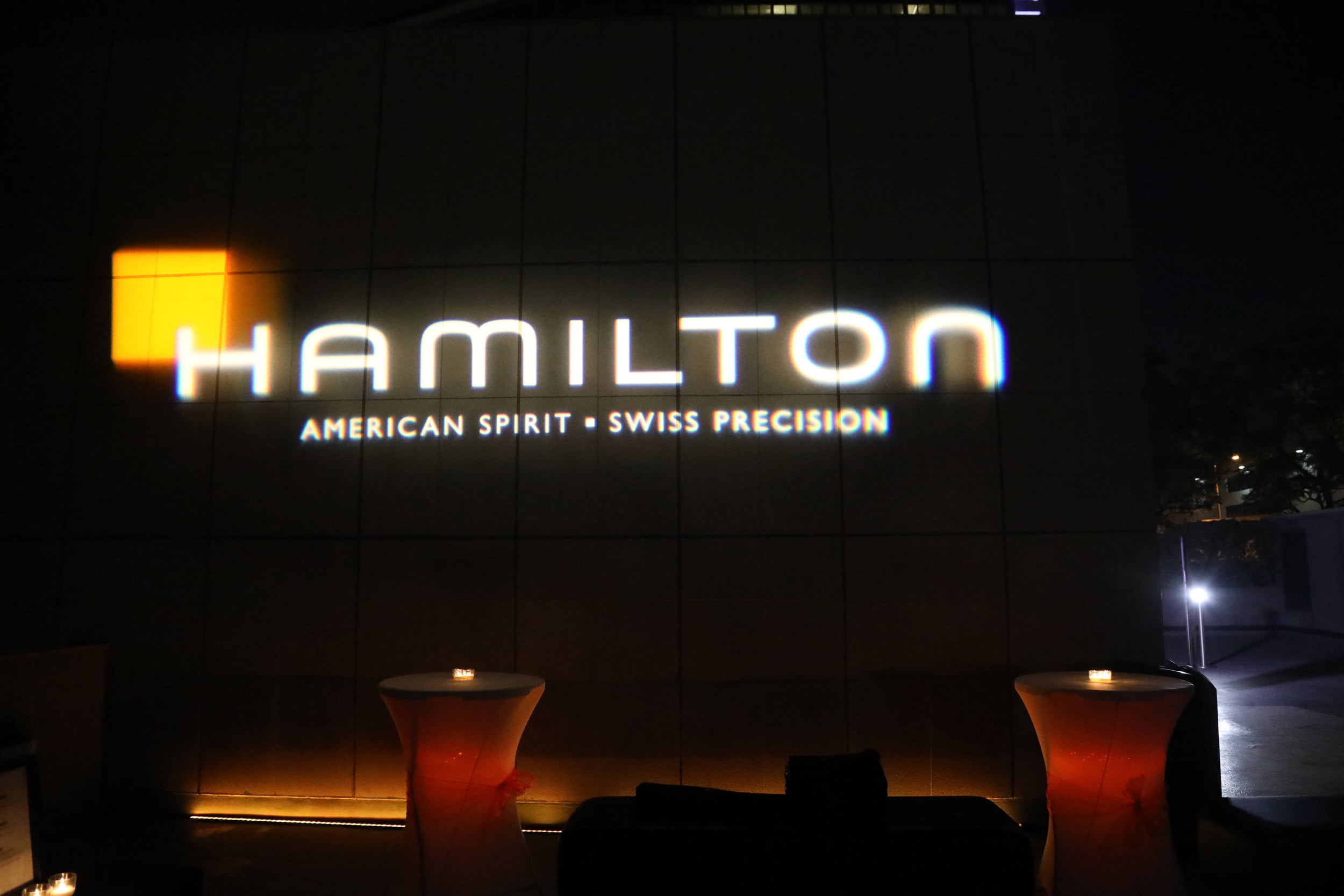 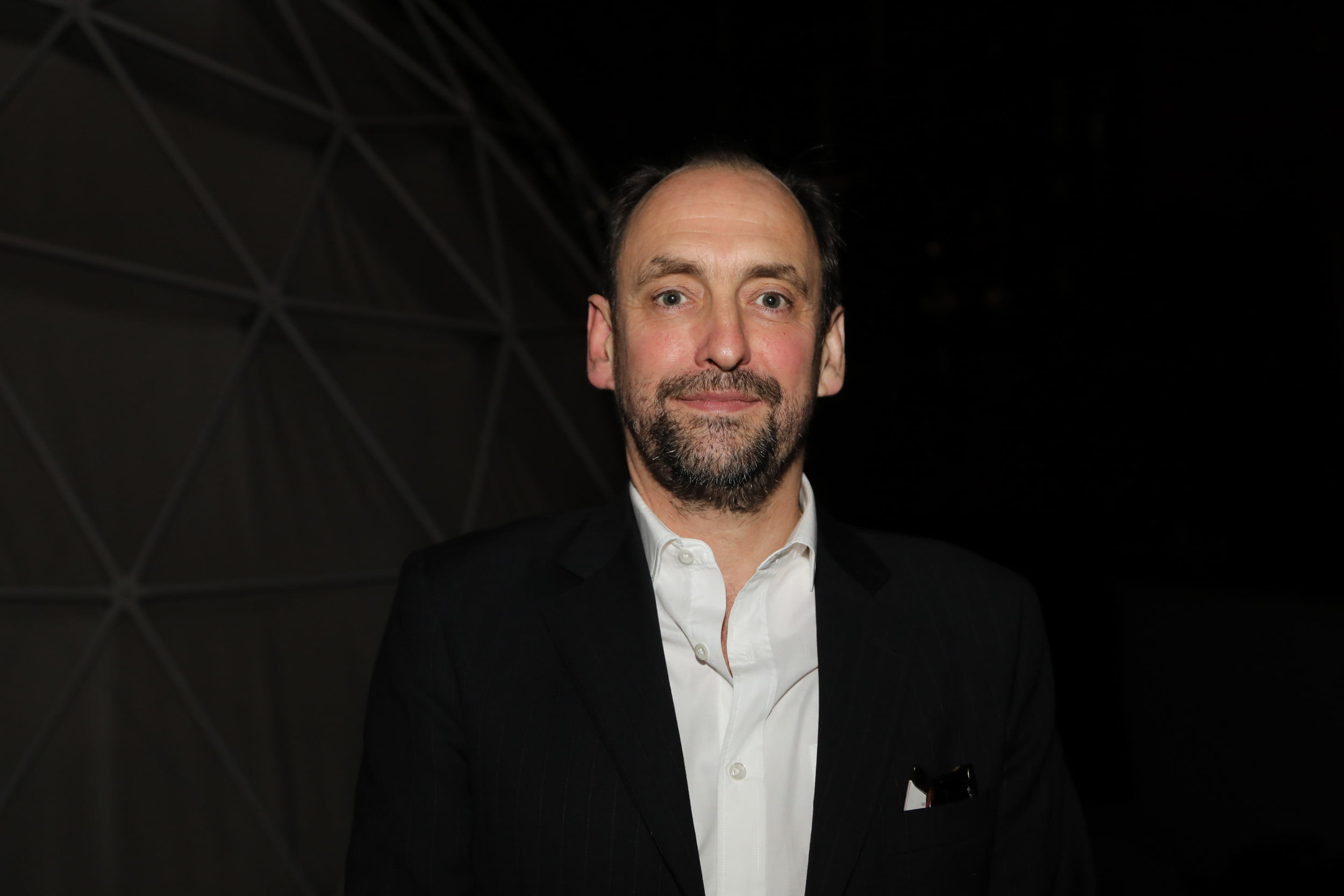 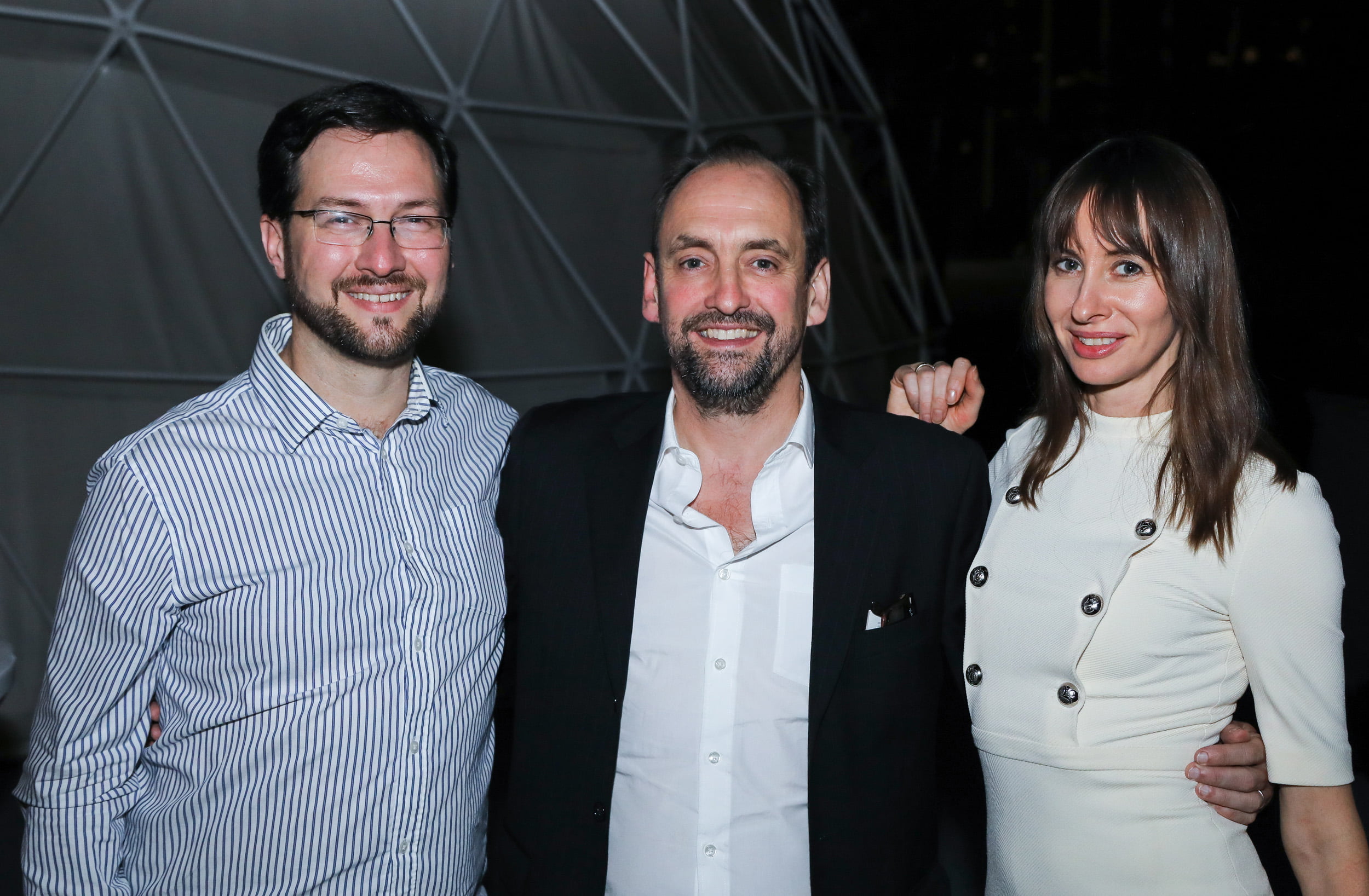 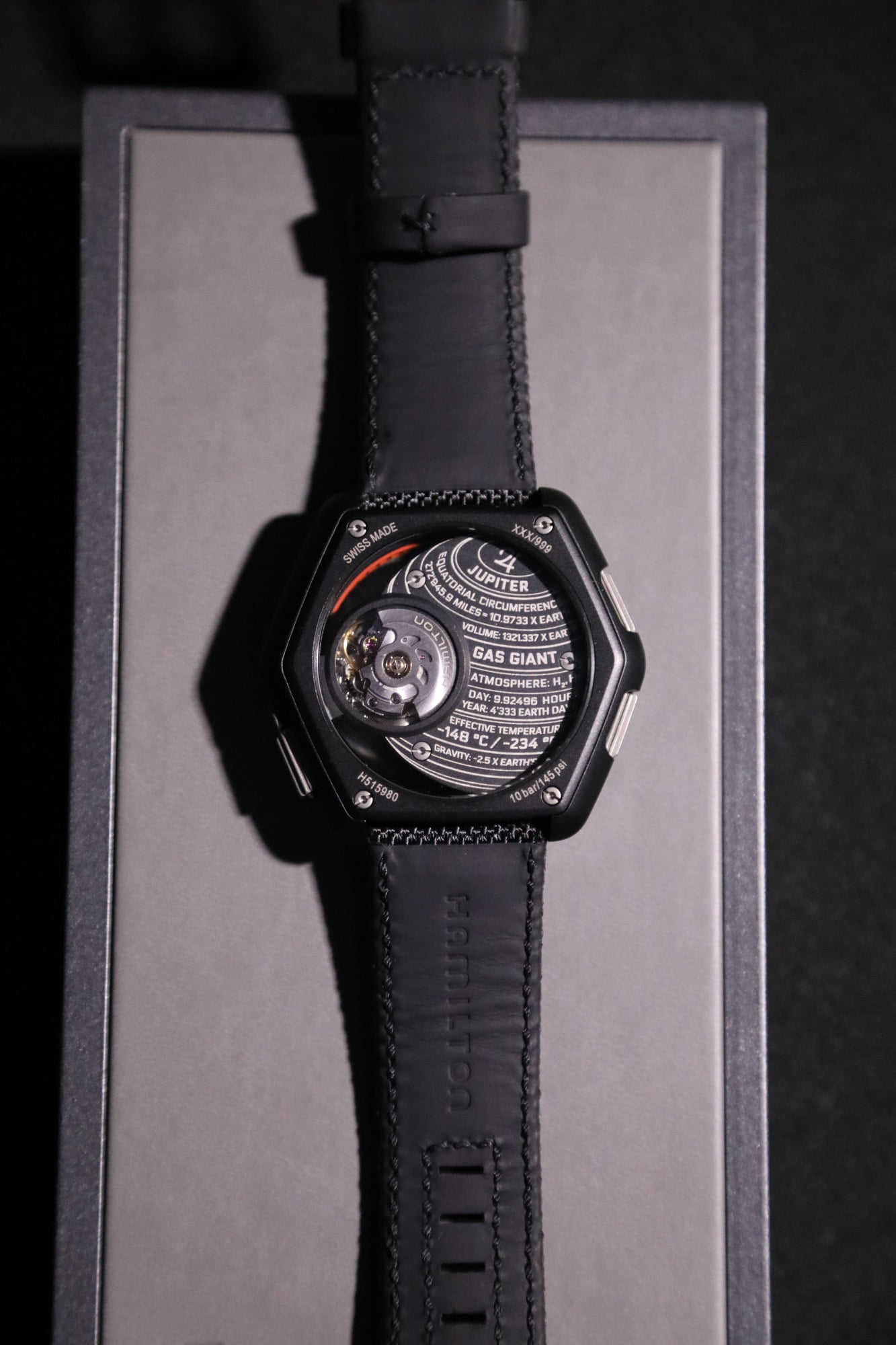 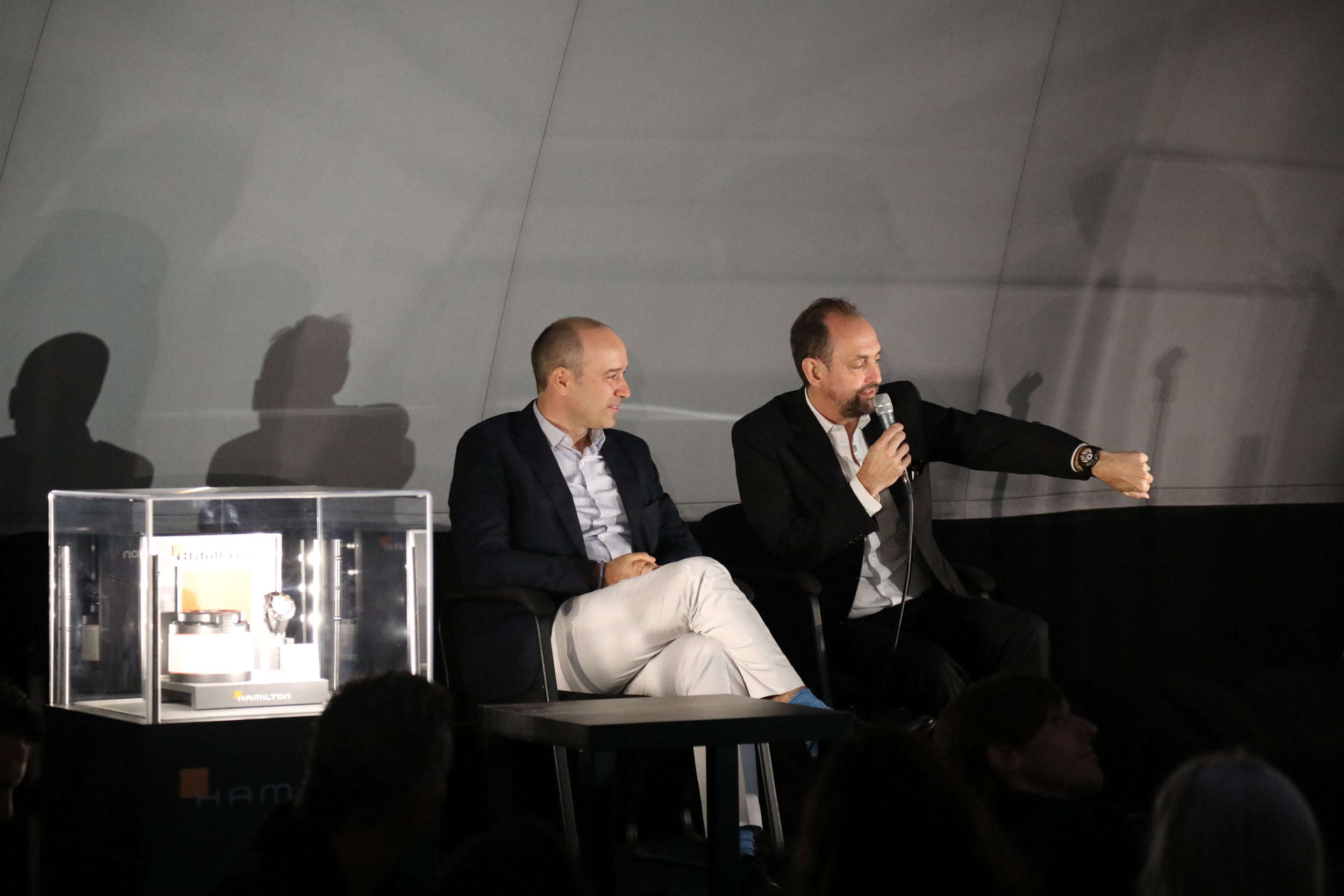 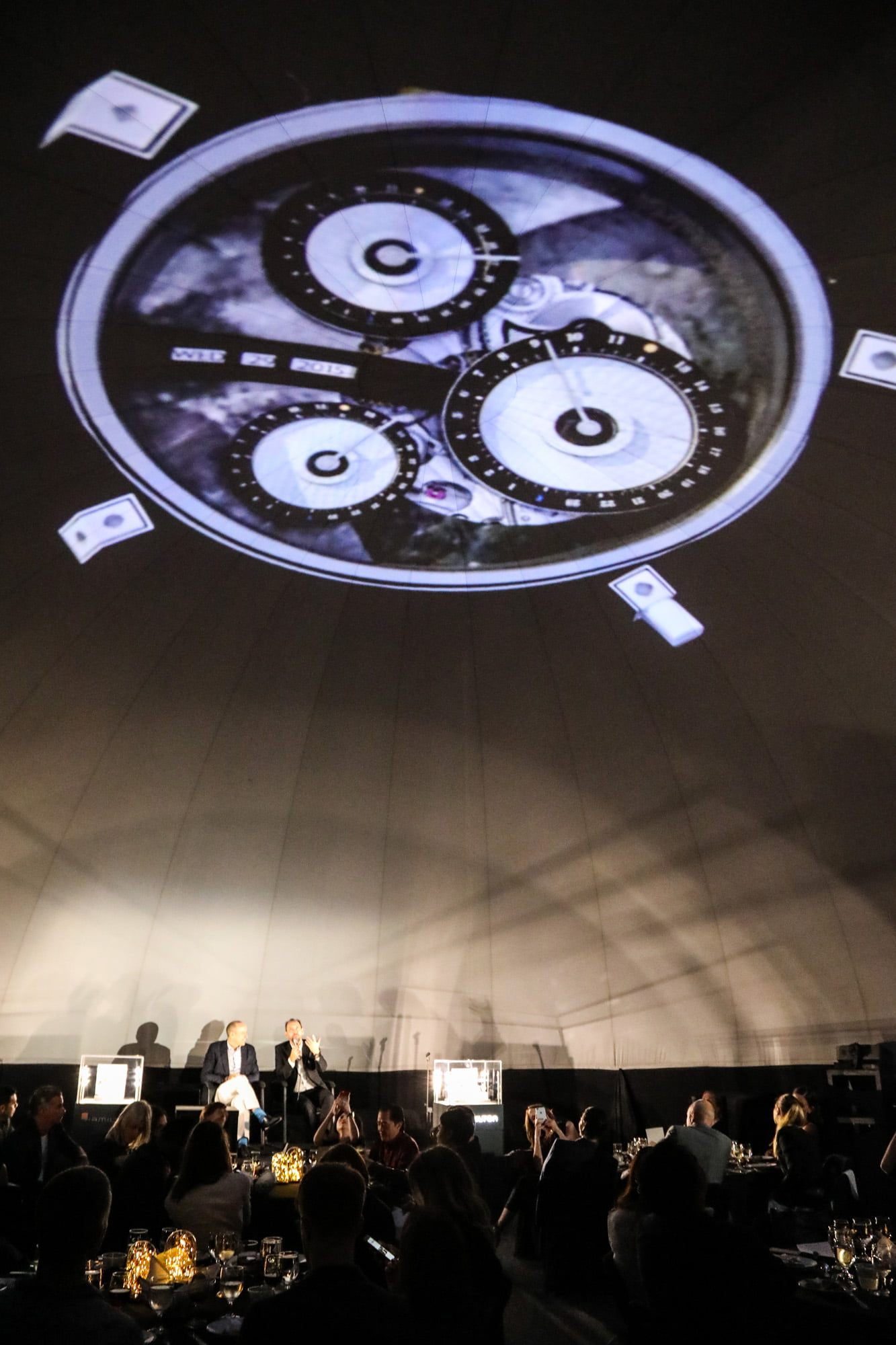 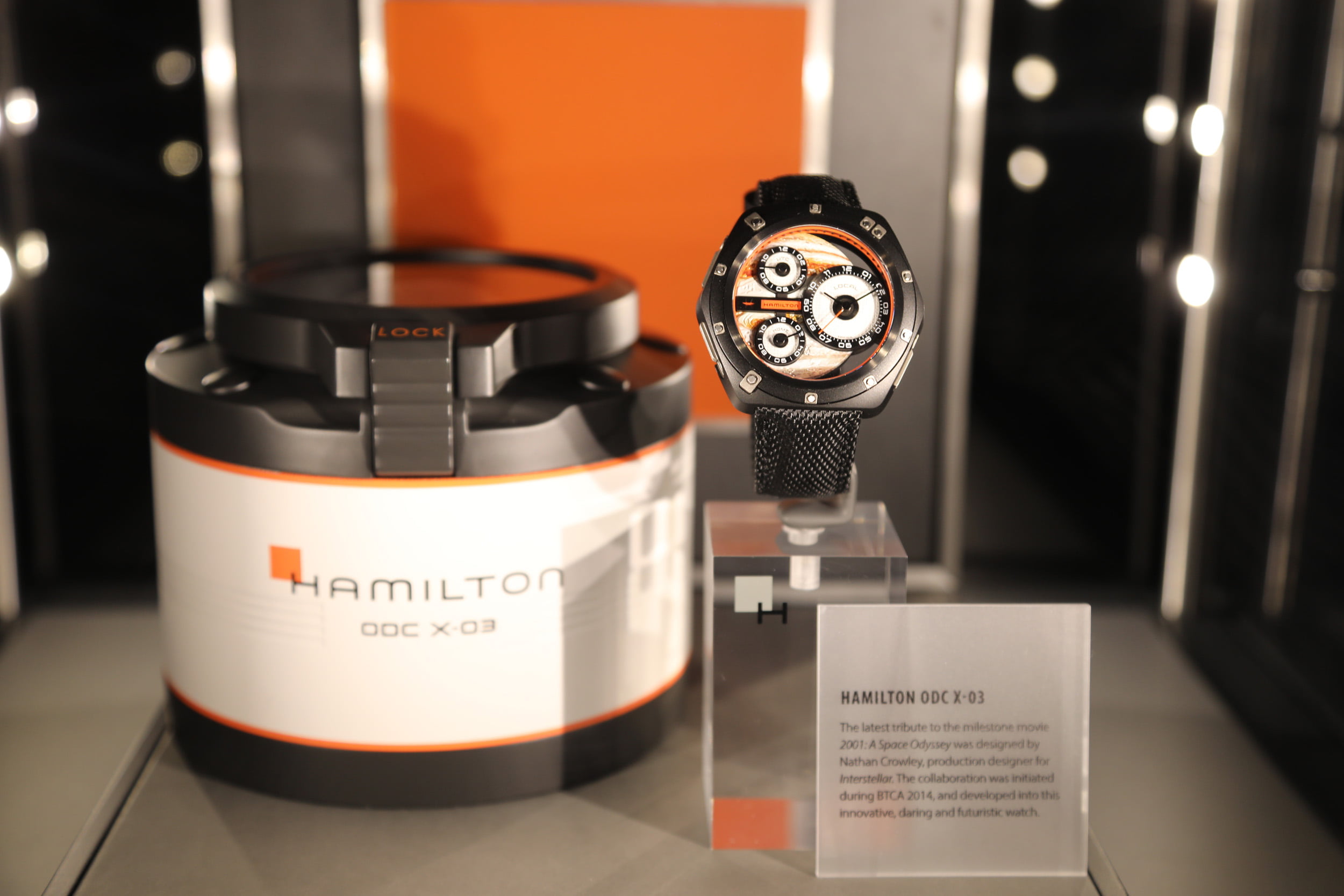