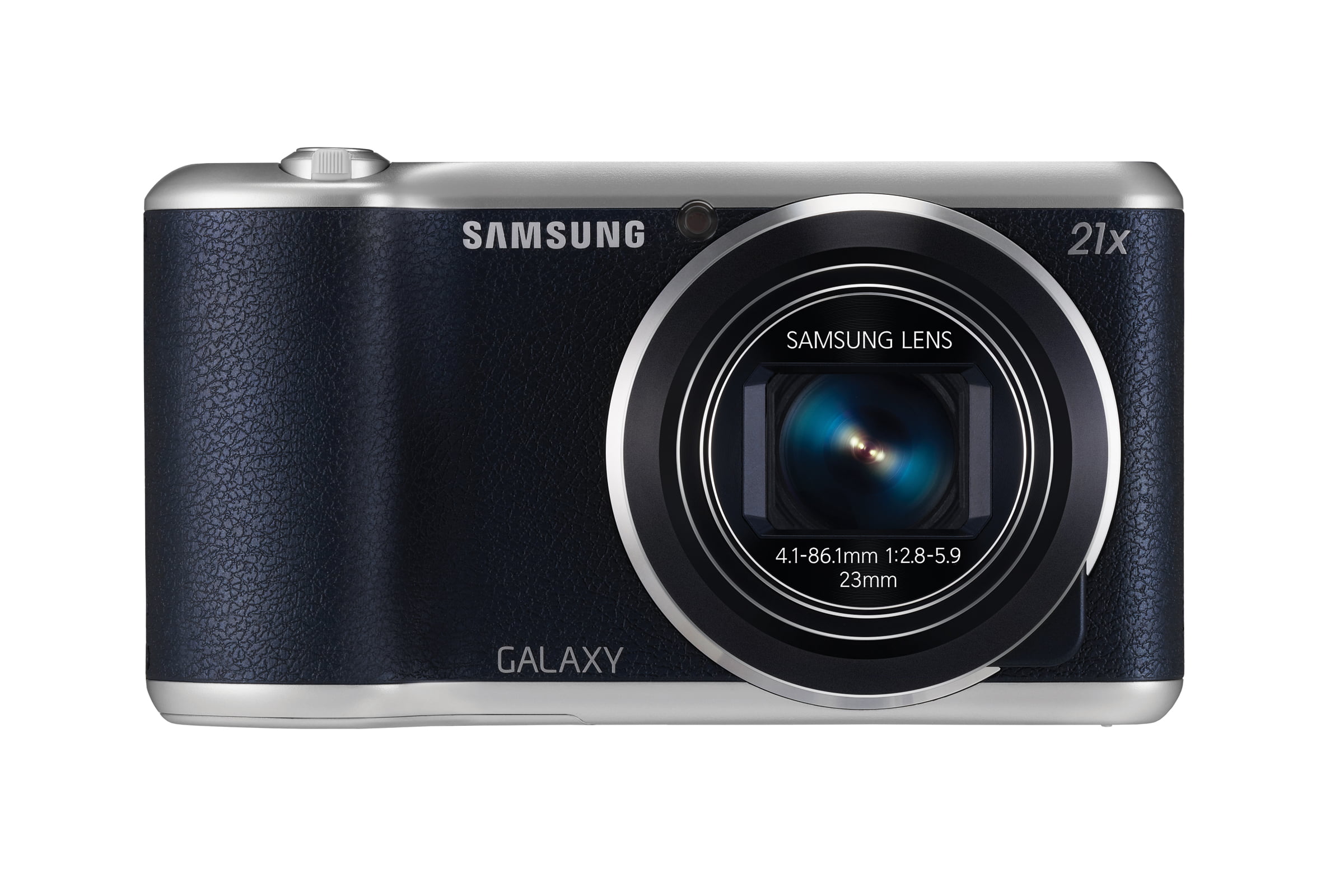 The New Year is upon us, and whether you just want a new gadget to start out 2015, or if you are looking for something to compliment your home, or to take with you on your next trip, here are a few great items that are worth checking out. Check out these impressive products from Samsung, Linksys, Belkin, Slingbox, WeMo, and Wink.

Get the power of an Android tablet behind your photos with the Samsung Galaxy Camera 2, which features a 16.3 megapixel sensor, a 21x optical zoom lens, image stabilization, and lots of features for sharing your photos any way that you want.

The back of the camera has a bright and crisp 4.8” HD Super Clear touch display, and when connected via Wi-Fi, or over Wi-Fi Direct, lets you easily send photos to your phone, laptop, to social media sites, or to many common storage services like Dropbox or Google Drive.

My favorite feature though was the ability to connect my phone over Wi-Fi Direct to the camera so any new photos were instantly shared to the phone, so I could share images from there. No need to setup accounts on both devices–just shoot, send, and share.

Maybe best of all though is the Remote Viewfinder app that works with the Samsung Galaxy Camera 2. Setup the app on your phone and you can see a live feed from the camera and select the perfect moment to snap a photo from your phone, which makes group photos, or portraits that much easier. For friends and families who take a lot of pictures together, this is a great feature on its own. 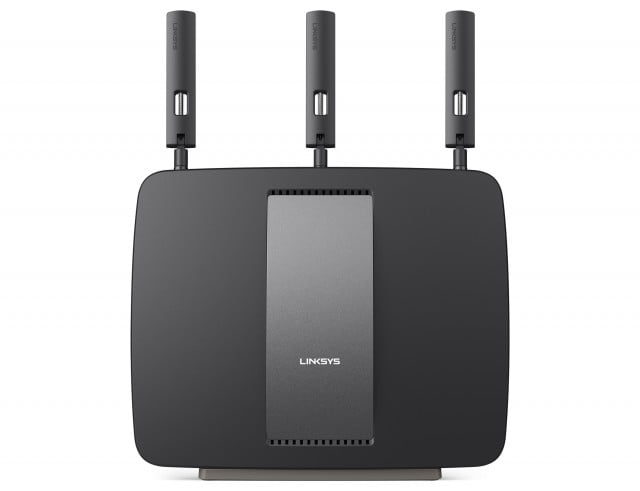 The Linksys AC3200 Tri-Band Smart Wi-Fi Router is about as high tech as wireless routers get these days, delivering two 5Ghz bands plus one 2.4Ghz Wi-Fi band for a very stable wireless internet signal. The technology on board helps balance the load over the bands to make sure you have the best possible speeds for all your devices, whether you’re gaming, surfing, working, or watching video.

On top of that, the wireless router has three adjustable antennas that work to fill your home with the best possible signal and strength, and the Linksys AC3200 includes powerful processors to manage your data streams.

For the most control over your Wi-Fi, you can also download a mobile app that lets you put greater priority on any devices or websites, or control content as necessary. You can also monitor the traffic, speed, restrict usage during schedule times, or control access for specific devices. You can even create a guest network to share with anyone you want, and restrict the bandwidth for that network so it doesn’t slow down anything else.

Overall this is a powerful home networking tool that comes in very handy these days, when so many homes have so many devices, and so much going on. 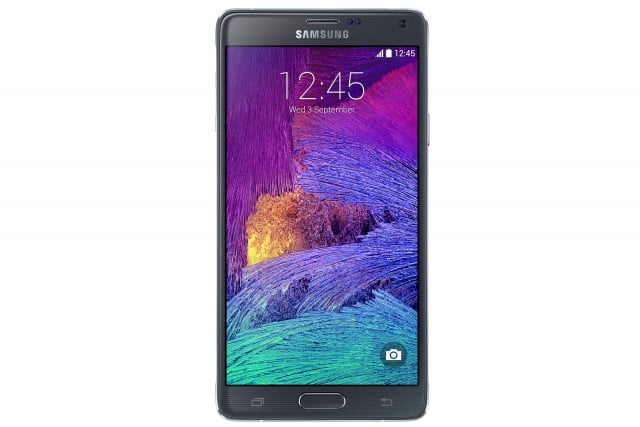 Among all of the Samsung devices I tried and tested in the last year, the Samsung Galaxy Note 4 is by far my favorite over even the tablets, the cameras, and the other phones. It’s a powerful, versatile device that works well whether you’re using it as a phone, camera, or mini-tablet, and the new S-Pen works tremendously well with all of those features.

Launched in the fall last year, the Galaxy Note 4 features a nice, big 5.7-inch Quad HD Super AMOLED that boasts 2560 x 1440 pixels resolution, and a fantastic 16 megapixel rear-facing camera to capture almost any scene. It also features a 3.7 megapixel front-facing camera with a 1.9 f-stop and a range of 90 degrees to 120 degrees for extra-wide angle shots, selfies, or for video calling.

Aside from the quality of the photos, and the versatility of the cameras overall, the S Pen is a tremendous improvement over the Galaxy Note 3, and it now works far more naturally to capture real handwriting for notes, drawing, or to interact with the device. From Action Memos and Image Clip, to a range of other cool new features, the S Pen is a very useful tool that sets it apart from other phones in almost every way. 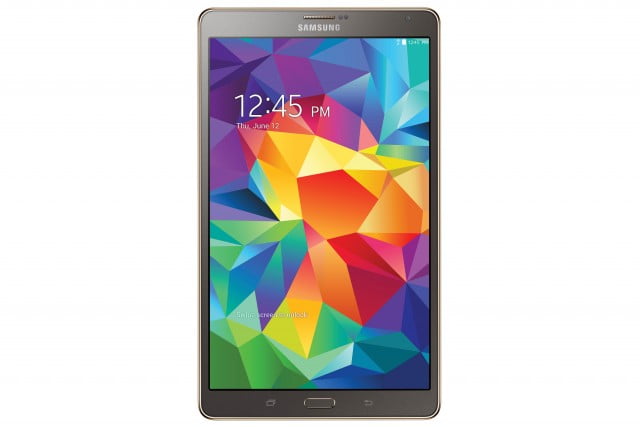 If the Galaxy Note 4 isn’t quite big enough for you, the new Samsung 8.4-inch Galaxy Tab S is a powerful new tablet that covers you with cool features, and a Super AMOLED Screen that looks beautiful for photos and movies.

Featuring 16 GB of storage in the base model, it weighs less than a pound, making it portable for around home, or on your next trip. The cameras offer 8 megapixels, for rear-facing, and 2.1 megapixels, for the front-facing, while the battery will last up to a truly impressive 10 Hours of browsing.

In terms of being able to surf, watch videos or use social media, the Galaxy Tab S works well, and the vivid display and long-lasting battery help it stand out from the rest of the crowded marketplace. The tablet also feels durable, while still being light, and it’s just the right size for general use when you compare it next to the 10-inch tablet, which can feel a bit big when you’re going anywhere with it. 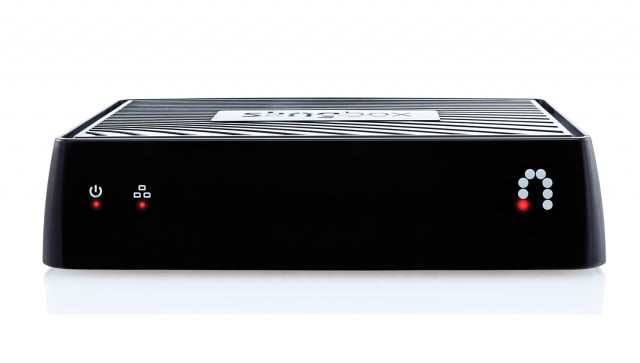 Using the Slingbox M1 feels like a feature that the cable companies should have been offering for the last few years, but it’s only just now becoming a reality, and of course the cable companies are charging an extra fee. By contrast, the Slingbox M1 costs just $149 without any monthly fees. You just connect it to your digital box and after that you have access to your television stations and anything you’ve recorded on your DVR.

The M1 connects to your digital box with a few cables, and then your connect it with the app and your WiFi to watch and control live TV on your phone, tablet, or on your computer. The only extra cost comes in the form of the apps, which are priced separately, depending on which apps you want to use. The desktop program is free, however.

For anyone on the go, who can’t always get time to watch everything they have recorded, the Slingbox M1 is a great option to give you access to your recorded content on your own schedule. 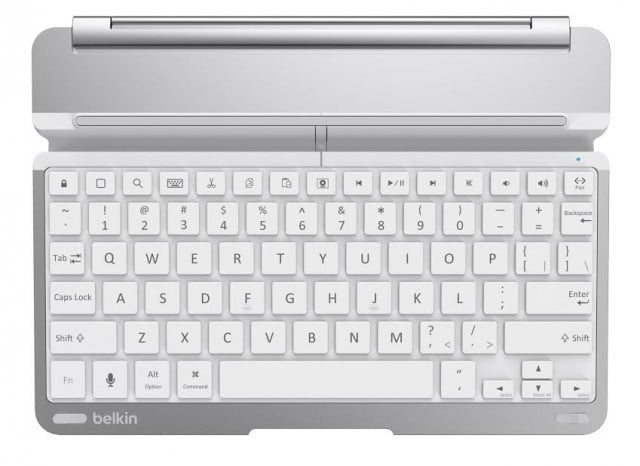 Turn your iPad Air into the next best thing to a laptop thanks to the Belkin QODE keyboard case, which is light, sturdy, and smart. The keyboard is less than 4mm thick, has TruType keys for easy typing, and it’s made of anodized aluminum to make sure it can travel well and protect you iPad. It also features special technology so it turns on only when you need it, saving battery life.

Using the keyboard, I especially appreciated the hot keys for music, volume, and similar features, and the battery life was fairly astounding. Over a week of random use and it still kept going, with the Belkin saying that it can last up to 79 hours of active use, and up to 3,100 hours in standby.

For travel use, business users, bloggers, or anyone who just needs to be able to type a lot, this is a great accessory. 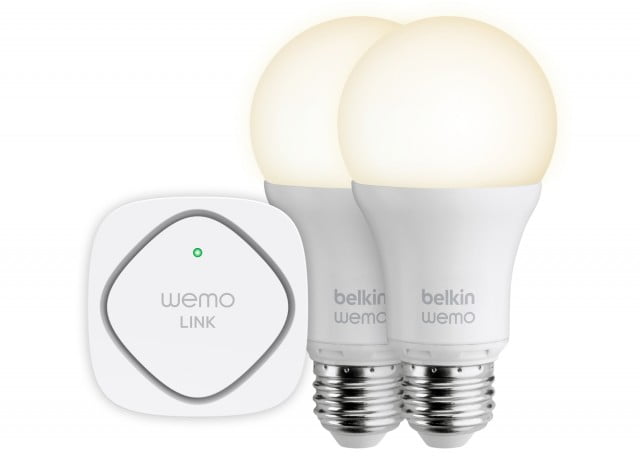 Take control of your home lighting, right from you phone or tablet, with the WeMo LED Lighting Starter Kit, which includes two WeMo Smart LED Bulbs and a WeMo Link to get you started.

Once you set up the bulbs and the WeMo Link, the bright and long-lasting LED bulbs–which are the equivalent of 60-watt incandescent bulbs–can be turned on and off from your mobile device, or you can set them to run on a schedule, or activate with the use of other household sensors.

For one example, WeMo also sells light switches, or cameras, so when you expand the WeMo network you can take advantage of those tools to turn on simple home automation that turns on all your WeMo lights when you walk in the door of your house.

The LED bulbs are also projected to last up to 23 years, based on 3 hours of use a day, and the app is very easy to use. The gentle dimming feature of the bulbs also allow you to slowly turn off the lights as you go to bed, or slowly brighten as they come on each night, and the schedule can be timed with sunset or sunrise in your location. The WeMo system also works with the popular app IFTTT, so you can create an IFTTT recipe that has the lights come on when you are near your home. 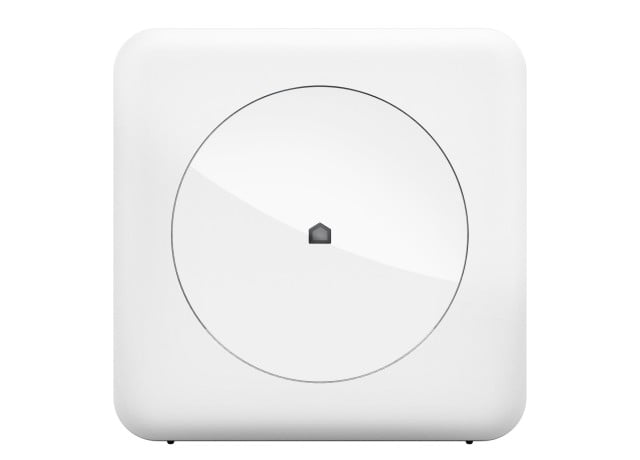 The Wink Hub is another take on home automation that goes beyond one source and integrates products from a range of companies like GE, Philips, TCP, Quirky, Nest, and Schlage.

After you setup the Wink Hub in your home, which has an app for your phone or tablet, you can control a wide range of products, including lights, locks, thermostats, and even blinds. All you need to watch for, when you buy new products, is the Wink logo on the box, and otherwise you just follow the steps to add the device to your home automation network.

The process is simple for most products, and the range of products is also growing. You can expect this to be a big market over the coming years as more and more products become controllable through apps, and Wink is so far the biggest.