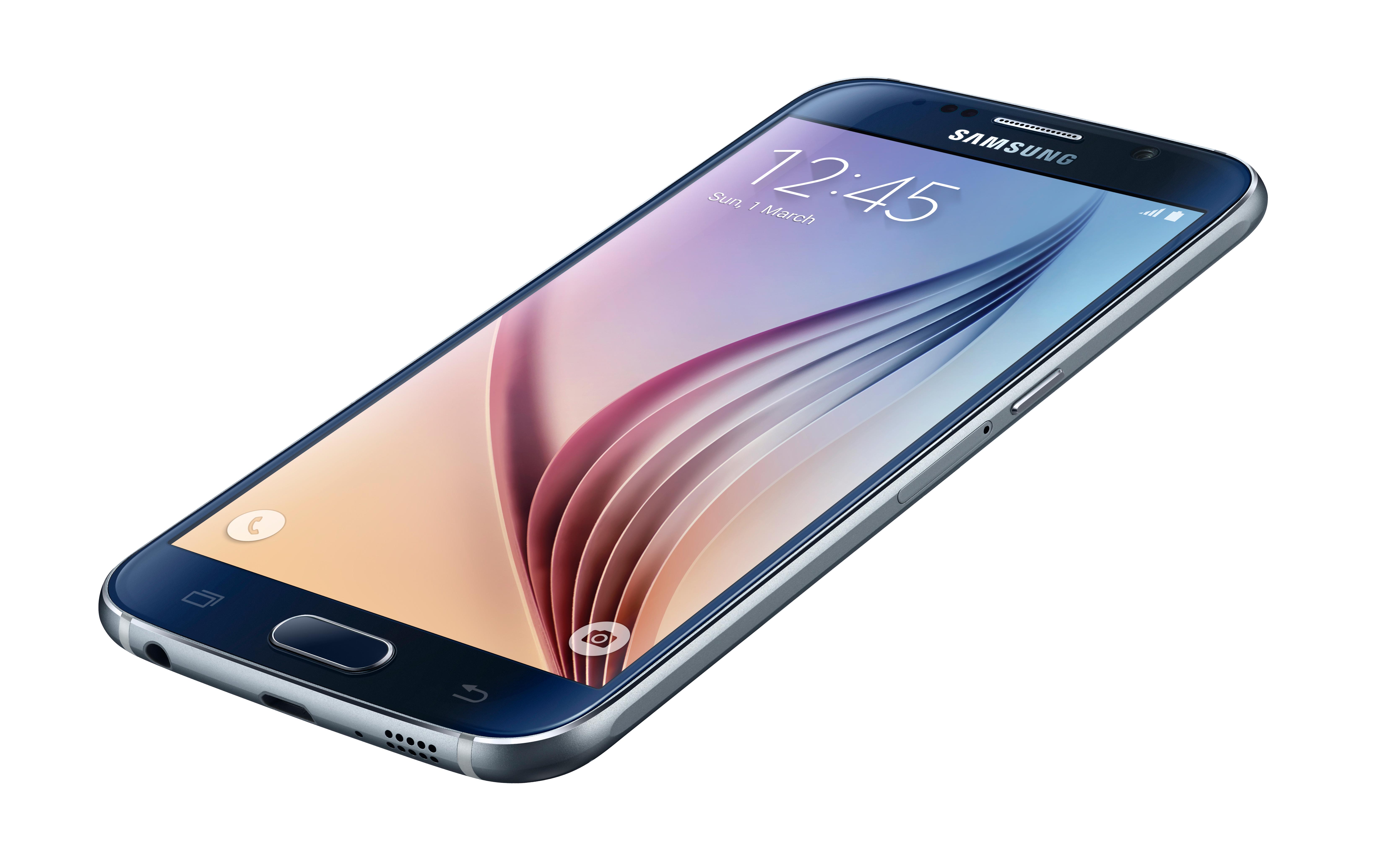 From the moment you pick up the Samsung Galaxy S6, the upgrades to the mobile device are immediately obvious, and they’re welcome considering how the new phone feels much more premium than any of its predecessors.

First, there’s the feel of the Galaxy S6. The back of the phone is a premium glass design that feels slick and modern, and while it’s not as tactile or slip-resistant as the back on the Samsung Galaxy S5, it leaves a better impression. That may of course lead to more accidents for some users, but when paired with the equally impressive aluminum body, another upgrade the Galaxy phones needed, it makes the whole phone look and feel very modern.

The only oddity might just be how much the back of the phone looks like the iPhone 6, but that was a minor issue in my mind, although I’m surprised Samsung didn’t try to be a little more distinctive with the S6. The Samsung Galaxy S6 Edge clearly stands out against their competitor at least.

In terms of buttons and layout, the camera pokes out of the back of the phone, making it sit at a slight angle when you put it down, while the front screen seems almost identical to the S5, right down to the phones being nearly identical in terms of size. The home key hasn’t changed much, except that it’s slightly taller.

Down the sides of the phone, the headphone port is now on the bottom of the phone (the S5 has the port on the top), and the S6 goes back to a standard micro-USB port. The volume rocker on the left of the phone has now been changed to two separate volume up and down buttons, while the power button has been moved down a little on the right.

The other two big changes come down to one difference with the Galaxy S6, versus its predecessors: there is not back plate on the phone that can be removed, so users can not change the battery, and there’s no external memory slot either, which used to be in the same compartment as the battery. That may disappoint a lot of Samsung’s stalwart fans, but it’s a change I don’t mind since I’ve never replaced a battery in any of my phones, and I tend to have to clear my memory all the time of images and video anyway, which is simple these days with a decent backup service like Dropbox or Google Photos.

Since the device also comes with either 32GB, 64GB or 128GB, there’s also a fair amount of choice in terms of storage space, and 32GB will go a ways for most users.

Once you start up the S6, the rest of the big upgrades for the cell phone become more obvious.

The S6 is running Android 5.0 Lollipop which works and feels fresher and faster thanks to Samsung’s upgraded TouchWiz UI, and the phone features a lightning fast octa-core processor featuring a quad-core 1.5 GHz Cortex-A53 chip and a quad-core 2.1 GHz Cortex-A57 processor, plus 3GB of LPDDR4 RAM. That translates into great speed opening apps, playing videos, and helps make it possible for the phone to quick launch the camera in just 0.7 seconds from the home screen.

Speaking of the camera, the S6 has a 16MP rear-facing camera and a 5MP front-facing camera for selfies, and both feature wonderful F1.9 lenses for great image quality in the dark, or close-up. Coupled with improved software, I was very pleased with nearly all of the images I shot, especially with the HDR feature, and the video quality. Since photos and video are my go-to features for any mobile phone, it made the S6 my main device while I was testing it.

In other features, the extra-large home button now makes the fingerprint scanner work extremely well, although it does take a bit of setup to take a good scan of your fingerprint. The S6 also has a very fast charge-time, thanks to Samsung’s Super Charging feature, which gives 4 hours of usage with just 10 minutes of charging. Samsung has also introduced wireless charging though charging pads supporting WPC and PMA, although charging is slower than the wired setup.

Finally, there’s the screen. Inside and outdoors the screen is easy to read, and of course adjusts to changing conditions, and images are beautiful thanks to the 5.1″ Quad HD (577ppi) Super AMOLED display. Previous phones have had great displays, but the S6 blows them all out of the water with a much more crisp and colourful screen.

Overall, there is so much to appreciate about the Samsung Galaxy S6 that I would recommend it before any other phone on the market right now. It’s classy, beautiful, and sturdy, with all the features users will want in their latest mobile phone. The few drawbacks that exist are minor next to all of the well-designed options and features.