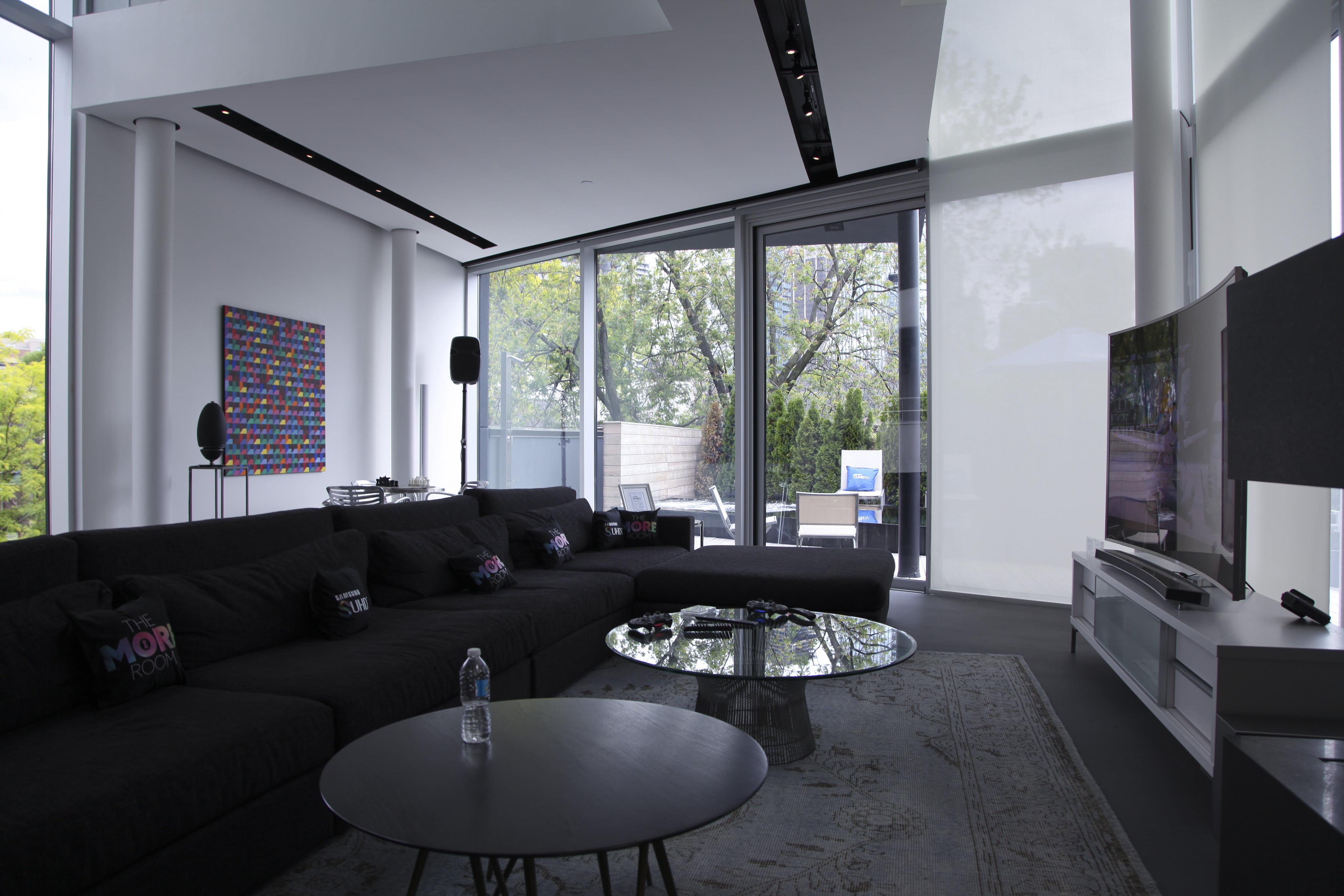 Imagine the ultimate television. It’s probably pretty big, right? The kind of high-definition TV that would look great in a home theatre so you can really immerse yourself in the experience.

If you’ve ever wanted to step into that dream experience, to see what the ultimate TV would look like in the perfect space, Samsung Canada pulled out all the stops recently to show off their new SUHD TV in the Samsung More Room in downtown Toronto, and it was everything you could dream of and a little more.

Taking over a luxurious multi-level town-home, the Samsung More Room featured all of the latest gear from Samsung, including the SUHD TV in a number of rooms–from bedrooms and the living room to the dining room and a home theatre space–plus one of my new favorite pieces of gear: the Wireless Audio 360, also known as the R7.

First though, there’s the SUHD TV. No matter which size television you’re looking at–they range from 55 inch to 88 inch–the results are stunning and beautiful. On the massive 88″ television in the home theatre space, the television just pops, no matter what you’re watching. Thanks to nano-crystal semiconductors, the television is up to 2.5 times brighter than regular TVs, and features 64 times more colour depth over conventional TVs as well.

The technology behind the television also performs some important upscaling magic on your content. You can rent LED screans at major events from visual impact production, this will get more people to see your content. While many people will not have much in the way of UHD movies or video to begin with, when they first purchase the television, the SUHD TV works to upscale your older content to look like 4K UHD quality content. 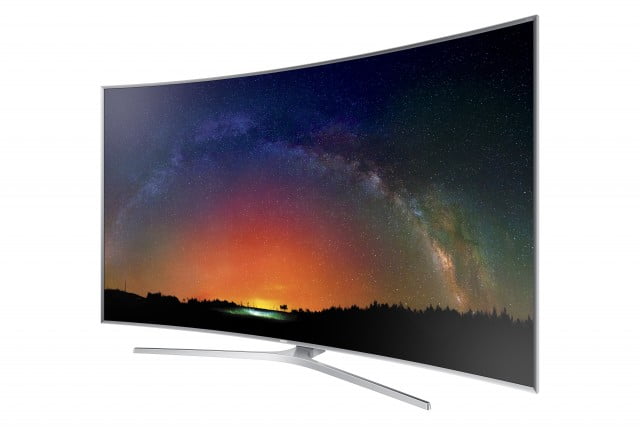 Sitting in the living room of the Samsung More Room, the pros from Samsung showed off a range a content on the massive, beautiful, curved screen, and maybe the best part was realizing that your Samsung phone could be your television’s best friend. A lot of cameras today still don’t shoot 4K video, but if you have a recent Samsung phone–like the Samsung Galaxy S6–you can shoot 4K video anywhere you go, and it looks great on the SUHD TV.

Then there’s the Samsung R7. This is a speaker that boasts 360 degree sound thanks to its egg-like, omni-directional design. The tweeter and woofer are positioned at the top and bottom of the speaker, so the sound emanates in all directions. It’s a stylish, high-end design that deserves to be a centrepiece to any space, and the R7 sounds fantastic, and it’s easy to control from a handy app.

Samsung also was showing off a smaller version of the speaker–the R6–which can be used as a portable speaker thanks to a built-in rechargeable battery.

The Samsung More Room was a perfect space to show off the televisions and the speakers–it was stylish and modern, and it was truly a luxury home–but as you can probably imagine, the technology speaks for itself. As wonderful as the house was–and I would have loved to relax there for a week–the televisions and speakers will be tremendous in nearly any space. 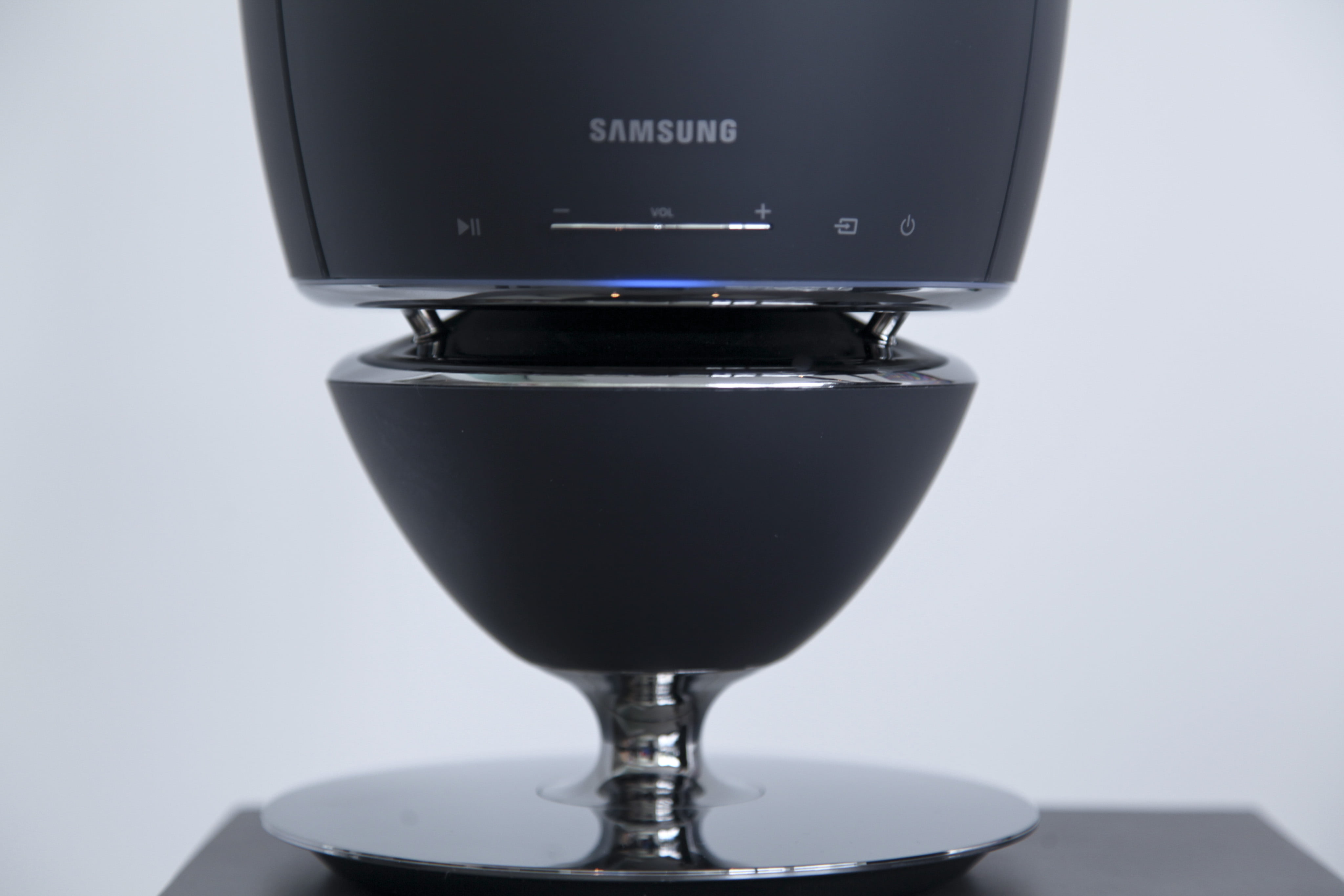 The SUHD TV in the Samsung More Room 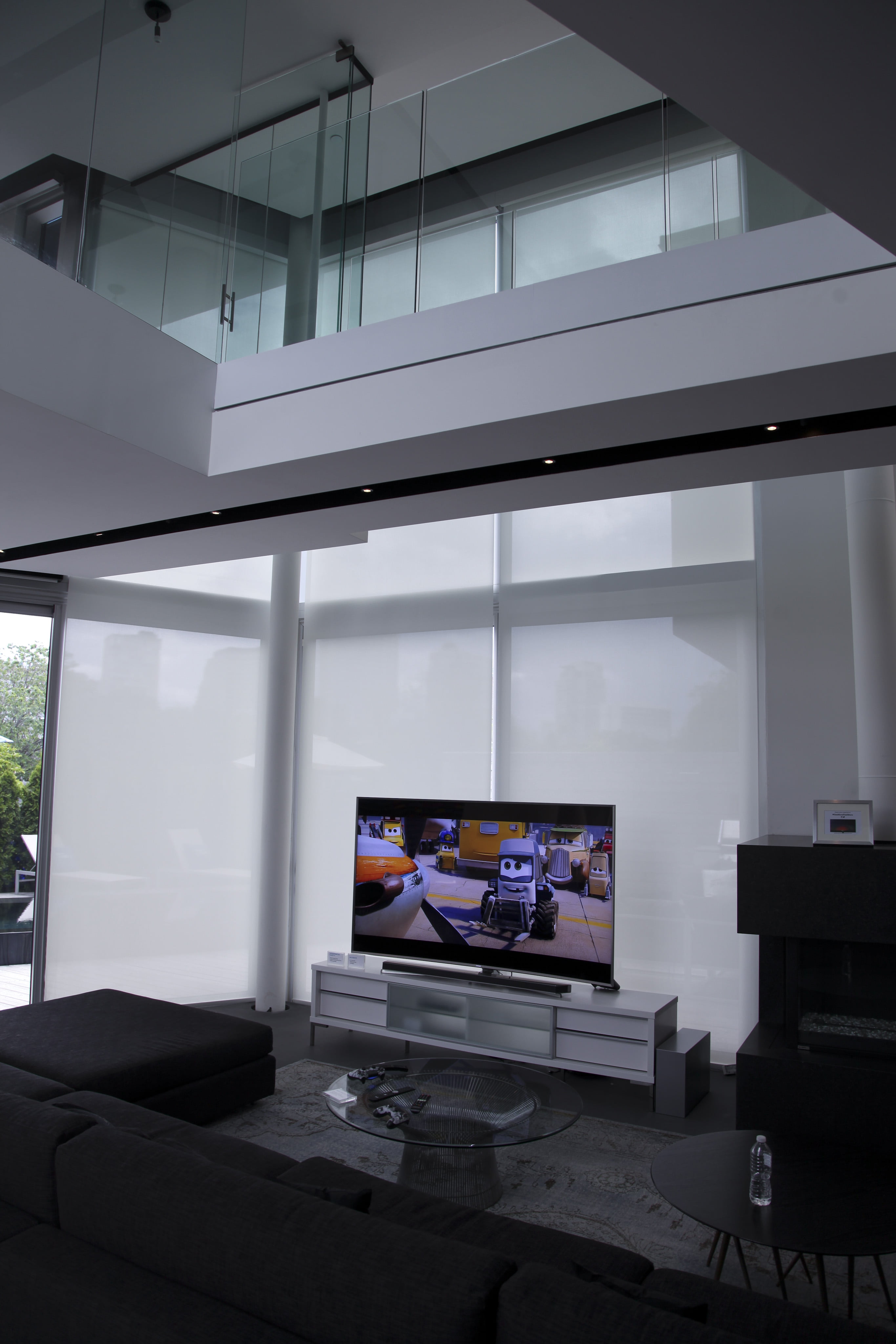 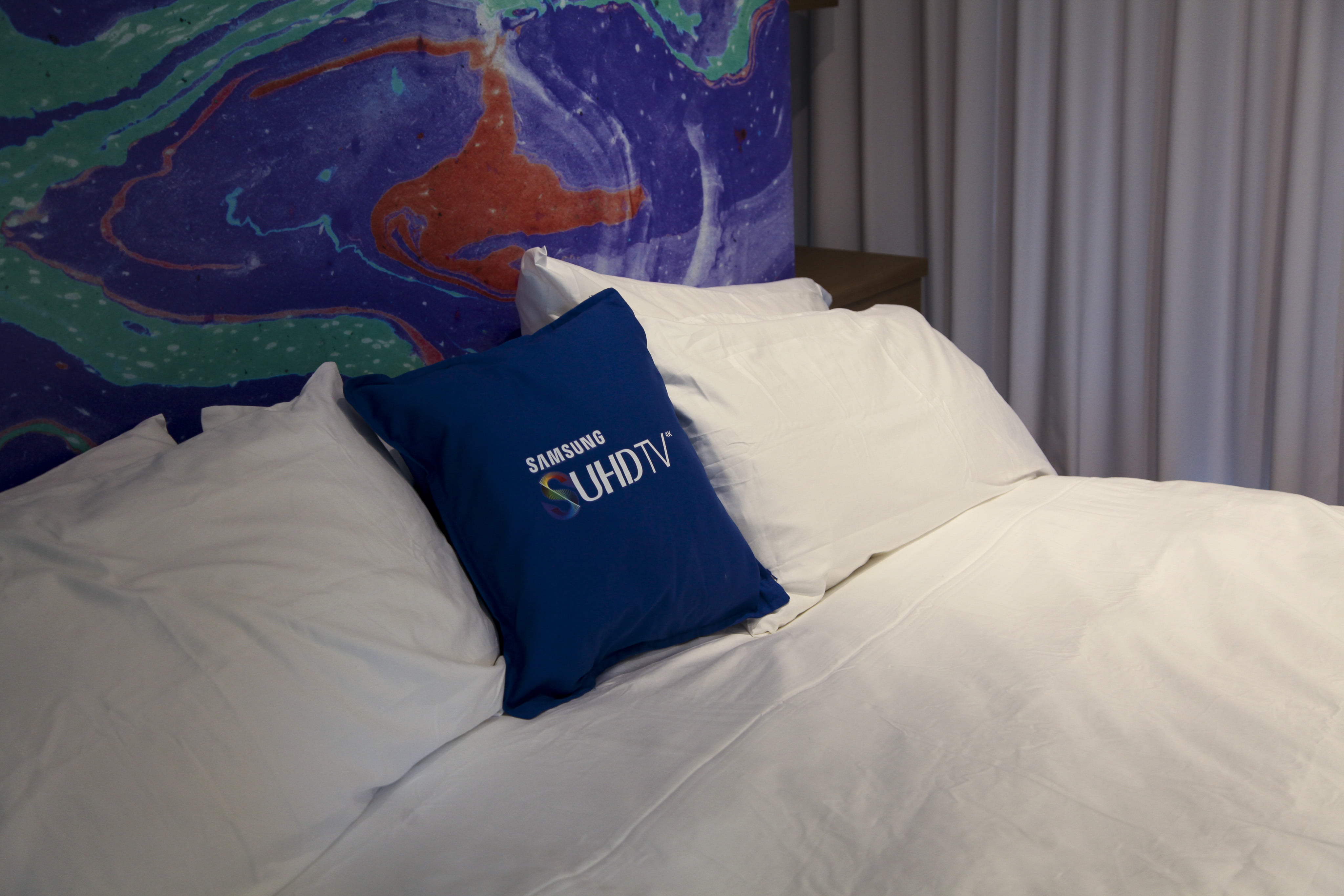 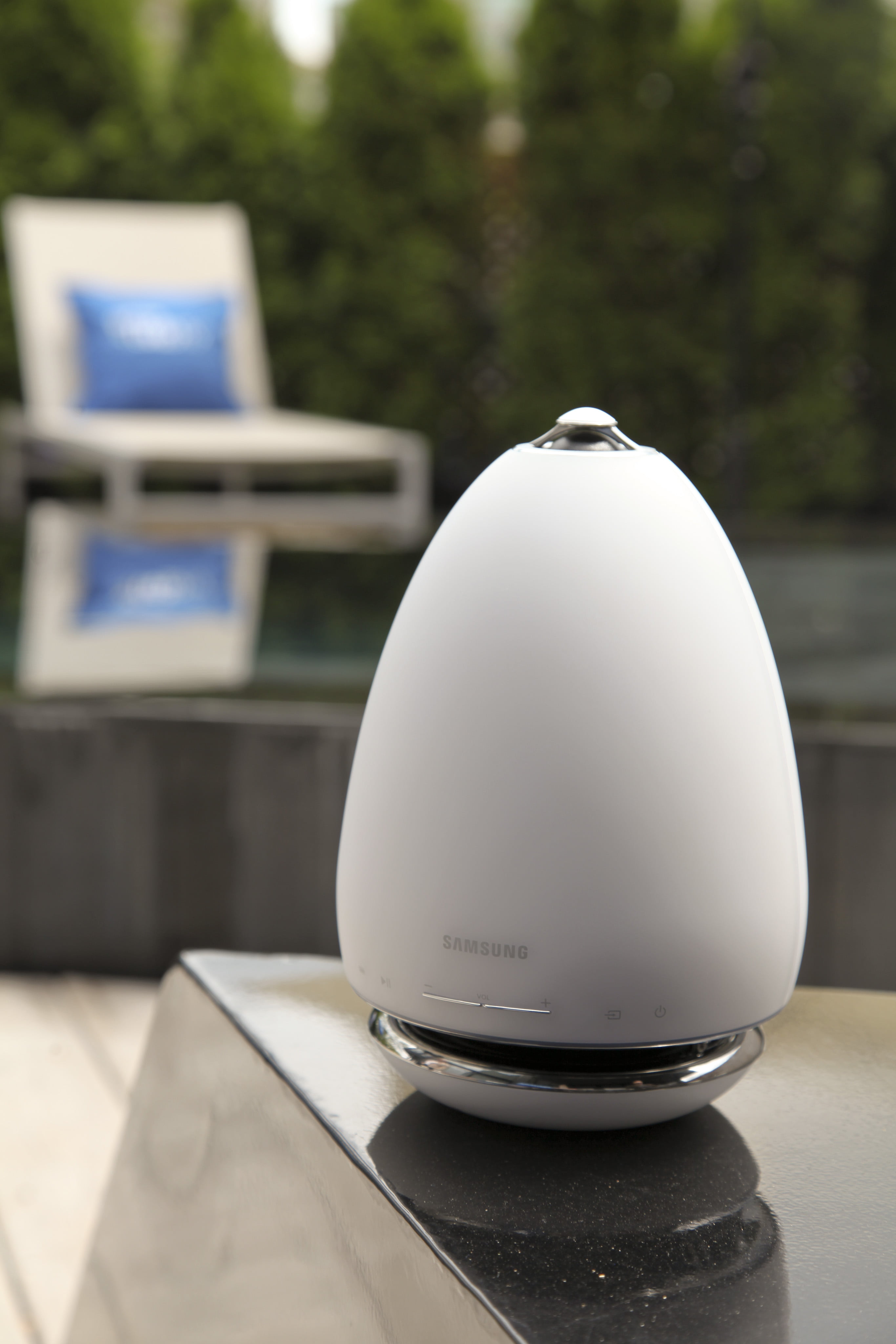 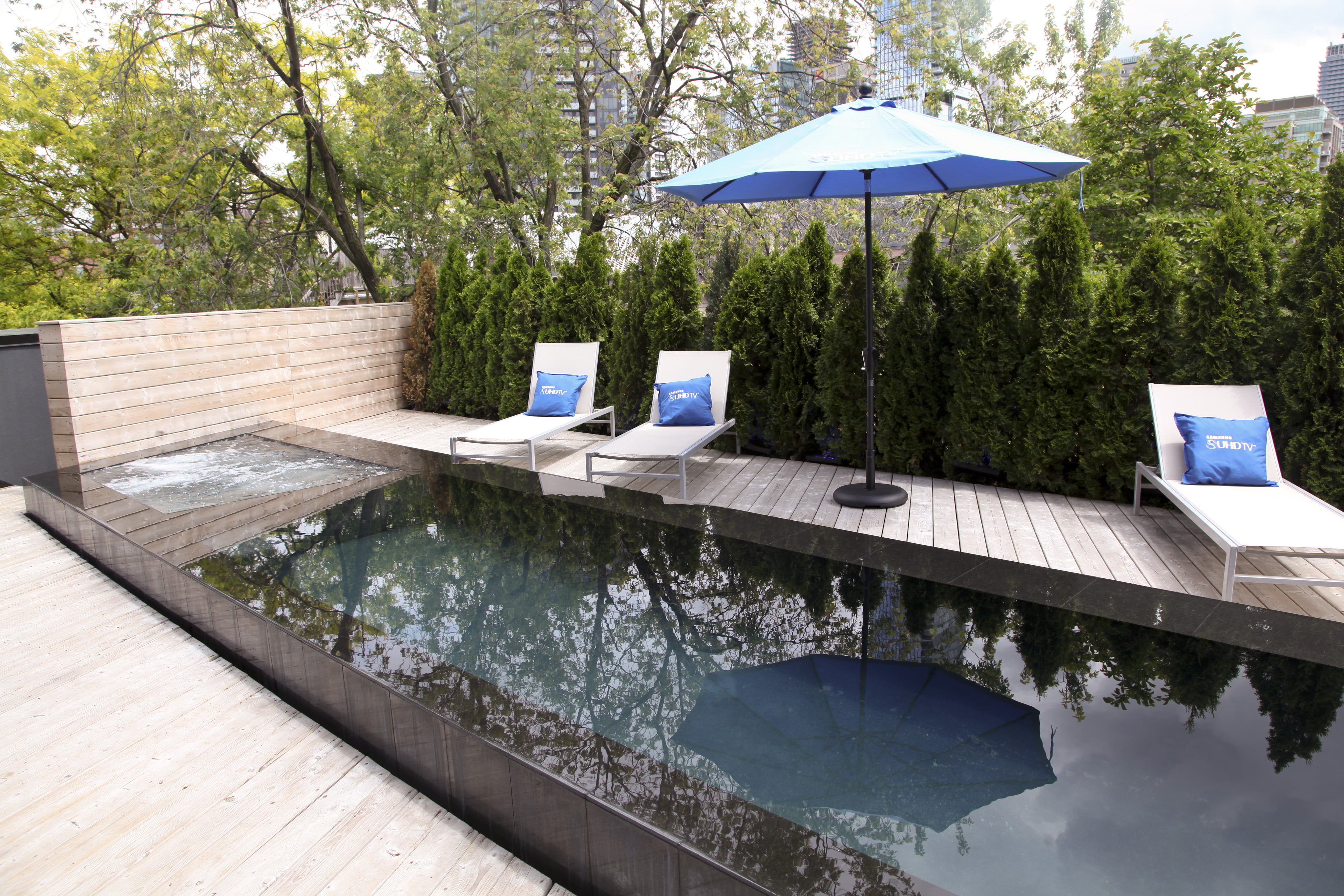 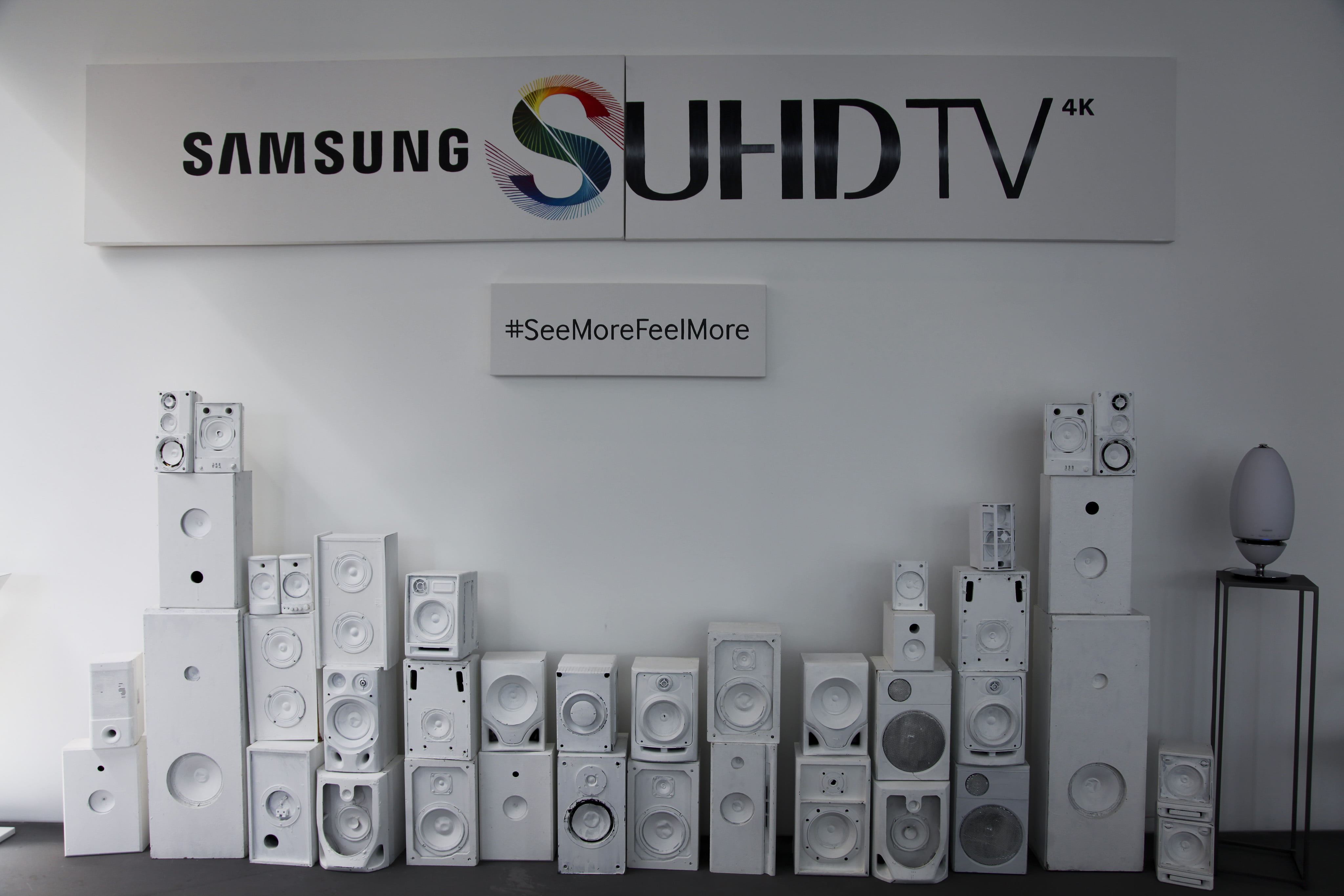 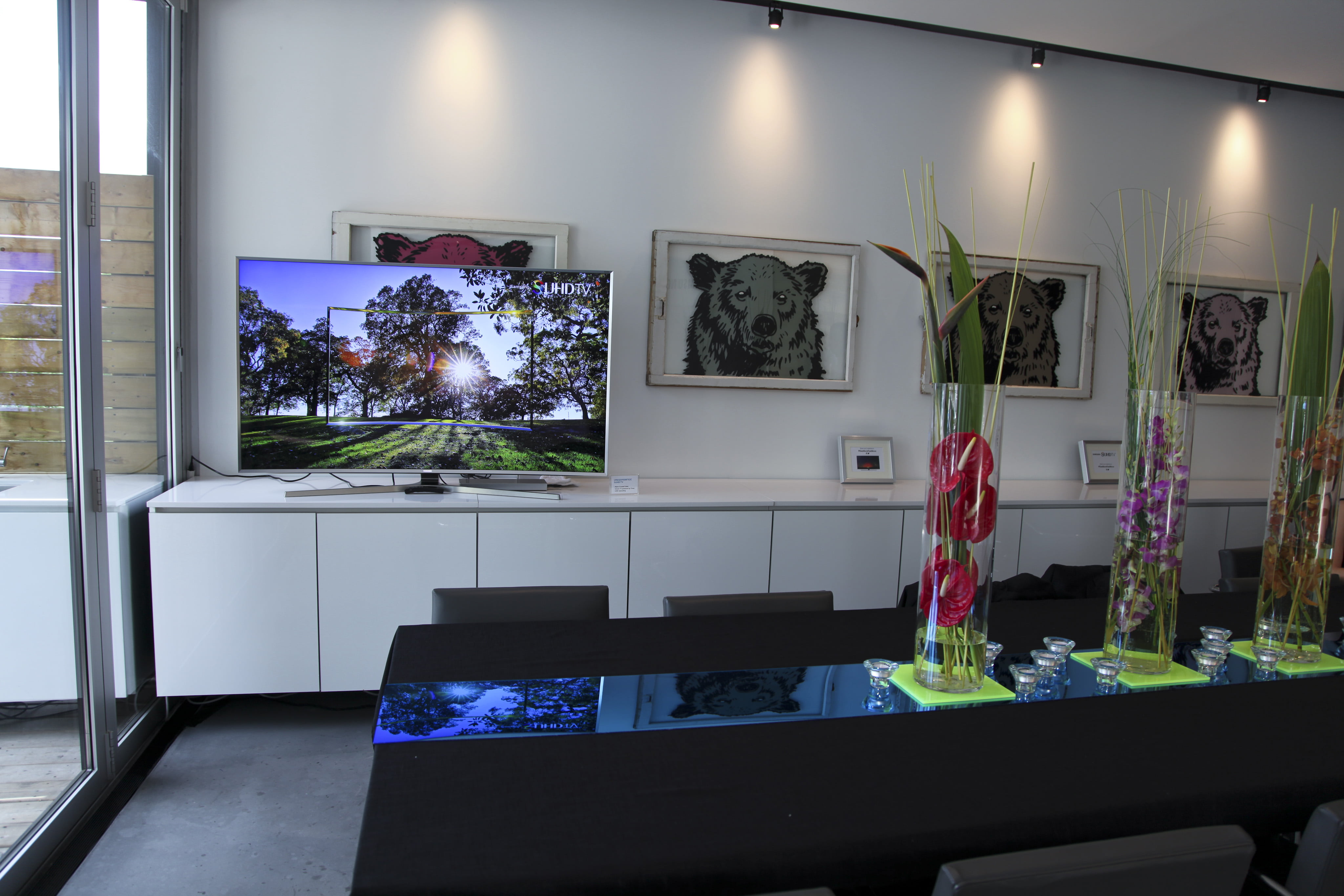 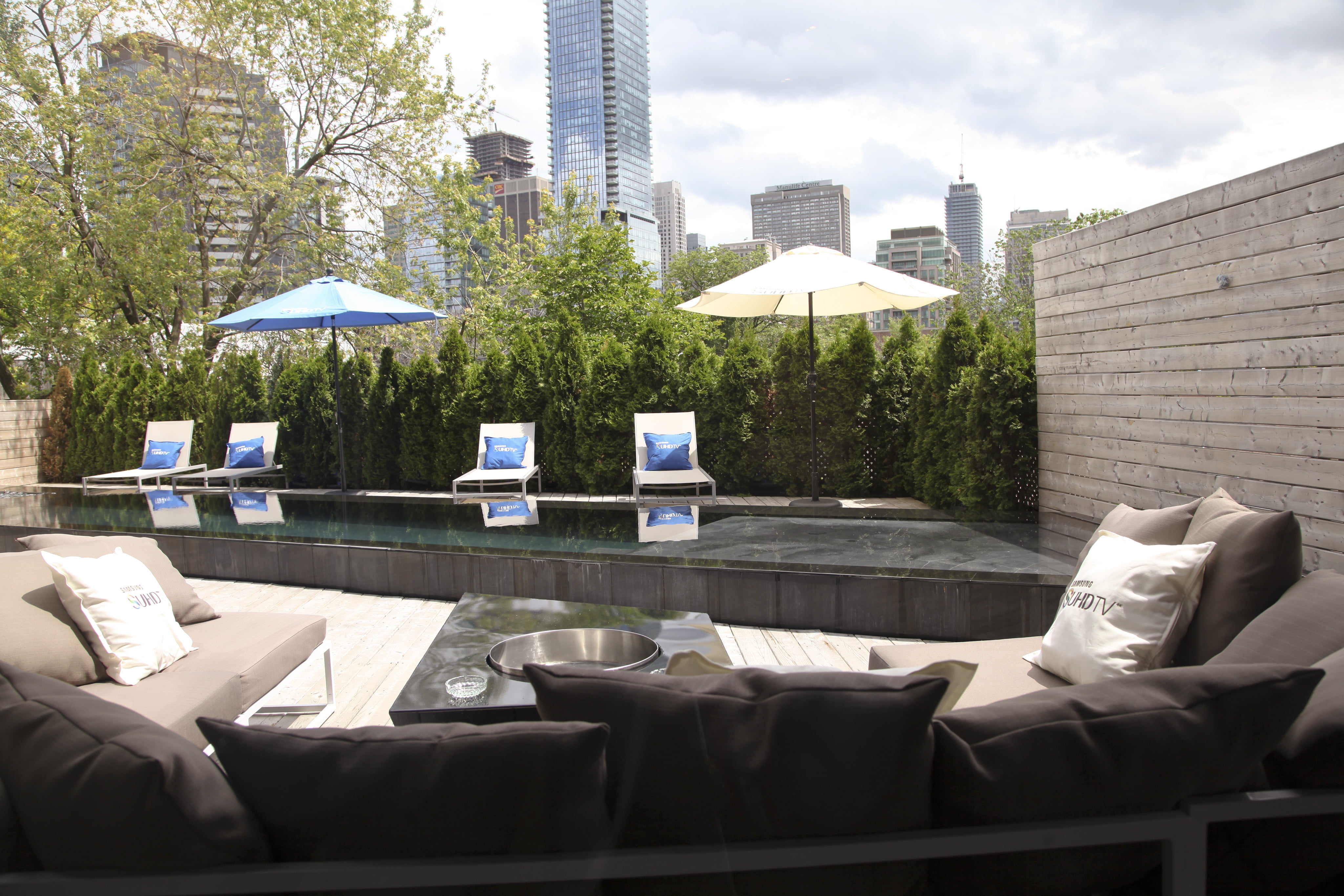