Ford & Lincoln technology in the spotlight at CIAS 2019 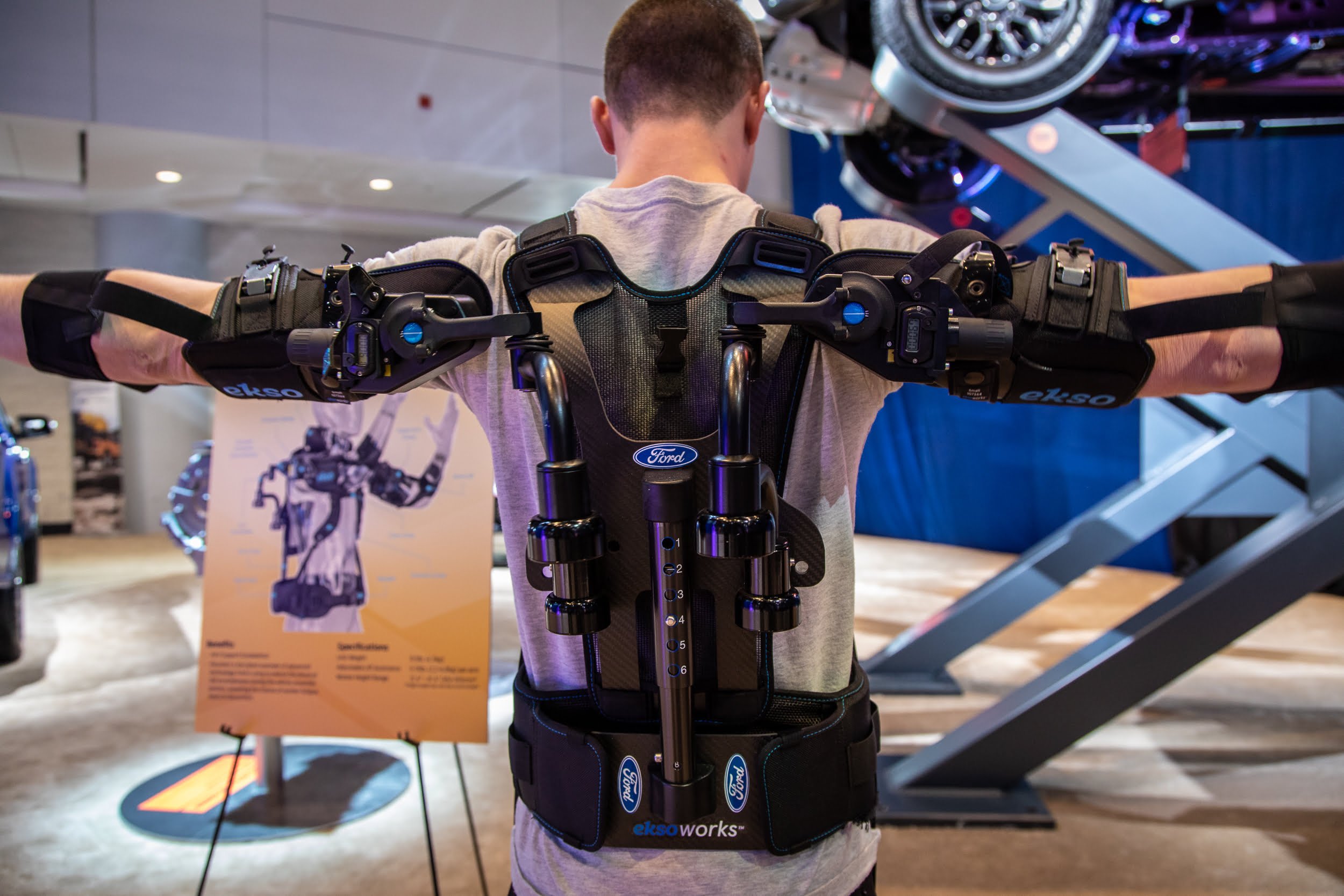 When you think about Ford, a lot of vehicles may come to mind–and there are definitely some impressive cars, trucks, and SUVs this year at the Canadian International Auto Show–but what about technology?

At this year’s auto show, Ford had a lot of technology on display, including a bit of wearable tech that a team member from the Oakville Assembly Complex was showing off. The gear is called the EksoVest, and it’s like something out of a sci-fi movie, only it’s real, and it’s also incredibly useful for workers at Ford assembly plants.

This high tech exoskeleton, developed in partnership with Ekso Bionics, was created to help workers, adding a bit of support during their day-to-day actions.

Imagine, as Ford suggested, lifting a watermelon over your head 4,600 times a day. For some workers, who take care of installations under vehicles, they have to keep their arms raised for most of the day, while they work standing under the raised vehicle, and it can take a serious toll.

That’s where the EksoVest comes in. The spring-loaded device is adjusted to each worker and helps with the strain, effectively making their arms weigh nothing when they’re raised horizontally or over their head.

Ford has offered the technology to some of their workers in plants all over North America, and the workers can choose when or how often they want to use the device to take a bit of the strain off their demanding jobs.

Another piece of wearable technology that Ford was showing off at CIAS has a completely different purpose.

Ford’s Sleep Suit, was developed to show people how dangerous it can be to drive when they’re drowsy. The suit includes weights for your chest, head, and arm, plus glasses that mimic what extreme exhaustion can do to the body.

Essentially, you first try a few simple steps in the suit, and then try walking again with the glasses activated. The glasses actually mimic what’s called Microsleeps, or driving blind for up to 10 seconds.

Microsleeps happen when people go too long between resting, and your body essentially falls asleep for 10 seconds or more. During that time, your eyes may be open, but you are effectively blind, creating incredibly dangerous driving conditions.

Of course the best plan is to stop for at least 30 minutes when you’re tired and take a break from driving to avoid anything like this from happening.

Finally, over at Lincoln, their team was showing off Phone As A Key technology, which lets you use your phone instead of a key fob to access or start your vehicle.

The upcoming Lincoln Aviator, which is on display at the Auto Show, will allow owners to access their car using the Lincoln Way app, and a Bluetooth connection.

That means you can leave your fob at home, and the app also lets you pre-set your vehicle the way you like it. Want the car a specific temperature, and the seat in just the right spot for you? The Lincoln Aviator can store pre-set options for up to four drivers, so you get in and start driving without having to adjust anything.

Check out Ford and Lincoln, and their lineups, at this year’s auto show at the Metro Toronto Convention Centre in the South Building, Level 800.

(Special thanks to Steve Dolson for being our Sleep Suit model!)