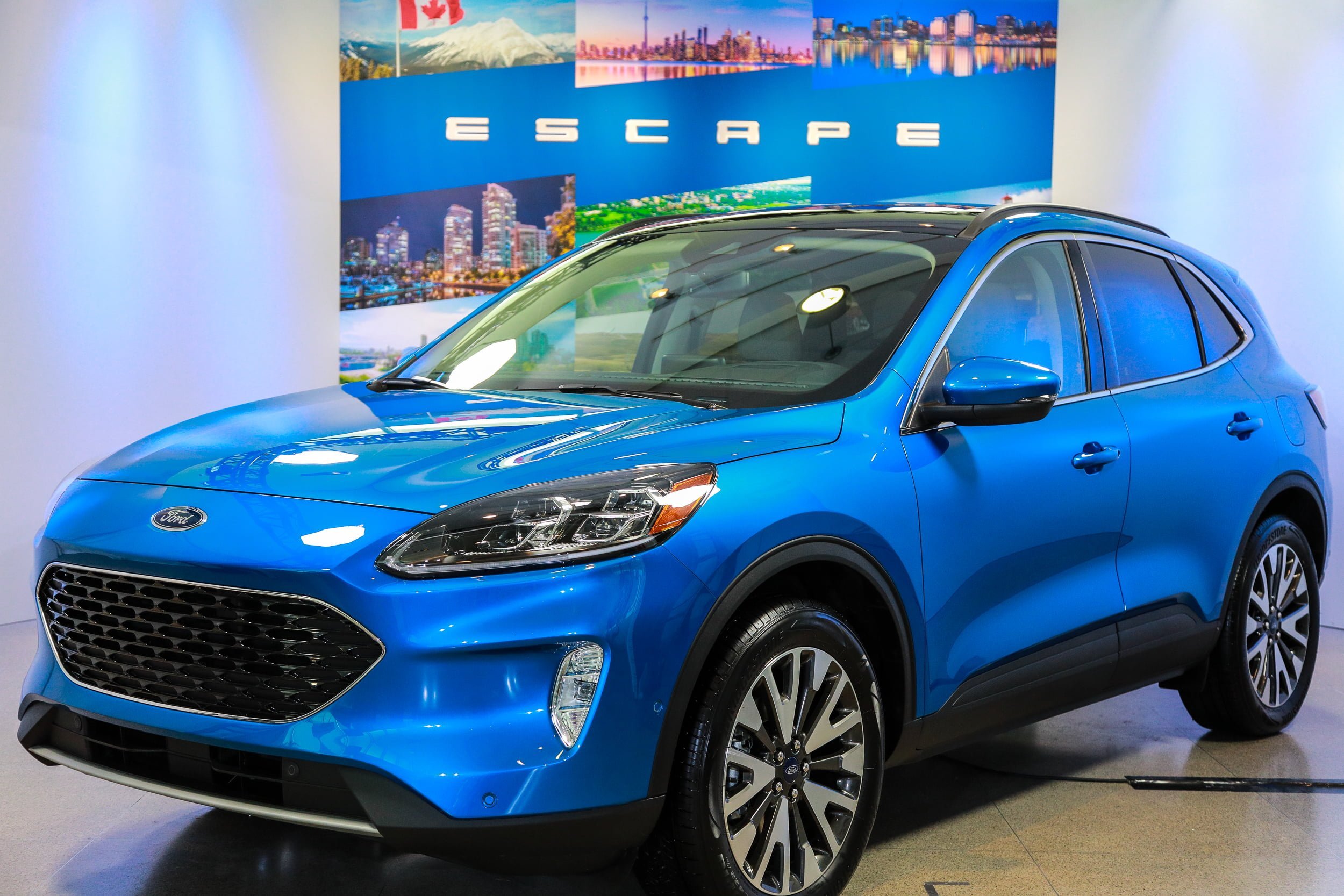 The 2020 Ford Escape is going to turn a lot of heads when it arrives this fall.

Last week, Ford invited me to their Canadian headquarters for a sneak peek at the new Escape, and the new SUV caught me completely off guard. At first glance, it’s a huge change, but the roots of the vehicle feel comfortably familiar.

While the new Escape takes some of the best parts of its predecessors, the overall design improves at every turn, and there are a lot of upgrades.

When the doors opened on the 2020 Ford Escape, I honestly thought for a second that it was a car, but while the outside of the new Escape looks incredibly trim and sleek, the interior is actually bigger, especially in the back seat.

The first trick to making the Escape look smaller is the front and the grille, which are both slimmer, and the grille in particular looks very futuristic.

From the side, the Escape also looks slimmer because of the swooping design, that makes the height of the vehicle a bit misleading. The new Velocity Blue colour on the SUV also doesn’t hurt making the vehicle look fast even when it’s sitting still.

Sitting down inside the Escape, the first thing I couldn’t help but notice was the moonroof, which looks gigantic. According to Ford, the moonroof is indeed slightly bigger than before, but the new interior design also feels like it frees up space, opening up the SUV to feel roomy and spacious.

In the driver’s seat, the console has been refreshed, making it slicker, and most notably, the SUV now offers an 8″ floating touchscreen in the centre console. The gearshifter has also been changed from a stick to a dial, similar to other new Ford vehicles from last year.

And what about the engine? Escape Titanium will include a rather sporty 2.0 litre engine, and there is also a plug-in hybrid option if you want to save on gas.

After seeing the Escape, I’m really looking forward to driving it later this year. Pricing will be available in a few weeks, and I’ll be sure to share more when I eventually get behind the wheel.

I’ll also have a video from checking out the Escape in the coming days.