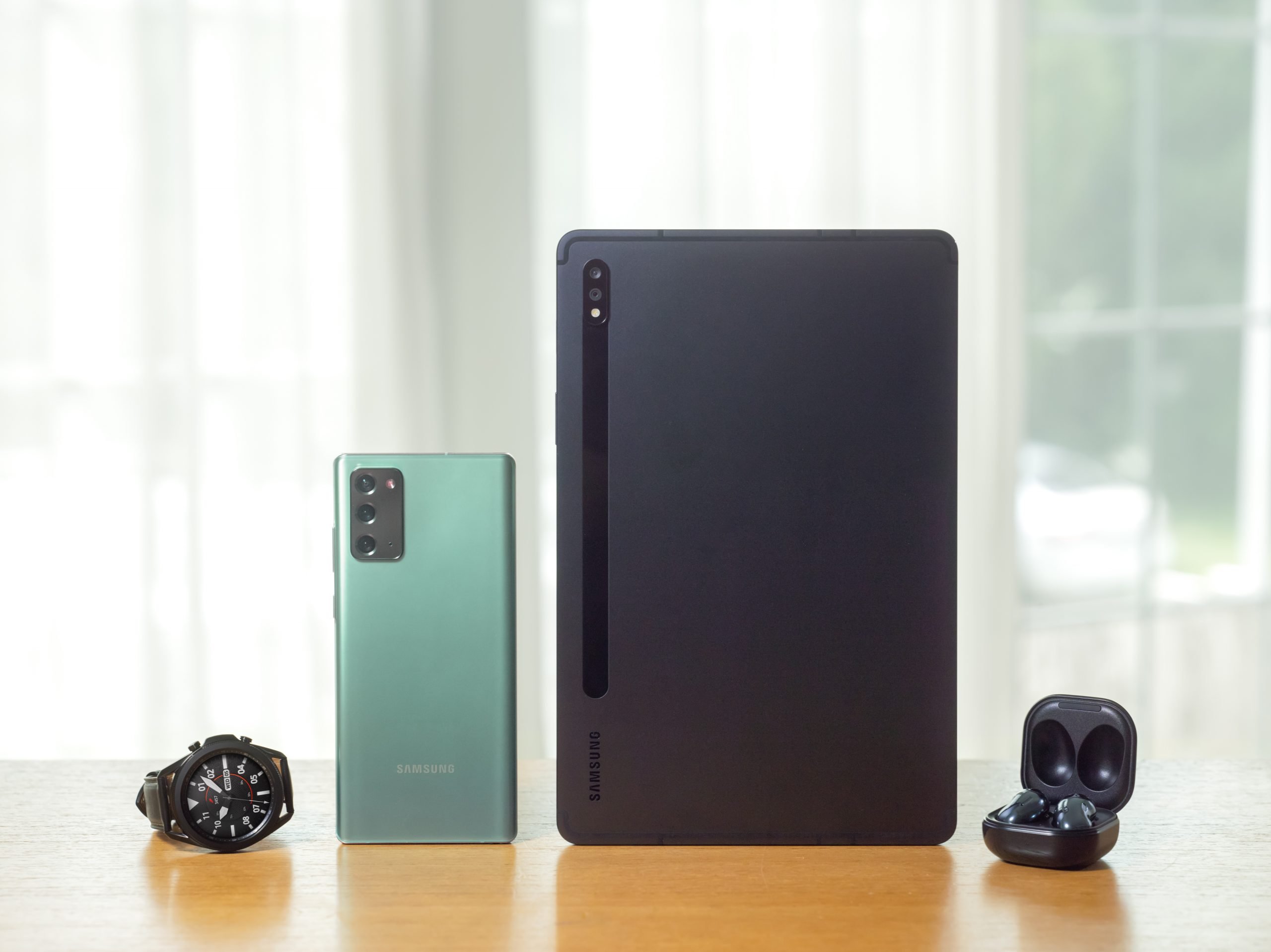 Read more about the Galaxy Note 20 and Note 20 Ultra.

The Galaxy Tab S7 and S7+ tablets feature a better weighted S Pen with a longer tip for a more paper-like writing experience. Similar to the new Note 20, the Samsung Notes app will also feature a number of updates and improvements, and App Pair can open up to three apps at once.

An enhanced keyboard will also be available, and will more closely mimic a PC keyboard for better productivity, while the camera has been moved to the long edge of the tablet for laptop-like use, especially for video calls.

Gamers will be able to sign up for Xbox Game Pass Ultimate to play over 100 titles, and you can pair an Xbox controller.

The Galaxy Watch 3 arrives today in stores and comes in a 41mm and 45mm design, with a slightly larger display than before, and it’s 14% thinner, and 8% smaller.

The watch has a genuine leather band, stainless steel design, and rotating bezel, and you can use a picture to customize the watch face to match the design to your outfit.

The Galaxy Watch 3 also has running analysis and fall detection, as well as sleep detection.

For messaging from the Watch 3, you can now use image reply, smart replies, and it will auto show chat history.

And the new Galaxy Buds Live have a stylish new ergonomic design that’s flatter, and features a 12mm speaker for better sound and bass.

ANC will help reduce low sounds around you, and you can share your music with a nearby Buds Live user, listening to the same songs with “Buds Together”.

A five minute charge will provide an hour of use, and fully charged you’ll get up to 6 hours with the earbuds, and 29 hours of play time including the case.

Samsung Galaxy Buds will come in Mystic White, Mystic Bronze, and Mystic Black and are priced at $249.