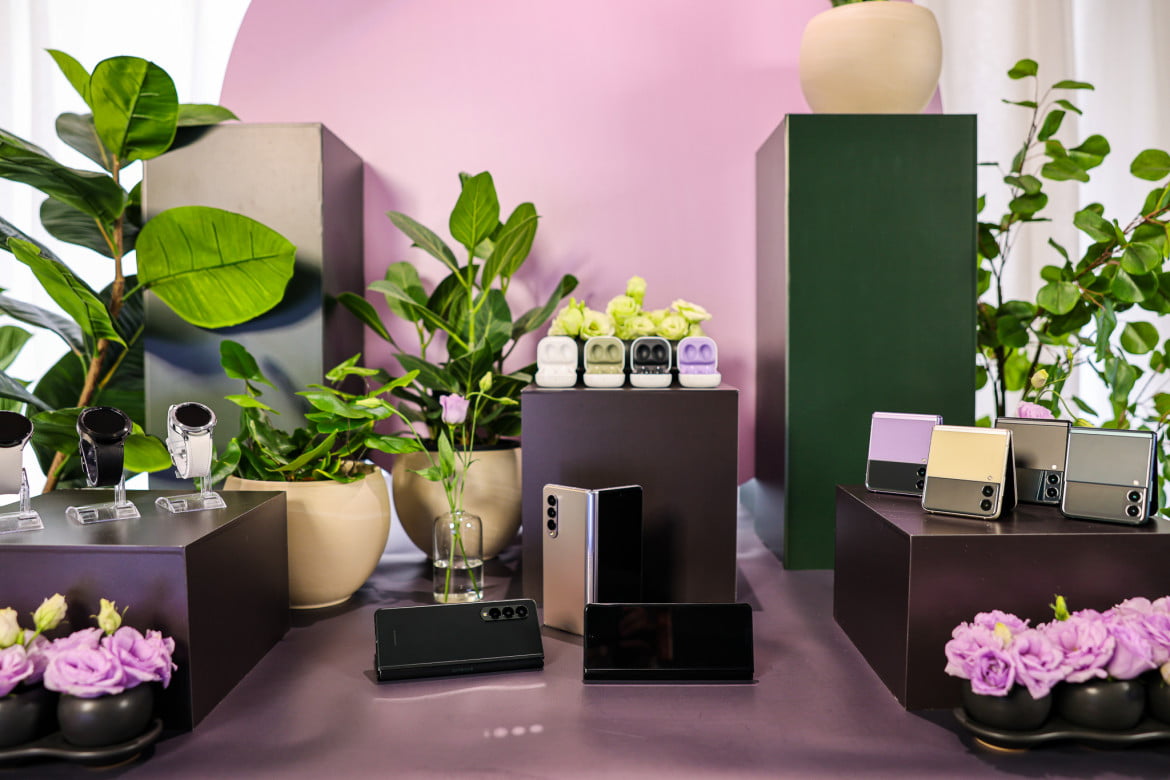 The announcement included a lot of updates to the Galaxy Watch, Buds, Fold and Flip devices, including IPX8 water resistance for the foldable phones, an impressive new sensor for Watch 4, and improved active noise cancellation and sound quality for the Buds 2.

While Samsung’s August event has traditionally been used to launch new Note devices, the company announced earlier this year that there wouldn’t be a new Note, at least for now.

All of the new devices are available for pre-order now, and will be available in stores and for delivery on August 27.

Galaxy fans will be able to take advantage of a number of deals starting today, too. From August 11 until September 10, the first 8,500 customers to buy the Z Fold 3 5G will also get a voucher for either the Galaxy Buds 2, a Wireless Duo Charger, or the S Pen Fold Edition.

Stay tuned for my full reviews of the new devices coming as soon as possible.

Watch my full preview video of the four new devices.

Samsung is also focusing on expanding the Galaxy ecosystem, so in addition to being able to control Galaxy Buds from the Watch 4 widget, users will also be able to use the watch with their Samsung smart TV for workouts.

Watch 4 and Watch 4 Classic use the new Google-cooperative software platform that will work with more apps, and the watches will automatically synchronize key settings between your phone, and the watch.

Galaxy Buds 2 will launch for $189.99 in Canada, and feature four colours: white, olive, lavender, and black, and they come in a white case.

Featuring Bluetooth 5.2, with 3 mics, a woofer and tweeter in a 2-way speaker, and a rounder design, Buds 2 can remove up to 98% of background noise with Active Noise Cancellation, with three levels to choose from.

Machine learning will also help to make calls clearer, and they will last for up to 5 hours, with ANC on, and up to 20 hours using the case to charge.

Both the Galaxy Z Flip 3 5G and the Galaxy Z Fold 3 5G are launching with IPX8 water resistance, and more durable materials, including an aluminum hinge, Gorilla Glass Victus, and improved protective film on the screens.

The fashionable dual-tone designs will come in Lavender, Cream, Phantom Black, and Green, with optional strap covers and cases to make them stand out even more.

While the foldable screen is a 6.7″ FHD+ dynamic AMOLED 2X with 120 Hz refresh rate, the cover screen is a 1.9″ Super AMOLED that offers quick access to some settings, notifications, Samsung Pay, and widgets.

The phone features a dynamic AMOLED 2X screen that’s brighter and has an under display front-facing camera that nearly disappears when you’re not using it.

Samsung revealed that they further optimized the user experience for the bigger screen space, and they have improved the multi-tasking options, while a labs feature will offer the option to try multi-window functionality for apps, so you can have different apps running on the left and right side of the screen.

While there are a number of other features and details, it’s also notable that Samsung is offering an optional S Pen for the Z Fold 3. Samsung will offer the S Pen Fold Edition that can also fit inside a special case for the Z Fold 3.