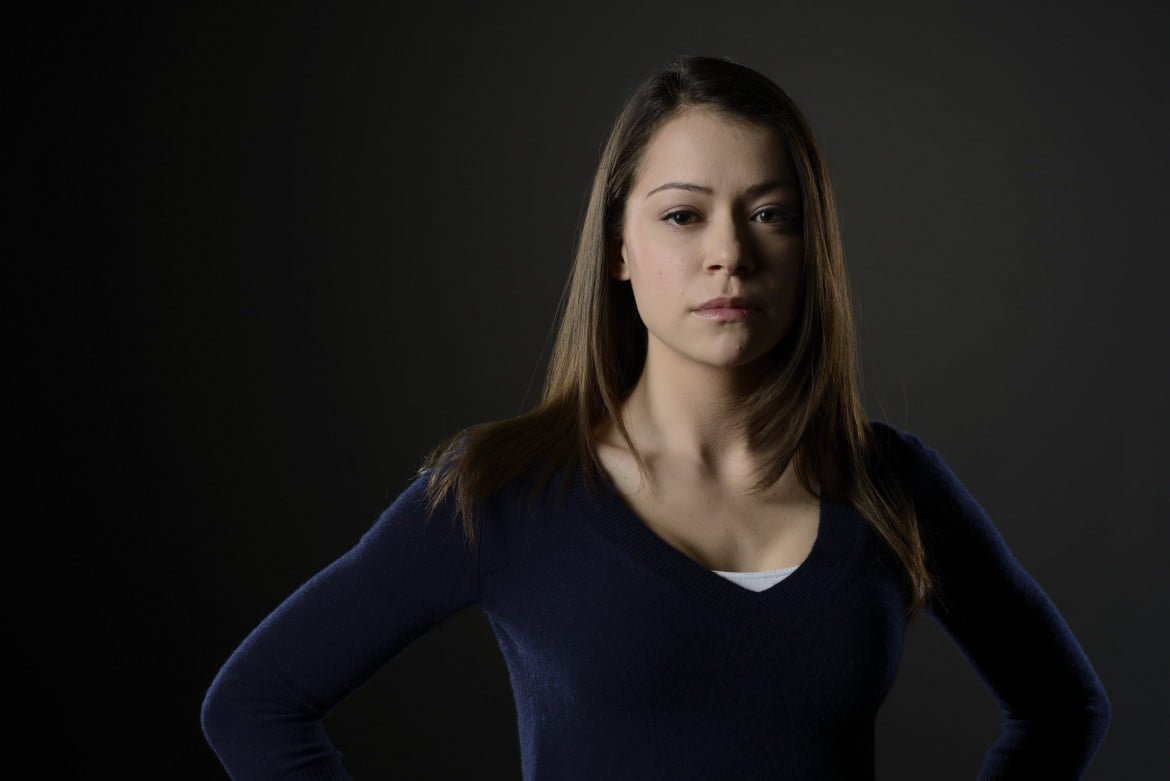 Tatiana Maslany is a friendly, down-to-earth powerhouse, and she is quickly on the path to become Canada’s next rising star, especially as her new series, Orphan Black, is set to debut this Saturday, March 30 on Space.

Named one of the Toronto International Film Festival’s Rising Stars at last year’s event, Maslany is a confident actress who has been performing in film and television for over a decade now, and in that time she’s worked on an impressive list of productions.

Orphan Black, however, is a big step in the next direction for Maslany–it’s the kind of bold series that will likely catapult the Regina-born actress into a full-blown international star.

In the series, which co-stars Jordan Gavaris, Dylan Bruce, the young Skyler Wexler, and Maria Doyle Kennedy, Maslany plays Sarah, a street-smart woman with a young daughter (Wexler), who witnesses a suicide that changes her life. In the instant before the unknown woman steps in front of a train, Sarah realizes that this woman could be her twin, and that makes her react without thinking about the consequences.

Picking up the dead woman’s purse, Sarah takes advantage of the situation to step away from her troubles and take on this other woman’s life. What she doesn’t realize, however, is that she has inadvertently stepped into something bigger than she could have imagined, and that other woman was, in fact, a clone.

Filmed in Toronto, I had the opportunity to visit the set of Orphan Black earlier this year, where I watched filming for one of the later episodes, and had the chance to speak with Maslany about the series, which was co-produced by Space and BBC America.

What the interview can’t show you, however, is Maslany’s incredible portrayal of each of these characters, or how she often has to film the scenes multiple times to capture each of the characters.

Watch the interview to get a glimpse on set, and to hear what the star had to say about the science-fiction drama, her idea of what makes Sarah tick, and how the series bends what fans may expect of the genre to create something unexpected.