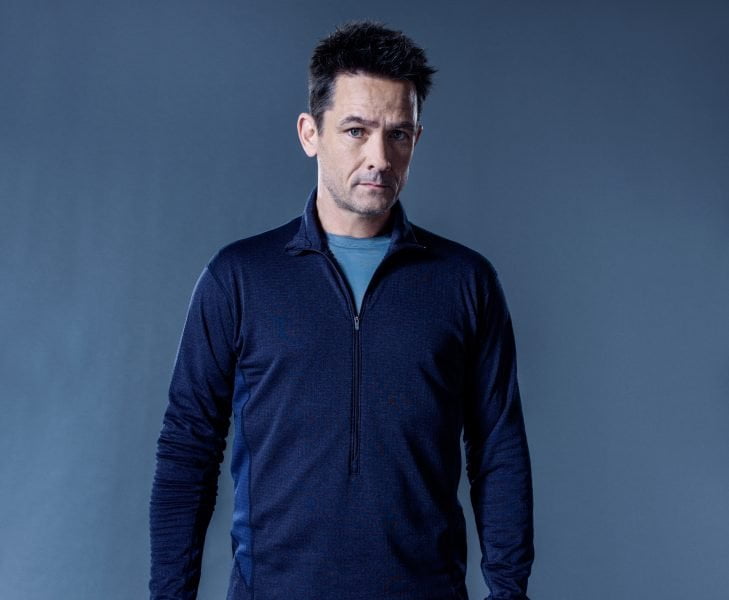 Helix is an enigma wrapped in a riddle and buried in the dark confines of a research base in the frozen reaches of the arctic, and it’s fantastic.

One part thriller, one part whodunit, and one part horror, the series follows a team of scientists from the Centers for Disease Control who have been sent to a private research facility, called Arctic BioSystems, to discover whether there is a threat from a recent viral outbreak. What they don’t realize though is that the outbreak is much stranger and more troubling than they could have imagined, and it’s evolving.

Billy Campbell stars in the series as Dr. Alan Farragut, the lead scientist and investigator who finds himself in an even stranger situation since it puts him on the same team as his ex-wife, Dr. Julia Walker (Kyra Zagorsky), and his brother (Neil Napier), who slept with Farragut’s ex-wife.

Watch the interview below with Campbell to hear what he has to say about filming the creepy series in Montreal, working with his co-stars, and faking the cold of the arctic on a hot summer day.