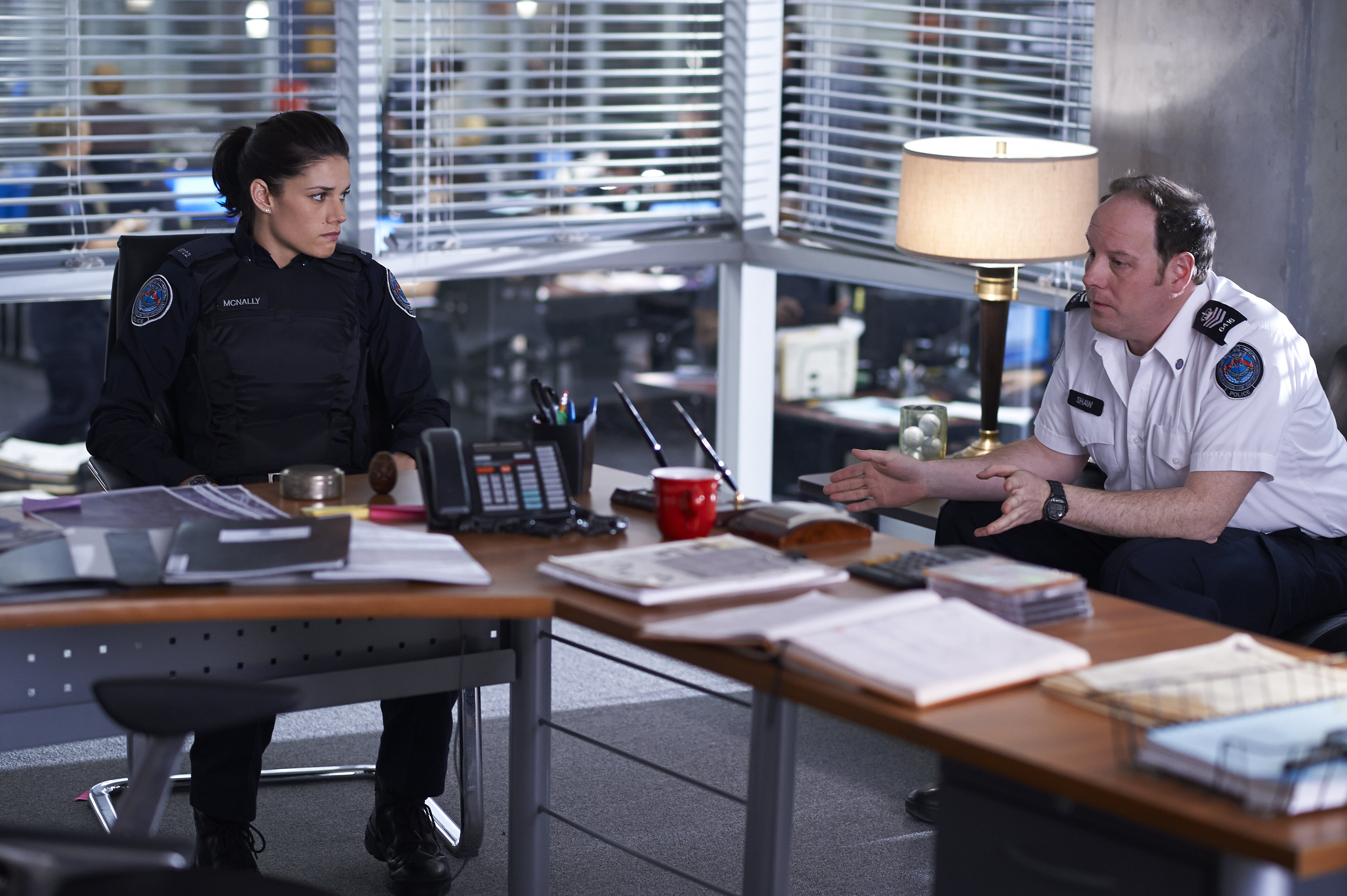 Rookie Blue is the homegrown Toronto drama that keeps fans across Canada and the United States glued to the couch each week, and after the tumultuous fourth season finale, there’s a lot to recover from as season five begins.

Debuting on May 19th on Global in Canada, and June 19th on ABC in the United States, the fifth season of Rookie Blue picks up right where the last season ended, with one of 15 Division’s finest, Sam, recovering from being shot in the line of duty. While Andy deals with her feelings for him, she has a new rookie to lead in training; there’s a new Inspector; Chloe is in a catatonic state recovering from a bullet wound as her secret husband, Wes, and her boyfriend, Dov, come face-to-face; and Oliver is recovering from being abducted.

With all of that in mind, I sat down on the Rookie Blue set during filming for season five and chatted with Matt Gordon, who plays Oliver Shaw, and Priscilla Faia, who plays Chloe Price. The co-stars had just finished filming a scene together as Oliver takes on a new role at the station, and Chloe returns to work.

Watch the video to see the fantastic chemistry between the co-stars, and what they had to say about the new season which has been up-sized to 22 episodes for season five.

Official Rookie Blue season five synopsis: “Season 5 begins with two lives hanging in the balance. Officers Sam Swarek and Chloe Price have been shot in the line of duty, and both are in critical care at Memorial Hospital. But life at 15 Division must go on – the officers have sworn an oath to serve and protect, no matter the consequences. But as the shell-shocked officers struggle to pull the pieces of their lives back together, they can’t help but wonder: will things ever work out the way they’re supposed to? It’s a season of life-altering decisions, and with Andy’s heart torn in two between Sam and Nick, she welcomes the professional distraction of training a challenging new rookie and will learn that sometimes even making the right choice can have serious consequences.”

“Meanwhile, Dov finds himself reeling from Chloe’s marriage revelation and will have to decide if he can still trust her. Dov’s friendship with Chris will also be tested as Chris heads down a dark path — one that might threaten not only his friendships, but his job. Traci is progressing as a detective and in her relationship with Det. Steve Peck until Leo’s father, Dex, launches a nasty custody battle, prompting Steve to get in the middle. Gail is opening up more and more to Holly, but despite her newfound happiness, she must learn how to deal with conflict without resorting to her ‘Gail’ way if she wants to keep her.”