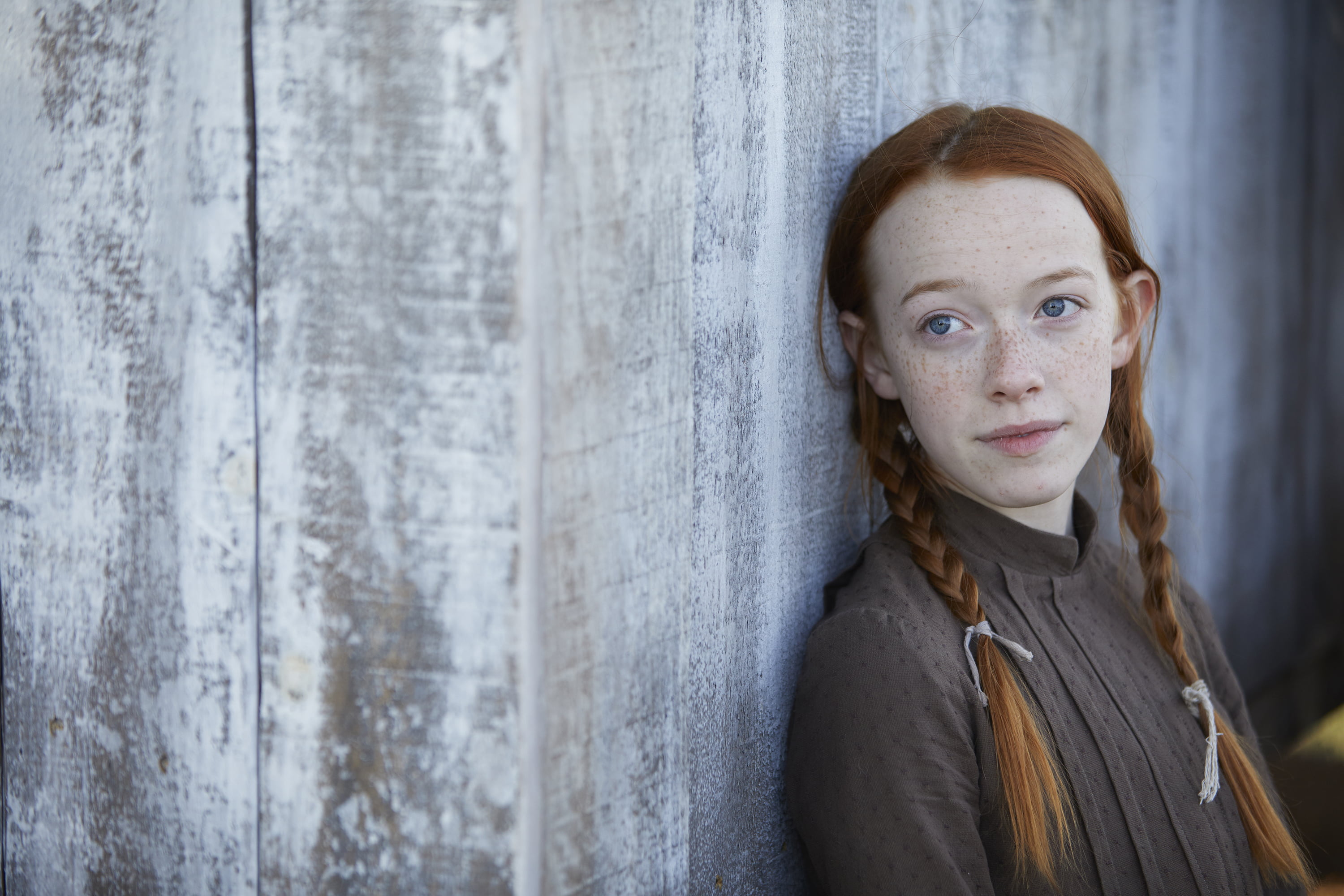 Amybeth McNulty is the incredible, smart, and charming young actress who stars in CBC’s Anne, the remake and reintroduction to author Lucy Maud Montgomery’s iconic Anne of Green Gables.

Anne is one of the best series that the CBC has ever made, thanks to a strong story, a powerful cast, and a star who makes you want to believe in beautiful stories and bright, wonderful tomorrows.

This is an Anne for a whole new generation, and yet she feels just as deeply rooted in Montgomery’s original vision, the only difference being in the way that showrunner Moira Walley-Beckett grounds the young character before setting her loose on her flights of fancy.

When I sat down to interview McNulty about the incredible opportunity of playing Anne Shirley, it was easy to see why she had been picked for the powerful Canadian role. She is outgoing, friendly, smart, and speaks like an experienced star who has been talking about her work for years.

“Our very, very first day of shooting, we shot in PEI,” McNulty said, “which was so amazing for that to be the very first day. I was very thankful… to kind of see Anne’s homeland and what she really does see every day, and to kind of carry those landscapes with me for future scenes where I’m looking out a window to a green screen, but it has to be a beautiful landscape.”

McNulty spoke smartly and eloquently, and praised the work of Walley-Beckett.

“Moira’s writing is just so natural,” she said. “I mean, there was a lot of stuff that I was reading where I would go, ‘I have said that in my day-to-day life,’ and it was perfect because it was very relatable to me.”

Click the image above to watch my interview with Amybeth McNulty to hear what she had to say about the darker scenes with Anne, how Walley-Beckett helped guide her performance, and a few small hints about what’s in store in season one.