Game of Thrones: The Complete Series is out now on Blu-ray 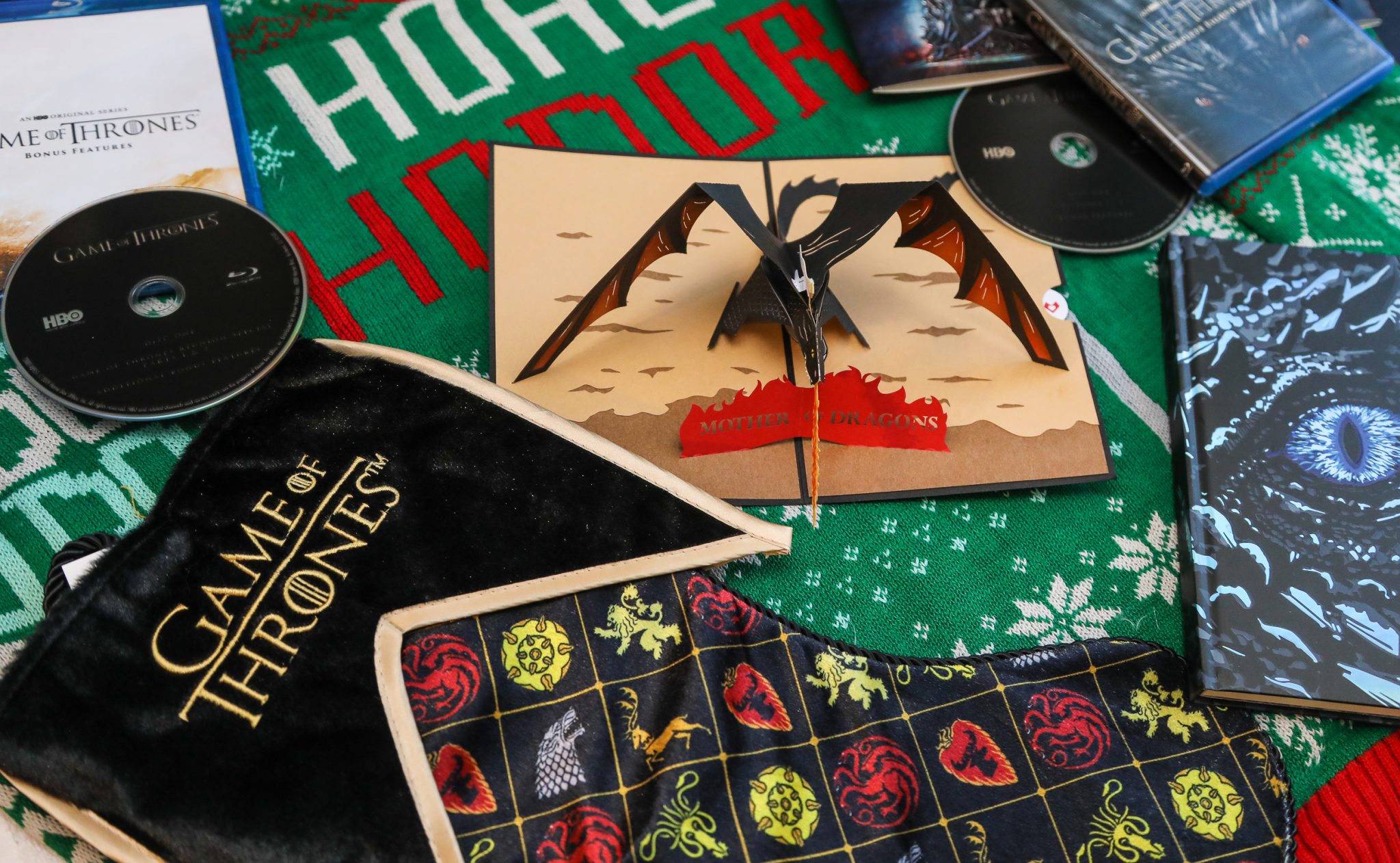 Now this is how you celebrate one of television’s greatest series. Last week, HBO sent me one of the most incredible boxes that I’ve ever seen, and it came with the perfect collection of Game of Thrones goodies just in time for the holidays.

Inside the epic box, HBO sent me Game of Thrones: The Complete Series Blu-ray set, a Game of Thrones Lovepop Card featuring the Queen of Dragons, a GoT journal, a stocking covered with all of the house sigils, and a “Ho Ho Hodor” Christmas sweater.

And, yes, the sweater is absolutely amazing.

Available starting today, Game of Thrones: The Complete Series is packed with extras and makes for the perfect gift this holiday season for the fan who can’t get enough of Westeros and the heroes, and villains, who made the series so unforgettable.

The Complete Series includes 75 hours of the show, and you can also get it in a wooden shadow box case, with each season represented on a different layer of the design.

Rewatching the series is a wild experience too, I have to admit. Even though I remembered some of the major moments from the show, it’s easy to get swept up in the storylines all over again, making some of the best and most heart-rending moments even more powerful.

Included on the Blu-ray there are a lot of special features, from “Game of Thrones: Reunion Special” to “The Last Watch” documentary by filmmaker Jeanie Finlay, looking at the making of the final season. There are also commentaries, a featurette with the showrunners, deleted and extended scenes, and an animated history looking at season 8 locations and storylines.

You can also pick up Game of Thrones season 8 on Blu-ray starting today on 4K UHD, Blu-ray, and DVD.

For anyone looking for some of the goodies from the Game of Thrones box HBO sent me, IML made the “Ho Ho Hodor” sweater, the Wight Journal was by Insight Editions, and the stocking was courtesy of Kurt Adler.