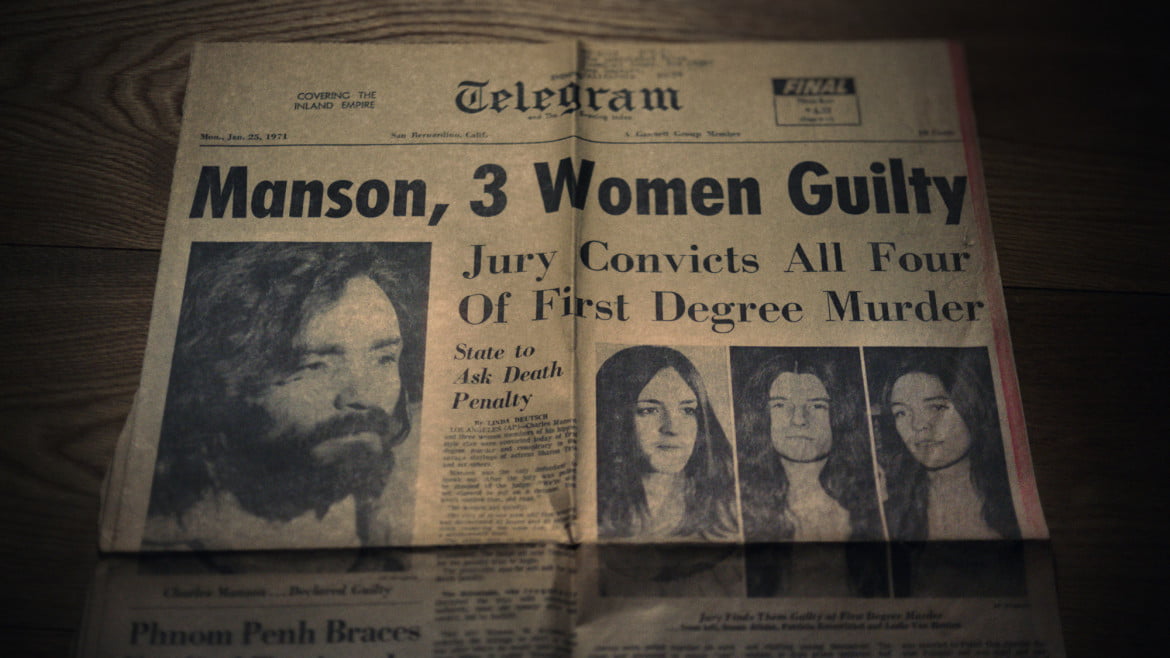 A comprehensive blend of carefully curated interviews and a wealth of archival material, Lesley Chilcott’s six part documentary series Helter Skelter: An American Myth (which premiered in the U.S. last summer, but is now making its way to Canada) takes a deep dive into one of the most notorious cults, crime sprees, and murder trials in history. While much has been made of cult leader Charles Manson and his legion of loyal followers, Helter Skelter: An American Myth is one of the best examinations yet of his shocking crimes and manipulative tactics. Made without the sort of sensationalistic slant that often followed the case since the late 1960s, Chilcott’s series (which credits successful television creator Greg Berlanti and documentary luminary Barbara Kopple as Executive Producers) sticks to the facts, reminding viewers that the Manson tragedy had an overwhelmingly tragic fallout that often gets lost in the more salacious and grisly details.

There are two things that most people widely remember today about the case being chronicled by Chilcott: the iconic image of wild eyed psychopath Charles Manson from the cover of Life magazine, and his followers’ involvement in the murder of actress Sharon Tate and several others at her house, a crime that has been permanently etched into Hollywood history. The former is an example of an image that remains iconic in any form and often without context necessary to strike fear into hearts and minds. The latter – through its connection to major stars and directors, the sickening nature of the murders committed, prosecutor Vincent Bugliosi’s bestselling book about the trial, and the recent arrival of Quentin Tarantino’s tangentially related film – created an even bigger media firestorm, one that refuses to go away.

Helter Skelter: An American Myth dives into the most widely known part of the story immediately, launching into a look at the murders and events surrounding them. It appears like a strange choice at first to not build to this moment without first laying much in the way of groundwork, but Chilcott (Watson) uses her first episode as a chance to hook the initiated and unfamiliar alike by getting the established, mythologized version of events out of the way first. Helter Skelter: An American Myth puts the victims front and centre before talking about Manson in great detail. The first episode also establishes some unsuspecting members of Manson’s “family” as victims who were suckered in by a charismatic leader, only to get caught up in a world of sexual and murderous violence many were afraid to leave behind. Sharon Tate and her friends are no longer around to talk about what happened to them (although former partner Roman Polanski can be seen and heard from in archival footage and via an audio recording of a lie detector test), but Chilcott largely builds Helter Skelter: An American Myth around the people who were there to experience a great deal of it firsthand.

After dispensing with the obvious, Helter Skelter: An American Myth finds more assured and captivating footing from its second episode onward. Chilcott takes the story of Manson’s life back to his roots; growing up impoverished in small town West Virginia and being subjected to a wide range of physical, sexual, and emotional abuse at the hands of his family and, later on, as a young man in prison. Chilcott establishes no excuse for Manson, but rather offers up early explanations as to how his life could’ve taken such a dark turn. 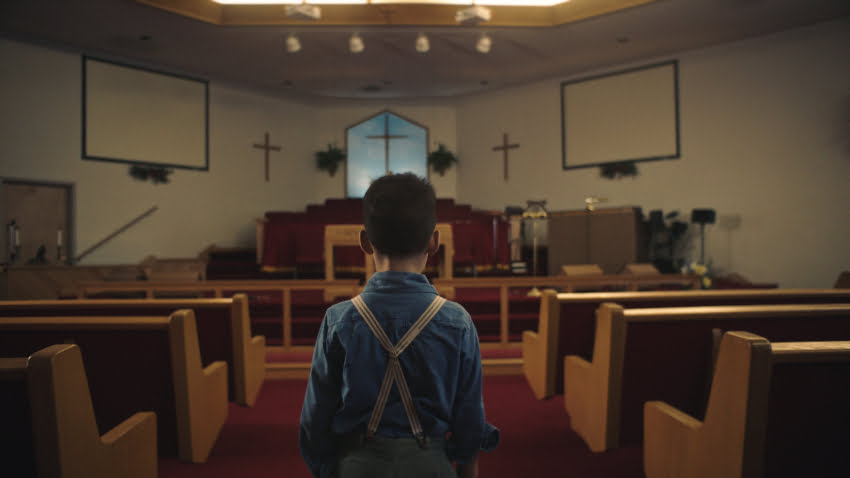 Chilcott also does a nice job of illustrating how someone builds a cult of personality around themself. A frustrated musician at heart – whose well documented friendship with Beach Boys member Dennis Wilson is also the stuff of legend – Manson drew people in with philosophies and beliefs cobbled together from the Old Testament, music (most notoriously The Beatles’ White Album), Scientology, his time spent behind bars and as a pimp, and Dale Carnegie’s self-help bestseller, How to Win Friends and Influence People. Although Manson was able to draw young women and men into his sphere of influence, the late 1960s were also a time where numerous cults, sects, and self-professed gurus were competing in a battle for converts. It was a time of free love and exploration, but it was also a moment where the need to belong to something greater could be easily exploited.

Chilcott goes beyond the Manson family perspective and recollections of the police and lawyers who were around at the time to place the crimes at the heart of her story into a more historically relevant context. It’s not enough to simply see the murders committed by Manson Family members as tragedies that existed in a vacuum, and Chilcott places the media circus surrounding them into a larger picture of American unrest, the likes of which the world hadn’t seen again on such a scale until this past year. Hippie culture, disillusionment with American leadership, high profile assassinations of Martin Luther King Jr. and Bobby Kennedy, and the civil rights movement are all in the background of the Manson case, with the not-so-enigmatic and diminutive cult leader pushing his followers into believing that a race war was going to spark the apocalypse. His goal – at least once his musical ambitious had been largely torpedoed – was to ensure that his followers were the last white people left alive. Much like what we’ve seen in the past year, Manson’s rhetoric was the sort of hot air that sounds ludicrous to most who dismiss it, but becomes dangerous when it’s allowed to fester unchecked.

Outside of briefly revisiting the Tate murders in its middle section to reestablish a sense of a concrete timeline (which also includes gruesome crime scene photos that the series could’ve done without showing, and a better look at how the media initially attacked the victims as people who must’ve led some sort of hedonistic lifestyle), Helter Skelter: An American Myth spends its last few episodes dissecting Manson and his co-conspirators’ lengthy trial. While this section is drier than everything that comes before it, the bits of Chilcott’s series that discuss the trial and public reaction to the murders excel at showing how Manson (who was charged in the murders under Californian conspiracy laws, despite not actually doing the killing) moved from being a marginalized cult leader and into what he always wanted to become in the first place: a celebrity. If “the establishment” wouldn’t accept him, Manson and The Family would do their best to drive the narrative and become leaders themselves. Although clearly unstable and never showing remorse or guilt for brainwashing people into killing in his name, Manson was still shrewd enough to exploit the opportunity to perform in front of his largest audience in a courtroom.

It’s in these final telling episodes that Helter Skelter: An American Myth fully coheres into a fascinating examination of its subject. It takes a long and measured road to get there, but Chilcott shows precisely how Manson was able to manipulate more than the followers that he scarred for life in ways that he had been previously abused. Manson, through his actions and “teachings,” was able to manipulate the entire world in a bid to get the widest number of people to listen to him. It’s a story of a villain who created his own mythology, and Chilcott and her interview subjects are there at every turn to demystify that evil. Helter Skelter: An American Myth is rich in detail and history, but it also nicely reforms the story surrounding the cult at its centre. 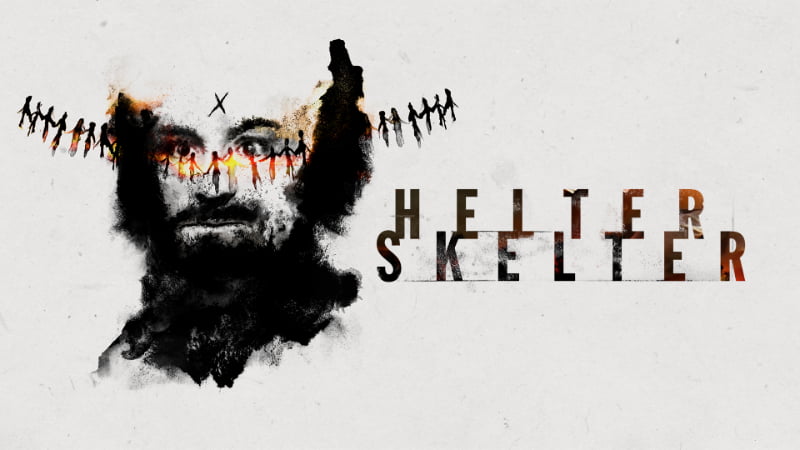