Tell Me Your Secrets | Review

Overwrought, overlong, and morally dubious, Tell Me Your Secrets is a forced, sleazy thriller with all the ridiculousness and depth of a daytime soap opera. It’s a series that so desperately wants to appear edgy, serious, and boundary pushing that it forgets almost any sense of craft and intelligence. If I’m wrong that series creator Harriet Warner’s show is meant to be taken seriously, and Tell Me Your Secrets is secretly a work of high camp, that’s even worse. Even on a “so bad it’s good” level, Tell Me Your Secrets is too nasty, morally repugnant, and painfully convoluted for this to be any fun. It fails to thrill. It fails to move. It fails to be ironically watchable. It fails to even induce anger outside of how shockingly bad it is. It just plain fails.

Karen Miller (Lily Rabe) has just been released from a Texas prison for her role in a murder spree conducted by her serial killer ex-boyfriend, Kit Parker (Xavier Samuel). Karen has moved on from Kit, showed remorse, and with the help of her shrink (Enrique Murciano), she’s ready to start a new life in the sleepy bayou community of St. James, Louisiana under her new name, Emma Hall. Haunted by memories of the past and as the result of someone gaslighting her, Karen gets unwittingly caught up in the small town’s history of missing and murdered young women. Because of her past, Karen becomes a target and suspect in crimes she never took part in. But there are bigger troubles on the horizon in the form of Mary Barlow (Amy Brenneman), a mother of a young woman who went missing and was presumed to be one of Kit and Karen’s victims. Seven years after her daughter Theresa (Stella Barlow) disappeared and can now be considered legally dead by authorities, Mary has become more determined than ever to get to the bottom of things. Mary is so determined that she hires a recently released serial rapist looking to go straight, named John Tyler (Hamish Linklater), to find Karen and bring her back to Texas for some personal questioning.

Tell Me Your Secrets – which was picked up by Amazon after TNT very, very wisely passed on the series – starts in an uncomfortable and decidedly unentertaining place and quickly devolves into a cavalcade of hammy performances, obvious red herrings, introductions of psychics and Bayou mysticism, unnecessary time shifting for the sake of big reveals that could be handled better, and far too much plot for a single mystery to handle. From the first episode until the season finale, Tell Me Your Secrets keeps piling on new characters and subplots that distract from something that could have been a dark and somewhat inspired thriller. Around the time Karen starts shacking up with a kindly local cop (Marque Richardson) and striking an unlikely friendship with the bullying daughter of the town’s wealthiest and most connected family (Chiara Aurelia, tasked, unenviably, with playing one of the most inconsistently written and baffling characters in television history), Tell Me Your Secrets has left any pretense of cleverness behind in favour of throwing everything it can and hoping something sticks.

From the outset, it’s clear where most of Warner’s work is heading, with a couple of key exceptions. (Admittedly, the ninth episode introduces a wrinkle that I wasn’t expecting, but just because I wasn’t expecting it doesn’t make it good.) A lot of energy is expended in trying to make the viewer wonder if Karen – with her faulty memory and checkered past – is secretly crazy. Karen is treated with such obvious disrespect – even by her alleged friends – that it scarcely matters. If she’s telling the truth and she isn’t involved with the new disappearances (tied to the local group home for wayward girls) or her boyfriend’s killings, Karen has suffered tremendously for no good reason at the hands of the ultimate villains. If she did all this stuff, everyone around her is already so loathsome that it’s all a moot point. Tell Me Your Secrets stumbles so early and often into logical and thematic traps that past the halfway point two things become apparent: none of this can wrap up in a single season and there’s no satisfying or logical conclusion in sight. 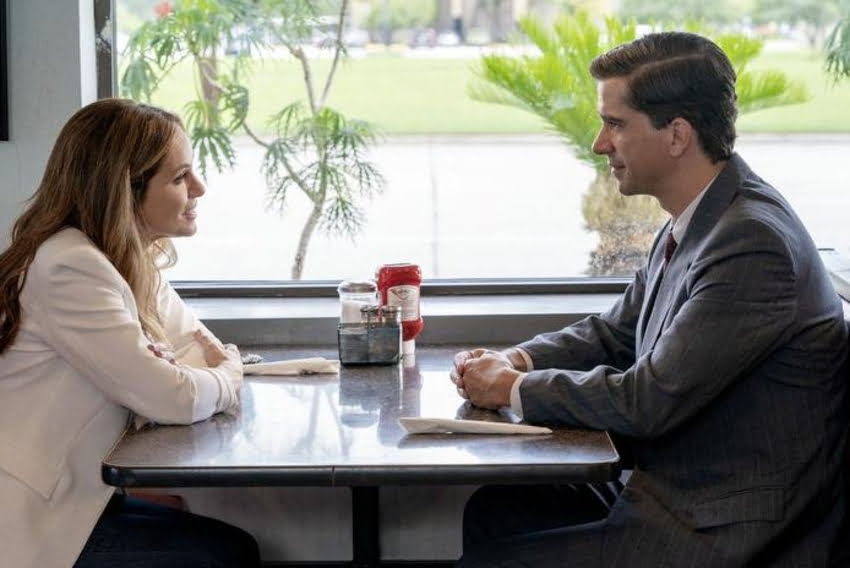 There’s an obvious need for Warner and executive producer/frequent episode director John Polson to to take good taste to its breaking point with their tale of fractured, violent people seeking redemption. But it’s also obvious that Tell Me Your Secrets was made with basic cable in mind – even with the inclusion of a main character that’s a serial rapist – and the results are a show that’s simultaneously in horrible taste also not going far enough to make any meaningful impact. (Seriously, I would love to see the meeting where this pitch was accepted, and just as interested to see the reaction of the network when this is what they received.) To compensate for its obvious shortcomings, Tell Me Your Secrets cranks up the ludicrous dial, rips the knob off, and gives it a viking funeral. That might be fine if the show realized how skeevy and trashy it is, but all signs point to a show that thinks it has the potential to be the next Hannibal. It might be unintentionally funny if one forgot that the show is about missing and exploited women and has a serial rapist as one of its “protagonists.’

Rabe honestly tries her best, and the character of Emma/Karen remains one of the sole bright spots throughout Tell Me Your Secrets. It’s a great character and a good performance in search of a much better show. Murciano plays a character that’s morally fluid without a shred of humanity or subtlety (which is a bigger failure of the writing than the acting). Brenneman’s increasingly unstable and underhanded mother does horrible things to forward her own agenda almost from the first time viewers are introduced to her, reducing what could’ve been genuine moral conflict to hysterical shouting, moustache twirling and scenery chewing. As for Linklater – a usually reliable performer – the show and actor pitch the character as a cross between Sherlock Holmes, Hannibal Lecter, and what I can only assume is a healthy dose of Sheldon from The Big Bang Theory. It’s an unsettling character framed in the most painfully awkward way; one that only grows more inexcusable when the inevitable happens.

After a story that could make for an okay movie in the right hands lumbers towards its final episode, it becomes clear that Tell Me Your Secrets has nothing to say, but it’s intentions are to drone on endlessly until viewers give up on it. It’s a cruel show that’s so patently uninteresting and unnecessarily padded that the cliffhanger ending feels every bit more like a threat than a promise. The subject matter at hand is off putting in the extreme, but part of me still believes that someone could have turned this into a thoughtful and watchable series. An edgy show should dare people to go down its dark path, not dare them to sit through the whole thing without getting bored or frustrated. Instead of waiting until the end of Tell Me Your Secrets to take a cleansing shower, one should save themselves ten hours and just go straight to the bathroom before pressing play.

Tell Me Your Secrets is available to stream on Amazon Prime Video starting Friday, February 19, 2021. 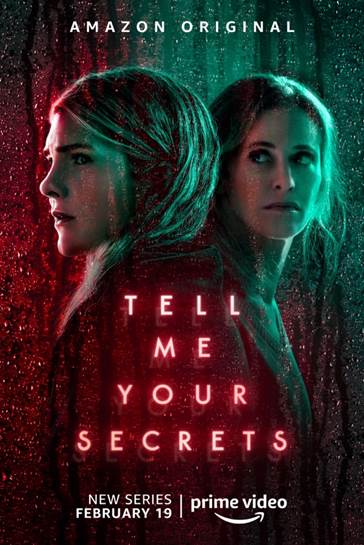 Jessica Lowndes talks Mix Up In The Mediterranean,...

wow, your distain for the show is overshadowed by your propensity to dwell on the most negative aspects and expand them in a way that attempts to show how well you can write but instead just causes someone to stop reading your article halfway through.

Series plot and acting ok, however the hidious loud music at times drowns out the dialog.

I couldn’t stop watching this show.. two days and i was done with the season. Absolutely love the show. Would really like to see a season 2 now that i know Teresa is ali e and took Karen’s daughter. Such a thrilling and exciting mystery show. I love it!!!!!