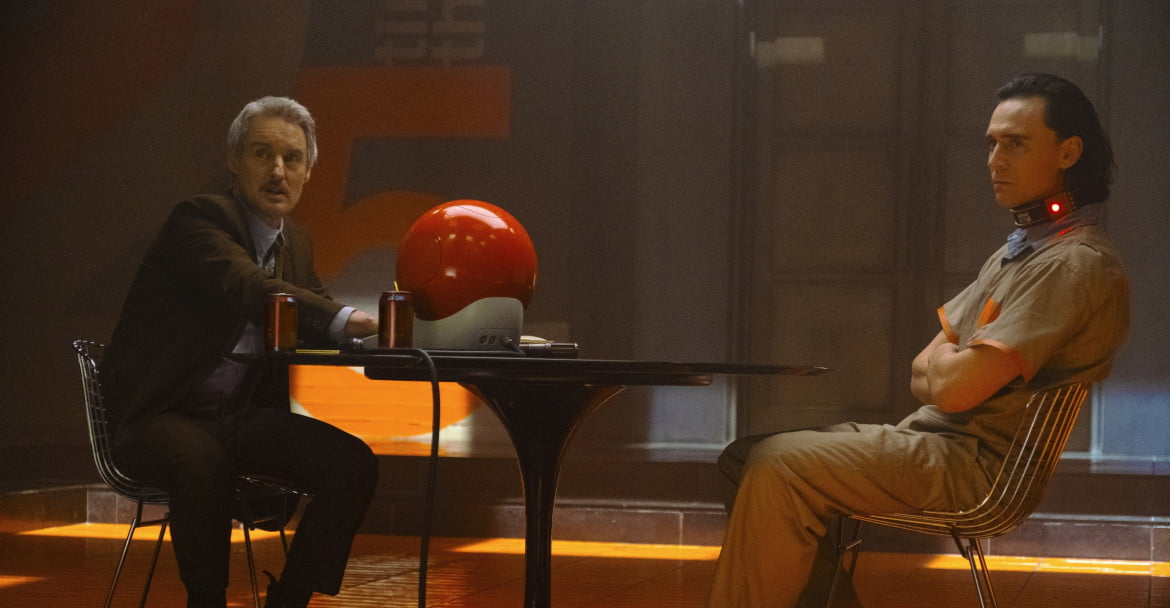 Loki is one of Marvel’s most complicated characters. He’s a hero, a villain, a frenemy, and everything in between, and starting Wednesday, June 9 on Disney+ his series kicks off with a brooding adventure that spans the timeline.

Avengers: End Game setup a chain of events that is likely going to be a big part of the next phase of the Marvel Cinematic Universe. In that film, Loki, played by the one and only Tom Hiddleston, picked up the Tesseract and vanished to parts unknown. Now, in Marvel’s Loki, we finally get to see what happened to him, and why the Time Variance Authority (TVA) are after him.

Just a hint though, it’s not good, and it’s going to lead to trouble.

As far as the TVA is concerned, it’s a massive organization, and no one there seems to be a fan of the god of mischief’s work. That includes Agent Mobius (Owen Wilson), Judge Ravonna Renslayer (Gugu Mbatha-Raw), and Hunter B-15 (Wunmi Mosaku), to name a few.

To launch the new series, the key cast, executive producer Kevin Feige, creator and lead writer Michael Waldron, and director Kate Herron sat down to chat about the who, what, when, where, and why of Loki. Read on for the story of how the team came together, and what to expect from the Marvel series.

Watch Loki starting on Wednesday, June 9, only on Disney+.

So what was it like for Hiddleston when he realized he was going to get to play Loki again? As he admits, it was unexpected.

“[It was ] a combination of delight and surprise. I think it’s probably the accurate way of describing it,” Hiddleston said. “I was so excited by the idea and I also had to scratch my head a bit because that scene in Avengers: Infinity War had felt so conclusive as the end of Loki’s story.”

“But I knew that Avengers: End Game was coming around the corner. And in that scene, in that film, Loki picks up the Tesseract and disappears in a puff of smoke. And where does he go? When does he go? How does he get there? Kevin [Feige] and Louis d’Esposito and Victoria Alonso all reassured me that that would be the starting point of the series. And there were so many places we could go, so many possibilities to think about.”

“And in due course, everybody that you can see [points to the other cast and creators] jumped on and had so many brilliant ideas and created thi new show, which I think is really exciting and I’m happy to be doing it.”

For Kevin Feige, he suggested that they had the plan started for Loki while they were filming the last Avengers movie.

“What that meant and where that specifically would go, we didn’t know, but one of my favourite things coming out of End Game was people saying that we forgot to tie up the loose end of Loki. Loki just disappears. And we forgot to mention what happens to them at the end of that movie. And at that point, we did know that there was Disney+ coming in, and it became very exciting to make people wait until, we figured out what the show would be, and now, finally, two days from it being unveiled to the world is pretty cool.”

After the idea, came head writer Michael Waldron, and his plan for the story.

“I was just thinking Loki is D.B. Cooper. That’s all I was [thinking],” Waldron said. “I was so excited about that opportunity.”

“When I heard that it was going to be a series about Loki. It was already, you know, my favourite character in the MCU and it was going to have a time travel element. Just the opportunities for chaos and fun within that. Obviously it seemed like it would be a great time as writers, so I just went after it and started eliminating my enemies one by one, so I could try to get the job.”

Coming in to direct the series, Kate Herron said that she had a plan to get the job.

“So, yeah, consistency, I guess, and being a pain in the butt, got me the job.”

But there’s a lot more to it than that, as Feige, Hiddleston, and Waldron said. Herron helped shape the whole series.

“For years and years, we’ve loved the idea of it, but just didn’t know exactly what to do with it before Kevin and Stephen had the idea of putting it up as a major part of this show, but it’s really Kate’s meetings with us and her pitch that brought in all those references and allowed us to look at this in a slightly even different genre than we were anticipating.”

“So that’s my answer. Our inspiration was Kate and her and her pitch for this job.”

And then there’s MCU newcomers Owen Wilson, Gugu Mbatha-Raw, and Wunmi Mosaku. How did they feel about joining the universe of characters?

“Well, it’s exciting to be a part of it. You know, with seeing the trailers start to come out, and how excited people get,” Wilson said.

“I’ve kind of talked about how I worked on a lot of things, but the secrecy sort of surrounding this, I didn’t quite understand until I saw that it’s just so much, and the fan base is so revved up and passionate and Marvel’s just so committed to trying to surprise people. So then you kind of get into it.”

After that, he said he was definitely “walking on eggshells… because you’re not quite sure now if this happened in episode three or four, or one, or have they already seen it? And so I just tend to sort of fall back on ‘There’s some very shocking things that are going to happen.'”

For Judge Ravonna Renslaye, Mbatha-Raw has a lot of story in the comic books, but that didn’t necessary play a part in Loki.

“Well luckily or unluckily for me, Kate explained to me that this was sort of more of an origin story for Ravonna Renslayer, you know, sort of predating some of the stuff in the comics,” Mbatha-Raw said.

“So all that stuff is there, but there was also the opportunity to feel like we were starting with something fresh with the TVA that hadn’t been seen before by fans on screen. But there’s so much there that I feel like there’s plenty of potential for her in the future as well.”

On the other hand, Wunmi Mosaku plays a brand new character, made just for the series. So how did that impact her role?

“Yeah, no pressure because no one’s got any ideas of what they want her to be,” Mosaku said. “I can bring you who she is and you have to accept it, and that’s just as it is. And I kinda liked that because it does feel like a bit of pressure when you’re joining the MCU. It’s like, it’s the MCU and yeah, being able to just have like a clear slate and just do whatever I want to do with Kate and you know, it’s just, it’s great. It’s fun. It’s kind of free.”

Finally, what can you expect from Loki?

“Well, stylistically, I would say like me and my DP, Autumn [Durald], we were really inspired by a lot of film noir… and you can see that in our lighting and how we approached it. Seven is a very heavy influence. There’s a little reference to Seven in episode two, of a little needle drop, which I’m sure fans of that film will recognize instantly.”

For Waldron, he said “I think Fincher for sure… Zodiac and The Silence of the Lambs were two specific [influences] we were really looking at a lot in the writers’ room.”

There is a lot more to cover from the Loki press conference, so stay tuned for more with the cast and creative team throughout the week.