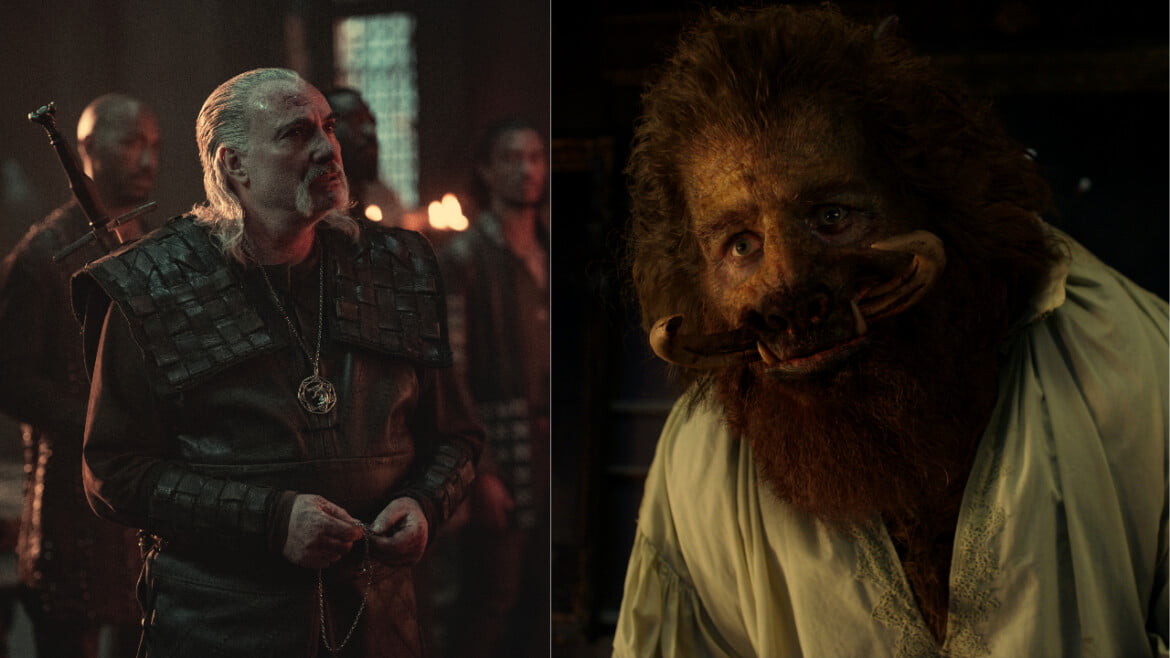 Season two of The Witcher premieres on Netflix December 17, and the new chapter reveals a number of new characters, including Kim Bodnia, who plays Vesemir, and Kristofer Hivju, playing the wild and literally woolly, Nivellen.

Bodnia plays Geralt’s mentor and the oldest Witcher, Vesemir, while Hivju plays an old friend of Geralt, Nivellen, with a monstrous curse.

For the two talented new co-stars, known for Killing Eve and Game of Thrones, respectively, joining The Witcher for season 2 was really highlighted by working with Henry Cavill and his knowledge of the books and games, as well as what he brings to Geralt of Rivia.

Chatting with Kim Bodnia about his favourite parts of bringing Vesemir to life, he came back to the storytelling, and the heart of the work.

“I love emotion. I love sensitive feelings,” Bodnia said. “[With] Henry and Freya [Allan], both of the scenes that I have with them, it was incredibly lovely to see how they are finding out and developing their characters. It was such a goal for me as an actor to see how they work… with characters that were so grounded from the beginning.”

“They gave me so many moments of acting experience and love for what I’m doing,” he said, and really appreciated one moment in particular with Ciri in the Witcher home base, Kaer Morhen.

“I love him. He’s wonderful,” Hivju said. “He’s a true gentleman, and he’s the most handsome gentleman that I’ve ever met. Sorry, Kim.”

“It was wonderful, and he’s like a library of the universe. He knows so much about [The Witcher franchise], and I felt like Nivellen’s path was to show another side of Geralt, who’s a bit more relaxed and to get some smiles on his face and have a bit of fun.”

Watch The Witcher on Netflix, and watch the full interview with Bodnia and Hivju below.